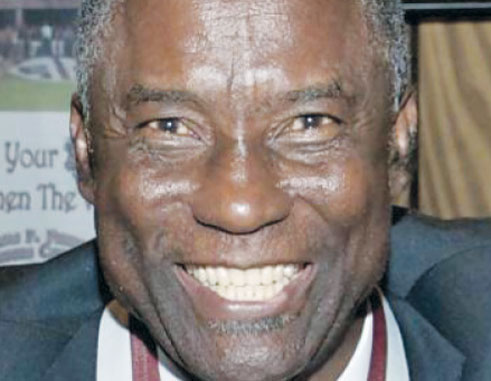 THE Vieux Fort Comprehensive Secondary School has distributed to six students the first Cheikh Anta Diop Awards that support their study of History at the school.

From Form Four, Ms.JennaveyAuguste, Ms.SolangeMartelly and Ms. Merissa Maurice each received approximately $166, and from Form Six, Ms. Omega Alexander and Ms.Cassian Neptune each received $250 towards the purchase of their history texts.

The award is sponsored by Dr. Humphrey Regis, a native of Dennery, an alumnus of Vieux Fort Comprehensive Secondary School, and a Professor in the School of Communication at Texas Southern University in Houston, Texas, United States.

It receives its name from Cheikh Anta Diop, the multidisciplinary and interdisciplinary genius from Senegal who revolutionized the study of the history and heritage and culture of our people.

The aim of the award is to re-establish the subject of history to a prominent place in the hearts and minds of our young citizens, and to engender interest in the subject as an important feature of our sense of ourselves as a people and as a point of reference for our national development.

To support the Cheikh Anta Diop Awards well into the future, Dr. Regis, has made a financial contribution, and intends to contribute proceeds from the sale of his latest book, which he has published with the School to mark the 50th anniversary of the establishment of the School.

The book, ‘Liberated Academics in Studies of Caricommoners’, includes papers Dr. Regis has presented at conferences, articles he has published in journals, chapters he has published in other books, and a special recognition of deceased VFCSS History teacher S. Wayne Louis.

The book also includes special contributions by Dr. Hollis Liverpool, also known as calypsonianChalkdust, and two other experts, and reports the research they and Dr. Regis have conducted on Saint Lucia, the Eastern Caribbean, and the Greater Caribbean over more than four decades.