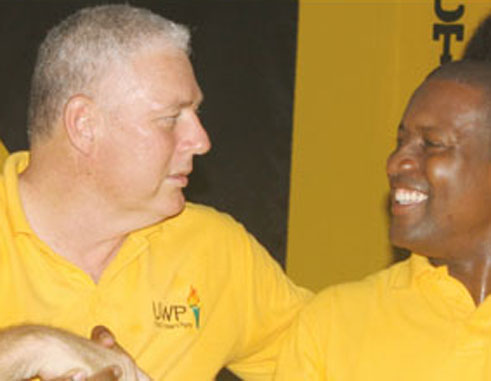 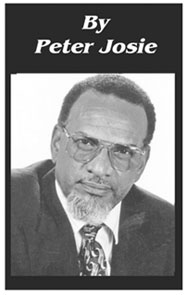 FROM my vantage point there were at least three other winners last Sunday at the convention of the United Workers Party (UWP). The declared results of the orderly and exemplary process wherein delegates and financial members of the UWP lined up to cast their ballot showed Allen Chastanet the clear winner. For many, including this writer, the results were no surprise. Chastanet whopped his competitor by as wide a margin as he defeated Stephenson King, last year. The only difference is that no one is crying foul. Dr.Preville has taken his defeat as a man should and his concession speech must have endeared him to many.

From the results it seems clear that the UWP is now ready to take the fight to the Kenny Anthony’s SLP at the next elections. The UWP would not change a sure winner for a new and untested novice, even one with a doctoral degree. So, we pity those who were deluded. Claudius Preville did not win what he intended yet, in some ways he is one of the three un-announced winners last Sunday.

The others are the United Workers Party and the people of Saint Lucia generally. Why Dr.Preville? For my part Preville carried himself with the confidence and dignity befitting one who would aspire to high office. He did not seem out of place among the many ordinary folk who met and greeted him even though he might have been aware that many of them would not vote for him. My political instincts and experience tell me that such conduct is the touchstone and excelling mark of political leadership and diplomacy. His final tally of votes may have been a disappointment to his supporters but they, like him, now know the temperature of the water. ‘Come, work, and then aspire.’ He has finally made himself available to the party and to assist its preparation for the fight against the SLP.

It was the first time that many were observing him in such a mass political setting. After this and later listening to his concession speech it was generally agreed that Preville had raised the bar. Humility is never misplaced within the bosom of an honourable man. Claudius Preville demonstrated some measure of this rare commodity and he did so with dignity, assurance and pride. He seemed then more deserving of a seat in the parliament of Saint Lucia than some who now darken and sully the halls of this important institution.

Seeing and hearing him last Sunday it dawned on me that it is high time that Castries regains its place as one of the Caribbean’s most attractive and cleanest capitals – and perhaps the intellectual centre – (think Owen King, Walcott, Lewis and others) – of the region. Castries, more than any other constituency in Saint Lucia is deserving of one such as Dr. Claudius Preville; his place of birth being as irrelevant as that of those who have gone before him. I am aware how much courage and hard work such a move entails. But if the leadership of the party, including relevant constituency groups, put their minds to it anything is possible in the coming political tsunami. Preville has shown that he is aware that those who wish to make omelettes must first break eggs and that the UWP has a history of making omelettes. The two should work well together.

Notwithstanding Preville’s commendable performance and deportment it was clear that Allen Chastanet was by far the preferred choice for party political leader. It was also observed that Preville demonstrated a similar weakness to that of many new entrants into the political arena. He tended to confine himself within a small admiring caucus whereas a tested man-of-the-people would be all over the convention grounds meeting and greeting supporters from all age groups, including those who had challenges with mobility and may not have met him before.

The UWP convention of November 2, 2014 was the thirty-eighth for the party. This year the party has also been celebrating 50 years since its formation. It is no secret that since the passing of its founding father and the man who led it for most of those 50 years, the UWP has had some serious challenges. At one point in the last seven years it even appeared that the three Ali Baba and their excessive greed would have killed off the party after they had contributed to the demise of its aging leader. The party’s resilience and survival are due in large part to the many faithful supporters who refused to dishonour the past by allowing the renegades of the present to take a more firm hold of the party. The convention last Sunday was a vindication of the determination of the rank and file to seize the party from such insolence, arrogance, deceit and attempted illegality.

It is due in large part to the quiet and determined work of the many stalwarts of the party that one is pleased to observe that the UWP was the second biggest winner at last Sunday’s convention. In every organization there are always those who work faithfully and hard and ask for nothing in return. In fact, such persons are often thought of as weird or stupid in a world that is increasingly focused on personal gain. There will always be those who do not work, who are un-cooperative, disruptive even, but who expect to enjoy the fruits of another’s hard work. Yes, the UWP has its own share of free loaders. But time and increasing political consciousness of the masses should take care of such persons. For those who continue to work faithfully, tirelessly and freely and remain loyal to a cause for which the party stands their reward is greater than that which any man can offer. Satisfaction from a job well done is the reward which only true and dedicated workers can ever know. Work becomes its own reward!

To such party supporters the result of last Sunday’s convention is like a beacon pointing to victory at the next general elections. They know within every cell, tissue and organ in their bodies that a United Workers Party under Allen Chastanet supported by the best candidates the party can muster is the best thing that can happen to Saint Lucia, the island they all love. It is for this reason that the people of Saint Lucia as a whole are the third biggest winners from last Sunday’s convention. When the party leadership claimed in its 2006 campaign that, ‘everything I do, I do for you,’ the electorate had sufficient historical evidence to support such a claim. Given the interregnum since his passing after the 2006 general elections, and given the ascendancy of Allen Chastanet to the political leadership, the UWP is now back and poised on its familiar path to victory.

Between 1979 and 2006, I served Saint Lucia with four prime ministers. There is one lesson I have learnt that I now wish to share. Weak and uncertain leadership never succeeds in anything, more especially in politics. It is far better to have one lion leading a flock of sheep than a thousand sheep leading one lion. Trust me, I’ve been in the belly of the beast and I’ve seen weak leaders confronted with difficult situations sweat and shiver and wet their pants. I think far too many people aspire to high positions for which their character, their mental toughness and their value systems have not adequately prepared them.

The UWP must now seize the time and match SLP blow for blow armed only with rock solid information and a willingness to clean-up SLP’s mess, whilst moving the country forward. The rallying cry: ‘coupe pas coupe Flambeau ca entway’ must be firm and determined. Any flambeau not fully supportive of Allen Chastanet is an opponent who must meet the full brunt of the UWP’s march to victory.