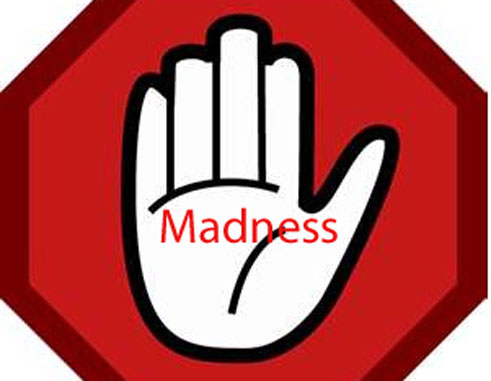 WE’VE lost count of the actual numbers, but it does appear that every three or four months, a mentally ill man is gunned down by police in our country. It’s a matter for serious concern and seems to reflect the widespread disregard for human live that we see all around us.

It also questions the prevalence of mentally disturbed or ill persons on our streets and in our communities, which itself, is another dangerous occurrence that can have serious consequences for a country which depends on tourism. Not that we have not had in St Lucia, cases of mentally-ill persons attacking and injuring visitors, but it appears that we learn nothing from such experiences and this is worrying.

It cannot be that because a person has a mental problem he must be shot down like an animal in full public view. This is barbarism. But we recognize that the killing of mentally-ill persons by the forces of law and order has become almost a worldwide phenomenon. A United States report last year estimated that half the people fatally shot by law enforcement officers there suffered from mental illness.

Training law enforcement personnel to handle mental patients is also a problem. In many countries, such training is receiving high priority attention, yet in a place like the United Kingdom, 61 percent of police officers felt inadequately trained to handle mental patients. We recognize that some effort has been made in St Lucia in that direction, but not enough, apparently.

Still it is time for the madness to stop, the madness of shooting down mentally-ill persons by the police. It is clear that their approach to confronting such persons is totally wrong. In fact, armed and uniformed police is not the way to go. Experts say that a mentally ill person needs the calm, caring voice of someone who understands the illness; that persons in uniform—and armed with guns at that– can be very frightening to persons in mental crisis. The sight of a police officer shooting to death a mentally-ill man armed with two stones, as has happened here in St Lucia should forever haunt us all. Human life, even the live of a mentally disturbed person, should never be made out to be that cheap.

We are not aware of the content of the training programme held in St Lucia last year to equip police officers to deal with mental patients, but the results of the last few months may question the effectiveness of that training . There’s a 40-hour Crisis Intervention Training (CIT) being used in the United States that has been touted as the most comprehensive in the area of police officer mental health training. Maybe it’s time we took a look at it.

But whatever is done, we cannot continue allowing our policemen to shoot down people—and mental patients are still people—in the streets like dogs. It is uncivilized.