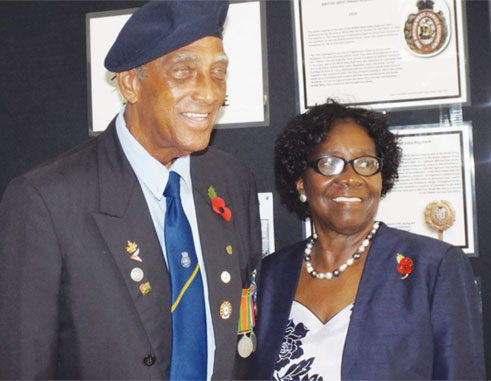 AS St. Lucia joined the international community to recognise the one hundredth anniversary of World War One, Ambassadorial representatives from the nations who fought against each other as sworn enemies during the war of 1914, came together to deliver a message of peace and unity.

Dame Pearlette said this event should be held more frequently as it stands to be more beneficial for the future generation. She said: “If we keep doing these events each year, it will be least likely that we will forget”.

Dr.Görgens invited everyone to cherish the promises of peace made at the end of the war. He said: “Let us make wars and isolation a thing of the past”.

French Ambassador de La Moussaye echoed the findings of many historians past who all said that the war was a pointless one that could have been avoided. He said it wouldn’t have happened if diplomacy had played its role with the use of better communication. This, he said, should be a learning example to all today especially the youth so that they don’t repeat the mistakes of yesterday.

“We need to build peace in everyday life through diplomacy”, the Ambassador said.

The event ended with a stirring short film by Dale Elliot called “WW1 Untold Stories, Guts Guns and Glory”. The highly informative film depicted the explanations, details and events before, during and after the four years in the trenches of war.