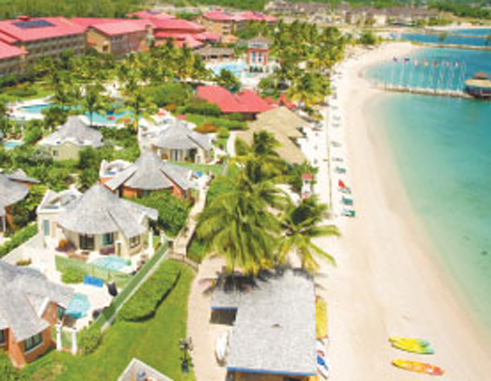 WE “cannot live by bread alone”. Neither can we live without bread. Our Sir Arthur Lewis has entreated us that investment by invitation was the way to go. While we have made that advice the prime focus of our development, development by invitation does not mean development by dictation. It is we, and we alone, who can decide the mode of development. It can only come from within and not from without: for we are the makers and masters of our own tomorrows.

When therefore, as a resident of Trouya for the past six years, I was asked what my feelings on the proposed development were, I made my position unmistakably clear. This is what in essence I said on the telephone to the owner:

“I cannot in conscience be opposed to development of the “Queen’s Chain”, but there is one caveat: the people of St. Lucia must continue to enjoy all rights of access they have had, for that’s what keeps revolutions at bay.”

As a politician for forty-six years, that has always been my position, and once I have stated my case, I never depart from it, for one and one make two and not eleven.

In 1979 Kenneth Foster and I flung the iron barrier at cap that was inserted at the entrance, with someone in a booth to keep us out. Afterwards, we protested most vehemently, everywhere, that we would not tolerate enclaves anywhere.

With the clear understanding that such things would not happen, and that life would continue as usual, I promised to give the project my blessing in the interest of St. Lucia subject to those reservations.

I then went on to say that as a former Cabinet Minister I was aware that developers always quickly bowed to those concerns, but once approval has been given they do their own thing, undisturbed. I therefore suggested that the development be monitored by a committee of concerned residents. Before I could have completed my suggestion, the owner assured me that the developers had already agreed to do so. I was happy. But the next day, I rang to say that I needed to have that suggestion incorporated in the permission granted by the D.C.A or Cabinet, and it was so agreed.

At that point, I was asked to be the person to monitor the project, but I deferred to another better able to handle the situation.

I am now awaiting therefore the D.C.A’s approval with the suggested modifications, which were so eloquently reiterated by a Trouya lady on DBS, on Wednesday last.

Finally: I told the owner that I was a firm believer in integrated development. By that I mean, development within a community where residents and tourists alike walk in hand in hand, and where they can knock on the door of any resident and say “I just called to say hello”. I also see that type of development as an opportunity for residents to work where they live. Thus, benefits would accrue both to developer and residents alike, with the latter feeling a sense of ownership within.

It is true that we are hailed everywhere as a friendly people. If we are to prosper however, we would have to see to it that no beast disturbs the peace that provides the filling to the bread of our children, for whom we live and die. Friendliness alone cannot, and will not save us. In this regard, only the Government can: for since the advent of government, maintenance of the peace has been the primary duty of every government.

At the beginning of this article, I twice underlined the words we “cannot live by bread alone”. Neither can we live without bread. Each stroke is like a whip, and indicates how very seriously I would view any development that was not in keeping with the concerns expressed which, indeed are ad idem with the residents of Trouya. I understand it will not be departed from in the proposed development. I trust that it be so, and expect that future developments would follow the Trouya suggestions as a template.