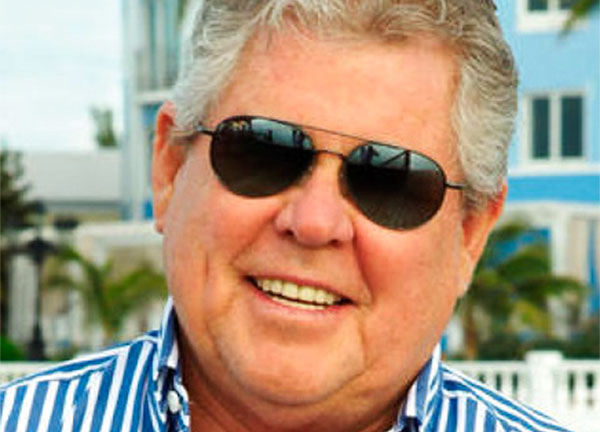 If tourism is a golden egg, Sandals Resorts International (SRI) must be the hen that’s laid the most across the Caribbean — and Gordon ‘Butch’ Stewart is the rooster caring for its clusters down the island chain from Jamaica in the north to Grenada in the South.

Attitudes to ‘Butch’ Stewart are mixed across the region: Most acknowledge his sheer acumen and the high-quality standard of SRI’s products, while some still portray him as a Jamaican tycoon who’s taken-over the region’s hotel industry – and governments with it.

Caribbean governments naturally yearn for Sandals hotel construction projects that provide thousands of jobs, permanent employment and payment of heavy taxes – in many cases the highest by any single Caribbean investor.

Outside Jamaica, SRI has the most eggs in Saint Lucia’s tourism basket, with three hotels and a golf course; and two in Barbados.

SRI has also been the annual darling of the regional press every time Sandals and Beaches hotels successively win the top awards in their brackets at the World Travel Awards (WTA) — 2020 being the 23rd consecutive year capturing the World’s Top All-Inclusive Company Award.

These awards were not won by ‘Butch’ Stewart personally, but by his SRI’s properties on the various islands; and how SRI has operated them over the years, virtually changing how the industry operated by slowly-but-surely building a Caribbean Brand that has also held its head — and its lead — at the global and regional levels over time.

Introduction of the ‘All-Inclusive’ concept was met with furious resistance by those wedded to the ‘European Plan’, but the two have co-existed for more than two decades since, with SRI fashioning its own integrated operation that has over the years turned it into the region’s leading brand.

Sandals keeps the Caribbean’s tourism flag flying high at the WTA every year, much to the satisfaction of the industry’s top stakeholders – and thanks to its family-holiday Beaches brand alongside the Island Routes Caribbean Adventure Tours, which runs call centers employing hundreds on each island and books thousands of visitors into hotels at 12 Caribbean destinations.

Sandals is by no means alone in keeping tourism alive in the smaller Caribbean islands.

Jade Mountain Resort’s unrestrained view of the majestic Pitons and the Ladera Resort’s rooms with ‘only three walls’ and ‘no doors leading to private pools’, also keep Saint Lucia very much alive on TripAdvisor and like international industry publications.

But Sandals has laid the most golden eggs and most Caribbean governments would like to have at least one in their national tourism basket.

With 90% of all hotel properties locked-down when the pandemic was declared, ‘Butch’ Stewart was the first industry leader across the Caribbean to issue a statement: reiterating his commitment to the region’s industry, assuring his hotels would use the down-time to prepare for reopening, guaranteeing staff-employment during the crisis and promising to reopen all SRI properties at the earliest healthy opportunity.

SRI then announced early reopening dates for May 2020 that were later forcibly pushed to June, eventually reopening properties across the region in November and receiving visitors according to officially-prescribed COVID protocols for hotels, as well as its own internal measures.

Sandals being the biggest hen laying golden eggs on most islands where it operates, it’s also been victim of inaccurate reports associating its properties with COVID-19 cases — as in Barbados, where it was officially de-listed (by the Health Ministry) last week as a quarantine hotel facility; and in Grenada, where it was also officially named last week (by the Health Minister) as a source of the island’s latest COVID spike.

But on each occasion SRI has disproved the claims, resulting in an official apology by Barbados’ Health Ministry and the Grenada Prime Minister publicly standing aside from his Health Minister’s claim.

Prime Minister Dr. Keith Mitchell publicly said subsequently that while the focus was on Sandals, there were also several public infractions of COVID-19 protocols in Grenada during the holiday season that he was also aware of.

Health Minister Nicholas Steele also quickly canceled a press conference he’d promised (supposedly to shed more light on the source of the spike) after the family of the island’s first fatal COVID-19 victim took issue with and questioned the ministry’s official January 3, 2021 account of how he died.

Following a Barbados Health Ministry claim that three visitors to the island arrested for violating COVID protocols and the resulting de-listing of one of Sandals’ two properties there, it emerged that the real reason was an irresponsible bar-crawling, ‘drive-along’ holiday spree by members of the island’s prisons and police forces, which led to Prime Minister Mia Mottley imposing a nighttime curfew until January 9, 2021.

With Grenada making international news headlines for all the wrong reasons, Sandals closed its resort there and transferred guests to Saint Lucia, where the Sandals Foundation opened 2021 with much good press after providing tablets and other online devices for orphan students and children attending school virtually from home due to COVID-19, but whose parents cannot afford.

At this point writing this article (8am Tuesday, January 5, 2021) my son Chad bolted into my room, cell phone in hand and asking me: ‘Did Butch Stewart die?’

He showed me a portrait photo of Hon. Gordon ‘Butch’ Stewart, posted on a Sandals staff member’s WhatsApp Status, with the inscription: ‘Rest in Peace, Boss!’

I made one phone call and from the way my SRI friend responded, I knew the Caribbean had lost its greatest tourism icon.