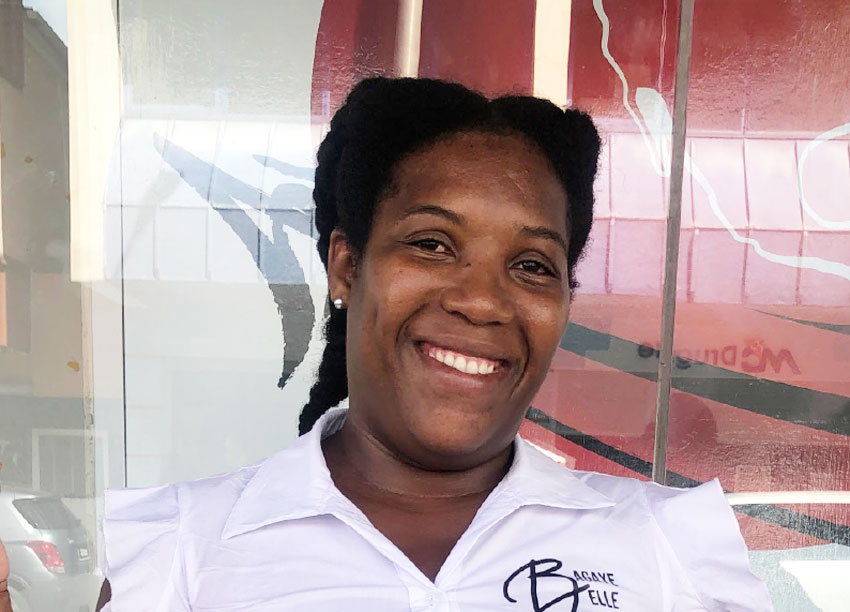 ZERINA Clerice is an award winning fashion designer from the picturesque community of Bouton. She fell in love with fashion at an early age and since then her life has never been the same.

“When I was younger my sister came home with a crochet thread and pin but I didn’t know how to crochet at the time. I learned how to do it and now I love it. I like to create things; I would think of something and I would just do something beautiful with it,” she told THE VOICE.

“Bagaye Belle has been in existence from November 28, 2018; I make pouches for men out of canvas, leatherette and burlap; I do cross body bags, back packs that come with a purse, hand bags, beach bags, clutches, etc.,” she added.

She’s a mother of six and loves her children wholeheartedly. According to her, being a mother should not get in the way of one’s aspirations.

“For people that are out there with children who believe that they cannot pursue their dream, you can still do it. I don’t have no sponsor and the same money I have to feed my children I use some to buy fabric. I wouldn’t buy a yard—I don’t even reach half a yard but at least I’m trying and I will never give up on my dream,” the designer said passionately.

Starting up wasn’t easy, still, she pressed on.

“I started in 2014 and then I stopped. I only did it for one month because I didn’t have financial support. Then the St. Lucia Industrial and Small Business Association contacted me. They had a symposium; I did some bags to take to that symposium and the support and love I received from the community gave me a boost to fulfill my dream,” Zerina added.

Her children are her greatest inspiration and according to her life wouldn’t be the same without them.

Some days are tougher than others and sometimes, she admitted, she feels like giving up altogether. 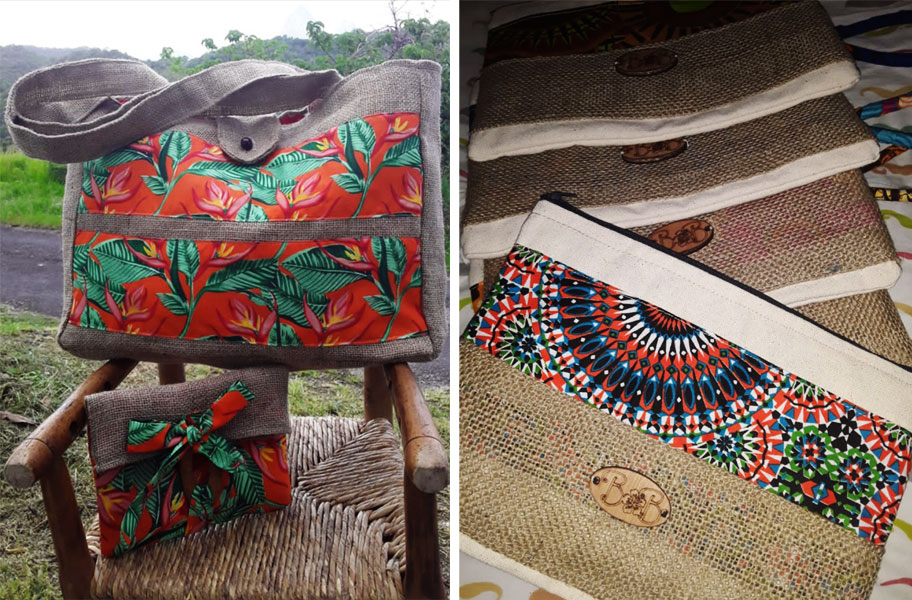 “(On these days) I pray; I always try to put God first in every single thing I do and whenever I call on His name I would get the energy and the strength and the courage to get off my bed. (I would) tell myself to make the bags even though I don’t get orders—(you never know) somebody just might like it and will ask you to deliver it to them,” Zerina stated.

She continued: “I love what I do; when I see the smiles on the customers’ faces I feel a joy in my heart. I just want to tell other designers to have confidence in their work; there will always be someone out there who will like your piece. Don’t be afraid of failing because in everything you will fail, it’s just about picking yourself up when you’ve realized that you’ve failed and moving on to something greater.”

“Also remember it’s nice to be important but it’s important to always be nice no matter who the customer is and the most important thing, above everything, is to put God first because He’s the one that sees you through,” she said in closing.