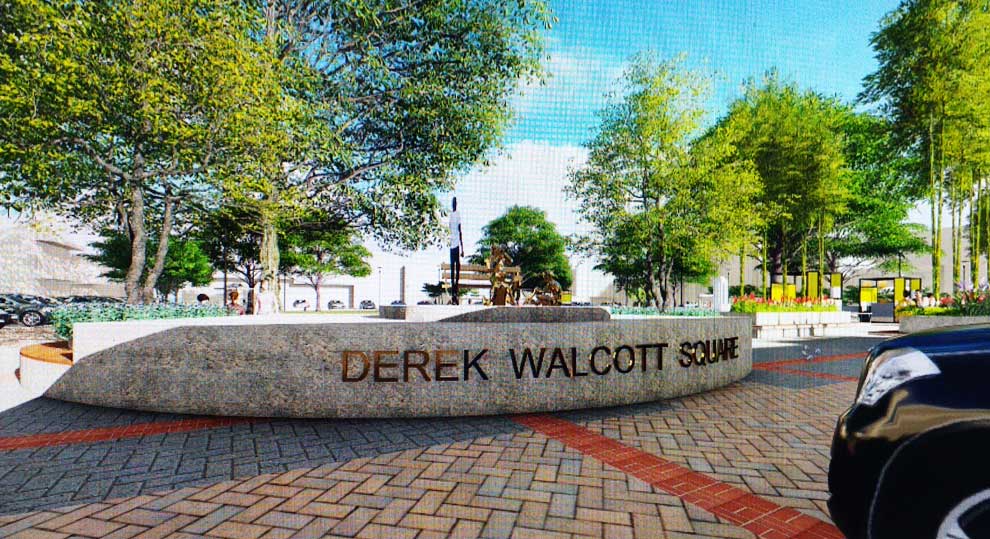 THE upgrade and enhancement of the Derek Walcott Square is nearing completion.

The project which moved into its first phase last month is funded by the World Bank, under the OECS Regional Tourism Competitiveness Project.

The Derek Walcott Square upgrade is expected to reshape the city as a main recreational area accessible to all members of the public.

So far, the perimeter walls have been demolished, park benches have been resprayed, planters have been painted and landscaping and beautification works are being done.

The temporary boarded fence is expected to be taken down within two weeks, well ahead of the scheduled project completion time.

The second phase of the project will see the placing of monuments at key locations for unobstructed viewing and the creation of a clear green space to facilitate performances and picnics.

It will also include the relocation of the existing fountain, allowances for additional seating and diverse vending, and the strategic placement of a bust of Sir Derek Walcott to greet visitors to the square.