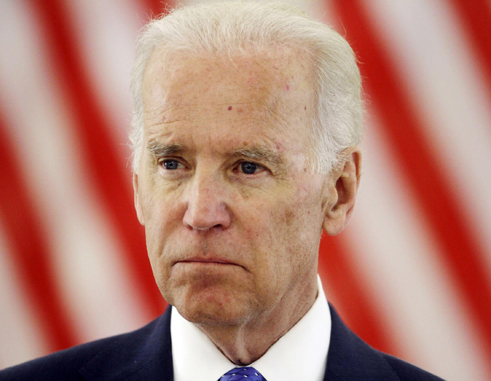 (The writer is Antigua and Barbuda’s Ambassador to the United States and the Organization of American States. He is also a Senior Fellow at the Institute of Commonwealth Studies at the University of London and Massey College in the University of Toronto. The views expressed are entirely his own)

CARIBBEAN Community (CARICOM) countries should by now have worked out a strategy for securing the early attention of U.S. President-elect, Joe Biden, and the team working on his transition into the White House and to the helm of government.

This has not happened. The usual practices and traditions associated with transitioning from one administration to another after a Presidential election have not been observed. President Trump has not conceded the election. His Secretary of State, Mike Pompeo, told a news conference: “There will be a smooth transition to a second Trump administration”. At best, Pompeo’s remarks can be interpreted as conviction that Trump’s threatened legal challenges of the elections will prevail.

But 17 lawsuits filed in various state and federal courts have not disproven the legitimacy of the votes cast or the voting process. They have also not substantiated allegations that Trump’s election observers didn’t have access to the counting of votes or that mail-in ballots were fraudulently cast.

Amid these unproven allegations, the results from the declared States show that Biden has already won 279 votes in the Electoral College. On December 14, the electors from each of the States will gather, as the College, to declare the 46th President of the United States. Biden needed only 270 votes. His election is, therefore, a foregone conclusion.

Yet, Biden and his team have been denied the normal support and engagement by the incumbent administration, including offices at which they can be reached. Only limited contact has been possible with Biden’s election campaign office which is not equipped to handle the flood of communications from around the world.

CARICOM countries are not alone in not being able to engage Biden and his team. Every other country and region is facing a similar situation.

A pause has occurred across the globe as governments and the citizens of their countries watch in bewilderment as the United States pitches from one bizarre uncertainty to another. This situation undermines the standing of the United States in the world, but it also delays global action at a time when it is much needed.

It makes global planning and actions difficult, underscoring the pivotal role that the U.S. plays in all aspects of international life.

What the US government says and does in the world matters. But US positions change on many issues when administrations change. For instance, Biden and Trump have vastly different attitudes to global issues such as Climate Change, the development of oil and gas as against renewable energy, and multilateral cooperation rather than unilateral action. In this connection, governments and international agencies need to talk early with any incoming US administration not only to get an appreciation of its policies and priorities, but also to present their own views for consideration.

It is no secret that some of Joe Biden’s declared policies coincide more closely with those of Caribbean governments than President Trump’s. Among those policies are Climate Change and an effective multilateral system.

Much has been made by some commentators about the potential for trade and aid between CARICOM and the U.S. under a Biden administration. However, not much is likely to change on either front.

The United States is the greater beneficiary of trade with CARICOM. In 2019, the US enjoyed a trade surplus with the 14 independent CARICOM countries of $8.1 billion. For the first ten months of 2020, the US trade surplus already stands at $5 billion, notwithstanding the effects of COVID-19 on CARICOM economies. These are not aberrations; they are perennial.

It is on other issues that CARICOM countries should seek a beneficial arrangement with a Biden administration, principally Climate Change which poses an existential threat to the region. CARICOM countries have faced resistance from the present U.S. government to every attempt they have made to gain remedial attention to the calamitous effects that Climate Change has on them. Not surprisingly, CARICOM governments would like early contact with representatives of the Biden team to set out their peculiar concerns.

Beyond this urgent issue, substance needs to be given to the mantra that the Caribbean is the “third border” of the U.S. The Caribbean cannot provide security to the U.S. from drugs, organized crime, refugees, and instability on its doorstep unless the region is itself secure.

To achieve that security, the economies of CARICOM countries need to be strengthened so that they increase employment and reduce poverty and crime. Their debt has to rescheduled with aged ones forgiven, especially now when their economies are battered by COVID-19; their vulnerabilities have to be recognized and factored into their eligibility for concessional financing from international agencies; the myth of CARICOM countries being ‘major money launderers’ also has to be dispelled and restrictions on correspondent banking relations have to be lifted.

These are issues of mutual benefit to the U.S. and CARICOM countries that should be placed before President-elect Biden and his team as they prepare to take office and make policy decisions. Other regions of the world have their own agenda for discussion.

The world waits for an end to the U.S. imbroglio so that it can breathe again.