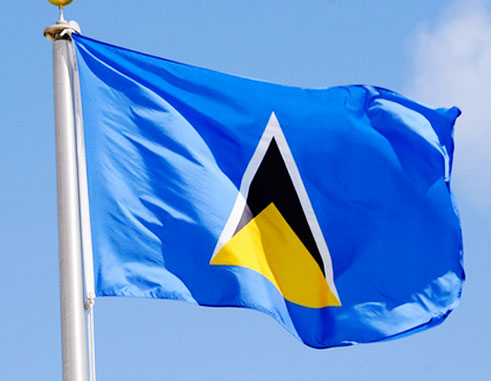 THROUGHOUT the years, there have been two dominant political parties and despite they professing to have different philosophies and agendas as it relates to governing, they both inherit the same political system after elections and are therefore forced to play by the same rules. They also have to abide with international laws, play ball with the same capitalist countries, deal with world trade as prescribed by the First World or donor countries, despite being independent.

The sad truth is that to transform this economy there must be a more nationalistic approach. At present, I don’t think the state is thinking along these lines, as I see none of this on the front burner by the existing regime. So, one can only hope that the opposite side has a different mandate that is not the ‘same ole, same ole’.

I say this because I think that for any meaningful change to happen in this country to satisfy the needs of the people, specific methods and modules must be used, starting with our food import bill.

I say to start with our food import bill because for as long as the possibility of growing and rearing of animals and manufacturing can be done here, this should be the new adopted policy, meaning having the political will to create local produce before accepting goods from outside, and in that way reduce the import bill and empower local producers, and manufacturing on island.

Another factor that bothers me is when there is a change of government, all previous projects created or perceived by the former government or ruling party is shelved, discontinued, sidelined or rejected.

In my view, if monies were borrowed and there is merit in its continuation and means exist of paying the loan back, it should continue, even though the former government gets the due praise for its part.

I would also like to see change in the way that law and order is handled. The judicial system, the legal fraternity, the police and the Government have to collaborate, to bring criminality to a more manageable level whereby all persons needing justice should see progress and obtain results.

Those who cannot provide or produce results should not be employed, because too many useless salaries don’t help us cut back on waste.

I further think that jobs should be obtained through a national employment agency, not on the minister’s request, to avoid having party hacks getting all the choice spots.

Education has to be for life, the system has to adapt to modern day requirements, build less structures and use more technology and more industrial training, more skill related training and more practical job opportunities.

Our lands and other assets should not be given away or sold at random prices earmarked for the rich and famous, especially, if you are not a national; and the selling of our birthright (meaning passports) has to be controlled, monitored and not sold to the cheapest bidder.

Nationals have to be exalted on merit. Business premises and lending has to be supported by Government loans, grants, and support for country has to be planned with the people in mind.

If the present or the future government does not acknowledge these points of view as a turning point, then really they both are the same and the horizon will never have a silver lining.

We cannot continue to tax the people for everything just because there is a shortfall in revenue. Leisure and cultural outlets must be seen as progressive moves and helping the needy has to be a priority.

Regardless who wins the upcoming election, these changes have to take center stage.

And finally, we cannot continue borrowing large sums of money and then look for our debts to be pardoned; or to borrow wildly just because we personally will not be the ones to pay back; win or lose.

In other words, we cannot go back to what has brought us here. We need the parties to change strategies – and for the opposition to show how they are different, rather than expecting people to think it to be different. We cannot wait until after elections, people need to know what is at stake before voting and it will be better for both parties to show how they are different so that people can make their choices.