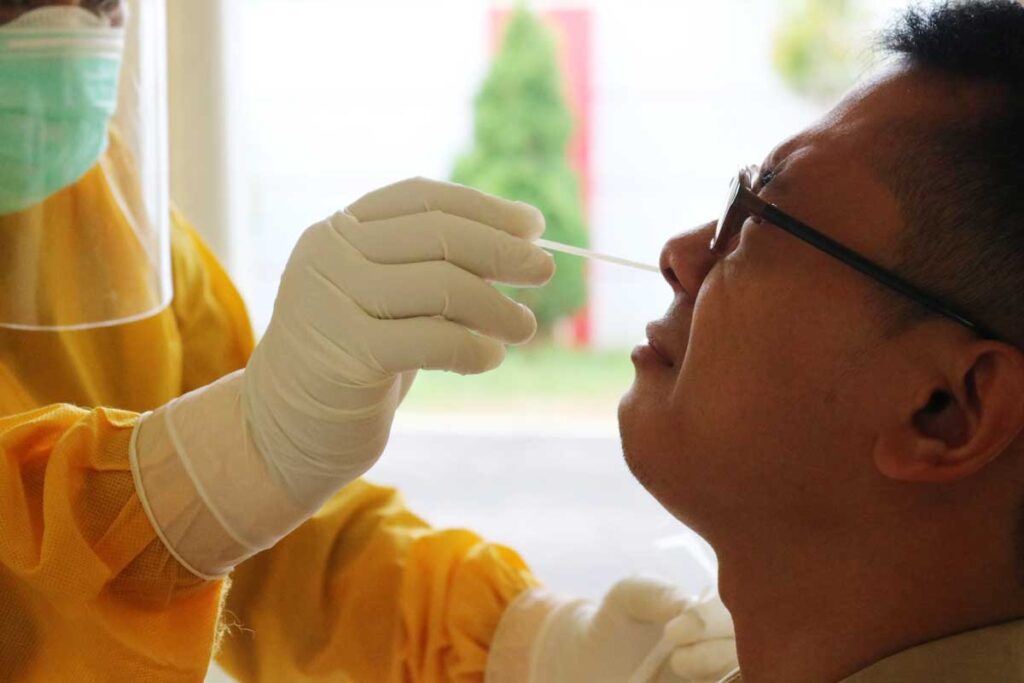 A debate about whether Saint Lucia should introduce a second COVID-19 test on visitors is slowly gaining traction in some circles as the country continues to register multiple cases of the virus almost on a daily basis over the past month, 20 cases being the most registered in a single day to date.

Both the Allen Chastanet administration and the opposition Saint Lucia Labour Party have pondered this with the latter this week calling on government to institute the second test “in view of the announcement by the Chief Medical Officer on Thursday 19th November that two non-nationals had arrived in the country without the approved COVID 19 test and had subsequently tested positive for the virus.”

According to the SLP this development is deeply troubling since it questions the Government’s repeated claims that there is no need to be concerned with the arrival of visitors, in particular tourists, by air to Saint Lucia, through the so- called “front door” as the protocols being used by Saint Lucia are robust and emulated by the world, including New York, and that no visitor can come to the country or board a plane to Saint Lucia without evidence of a PCR test and that no one can enter with a positive test for COVID 19.

According to the SLP Prime Minister Mia Mottley of Barbados recently provided empirical evidence of the value of such testing when she revealed that despite the fact that all visitors to Barbados must have a PCR test, they are given a mandatory second test 4-5 days after arrival and that 95% of the persons testing positive for COVID 19 in Barbados are discovered through the second test.

The government on the other hand is viewing the second test with caution and has not categorically banish the thought.

As noted by the Public Relations Manager of the Tourism Authority Ms. Geraine Georges a second test is basically giving permission to roam free after a few days. What Saint Lucia is trying to do is to protect citizens by keeping in place the quarantine status of everyone entering the country.

“When you pretest before arrival you can still come into contact with the virus and then you can present as positive within a 14 day period so that is what CMO is trying to protect by maintaining quarantine for now. There will be instances where it is necessary to retest but for now Saint Lucia wants to maintain the 14 day quarantine period,” Georges said.

She added, “What we see is that majority of visitors come for up to about a seven-day period, some of them have to test before they go back home so we are also privy to these results. Majority of them test before they go back home. Those who happen to slip through the cracks and arrive with an antigen test they’re then swabbed (tested again) at the airport and quarantined until a result is received.”

“With us not doing the second test right now, what we’re doing is maintaining the tourism bubble that was created for local movement within the tourism protocols but Saint Lucia, as we discussed, is flexible so we are monitoring and seeing at what point a second test would be necessary,” Georges said.

“Barbados is doing it at a fourth day, Saint Lucia will probably most be comfortable doing it about day- seven or day-ten and that would be for those who are staying beyond the 14-day period because we’ve noticed a lot of visitors are staying 16-21 days as well,” Georges added.

Chief Medical Officer Dr. Sharon Belmar-George yesterday confirmed that visitors arriving with tests deem questionable were tested again on arrival at the port of entry. These persons are placed in isolation at the hotel they booked until the test results come in after which they could leave their rooms.
“We do not allow tourists to leave their accommodation site unless for scheduled approved sites and attractions; they are not allowed to roam freely,” Belmar-George said.