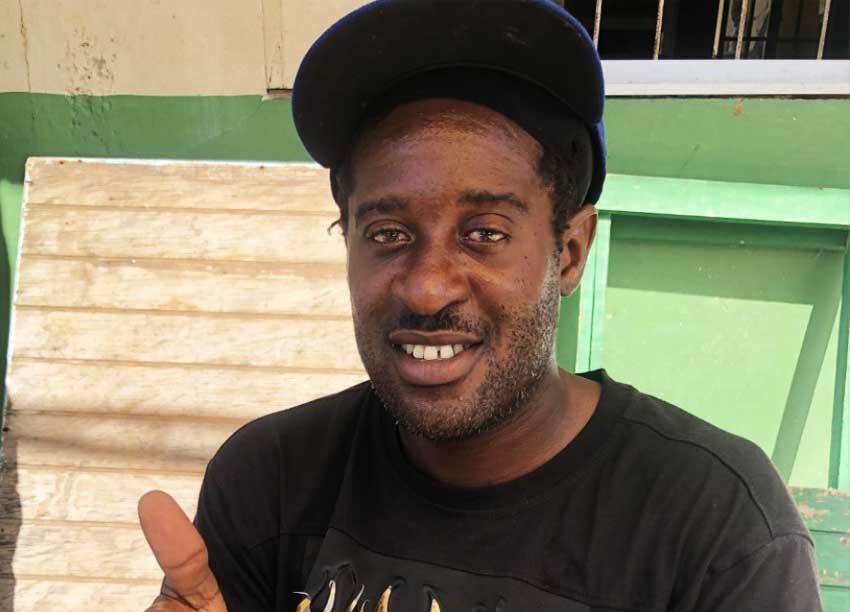 RICKY Desir has been making jewellery for over 15 years. It’s his passion and like many others, he hopes that it will change his life—hopefully, it will.

“I was always creative and adventurous. When I was younger, I made things with my hands; I would use cardboard to make houses and I would also use popsicle sticks. I could do many things,” he said.

“I make chokers for women and men. A Rasta from my community taught me how to make it a long time ago. I started selling them in Marchand where I’m from but I realised it was kind of slow so I came down to Castries and things were better for me. I’ve been here (opposite the Derek Walcott Square) for a long time now,” Desir added.

He desperately wants to succeed. The 40-year-old came from humble beginnings but admitted that his life could have been better; Desir believes that poor decisions crippled his growth.

“I dropped out of school. I had brothers and sisters who were younger than me and I saw the situation so I left myself behind. I didn’t want my family to continue spending money on me but I could have continued because they were trying. In those times I wasn’t taking school seriously; I wasn’t seeing the future. If I started my business earlier, I would have been further. I wasted my time in the ghetto, I wasted a lot of days and years there,” he said grimly.

The jeweller now understands that “education is the key” and he encourages students to take their school work seriously.

“Further your education; take a course if you can. You need knowledge to survive because if you have no knowledge you can’t survive. Spend more time on yourself, get to know who you are, find out what you like and what your strengths are,” he advised.

He’s a persuasive salesman and he believes that it’s important to be all-rounded.

“You can’t rely on talent alone. You need to be able to sell your products too; you need to know how to market it so you can make a little bread. If I’m selling and I let a whole day pass, and I don’t try to get customers, I might barely make two sales. If I talk to people, I might make more sales. I’m a hustler; I don’t wait on customers, I call on my customers,” Desir stated.

At times, his job can get a little difficult. According to him, it requires a lot of patience.

“It looks easy but it’s hard. One waist chain alone might take about 40 minutes because there is a lot that goes into it. I enjoy what I do though,” he said.

“I like making chokers the most because they sell the most. I buy the beads, rope and the pendants for my work and I put them together. People can get all different styles. I use hearts, crosses and many other things,” he added.

Desir hopes to expand his business in the future; unfortunately, it’s not doing so well.

“I have no intentions of leaving this business yet. I do it full time. These days things are really slow because of COVID but I’m trying something. Right now I want to go into ordering stuff. There are some things I cannot make I would like to order and sell,” the jeweller added.

He hopes others will give him a chance—it’s all he wants.

“Do not fight down the guys who are hustling and trying to make an honest living. It’s time for Saint Lucians to come together and support our local people; stop fighting them down, stop looking down on them and stop speaking badly about them. We don’t steal and we don’t sell drugs either, we’re trying something. A lot of people are fighting me down and stereotyping me when I’m just trying to make an honest living,” he said passionately.