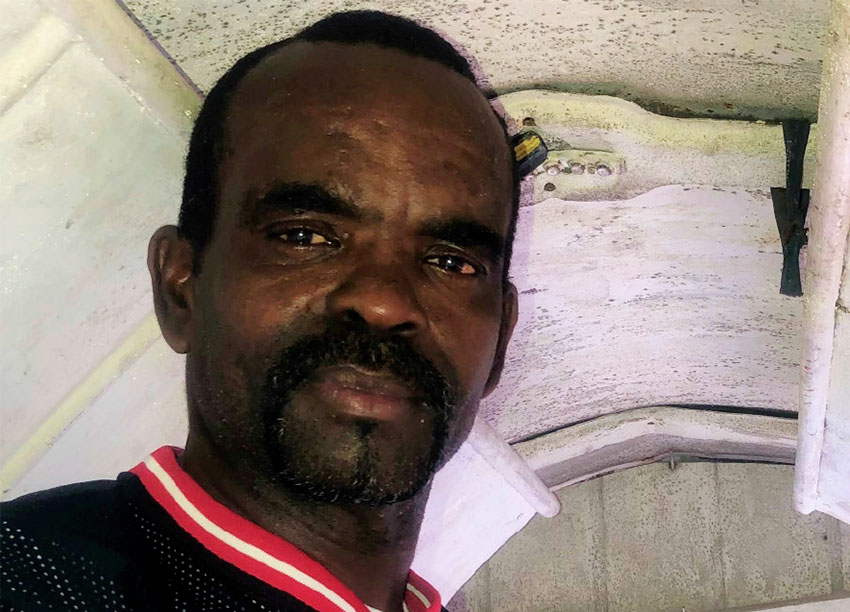 MICHAEL Lynch’s life changed 16 years ago when he started his mobile pizza business. Some might say it’s one of his best decisions ever and it’s easy to see why. I stopped by his pizza van last week and after speaking to him for a few minutes, I knew I had stopped the right place.

The smell of pizza greeted me instantly and made me warm inside. Occasionally, customers stopped to order large slices of Michael’s mouthwatering pizza and he happily served them. The city was buzzing with excitement and for Michael, this was home.

“Before I started I used to do construction work and I realized that it was an off and on thing. My brother was in the pizza business and I saw he was doing well so I decided to join that field as well. I used to help him in my free time since he had a little shop in La Croix. Since I looked like him, a lot of people thought that my business was just an extension of his business,” he explained.

It was a brilliant idea and paid off well in the end.

“I started off by purchasing a little van. I sat home, I thought about it and put my ideas on paper. I started cutting the van and I transformed it into what it is now; it was a little Suzuki Super Carry,” Michael said.

“I did everything myself. It was a good experience for me. I thought of something, built it myself and now I’m surviving on it,” the entrepreneur stated proudly.

Michael loves “serving others” and according to him, it’s definitely the best part of his job.

“I’m a friendly person. I like giving jokes with people and helping them. Sometimes people come with half the money and I’ll still give them a slice of pizza,” he said.

Michael certainly has a big heart and it’s undoubtedly one of his best traits—just ask his customers who love him immensely. His sense of humour too, is truly appreciated.

He is a hard worker and at the age of 19, Michael realized he had to change his story or else he would get left behind.

“I did not go to a secondary school but when I saw I would not be able to relate to society with the limited knowledge I had, I took it on my own to do some courses. I also did the General Educational Development (GED) exam so I have a diploma in that field as well,” Michael revealed.

“My father travelled overseas when I was around seven years old and my mother died of high blood pressure when I was about 13 years old. All of that had an effect on my secondary education that’s why I never really went to secondary school,” he added.

“I left primary school when I was around 15 years old and I went into construction. I was a masonry helper. I was monitoring how the mason worked: how he laid the blocks, how he plastered, etc. and I ended up being a mason too. Now I can build a house by myself—I built my own—and I’m still getting jobs to build houses too,” he said.

Michael calls himself a “hustler” and one thing’s for sure: he is grateful for all that he has. According to him, being an entrepreneur has taught him many things including how to be patient.

“There are people who come to your business and they never tell you they don’t have enough money. After you serve them they walk away or run away; if you don’t have self-control you can respond (in a negative way) because of the disrespect. All of these things have taught me to have patience,” he stressed.

Still, his business has helped him tremendously and for that he’s thankful.

“It’s how I survive; that’s how I feed my family and send my three children to school,” he explained.

He is a successful businessman and he had a number of tips for aspiring entrepreneurs.

“You cannot go into business being afraid to take risks because if there is no risk there is no reward. Some people are afraid of taking risks for fear they might fail but failure is part of life, you can learn from your mistakes and start all over again. Have faith in what you’re doing and take it seriously and you’ll persevere,” he said.

If you’re looking for a quick bite, ‘Mobile Pizza’ just might be the place for you. You can find him by Dilly’s Supermarket every evening. Michael is a huge fan of his tuna fish and corn pizza and it’s also a hot seller. As for me, I’m a huge fan of the pepperoni.