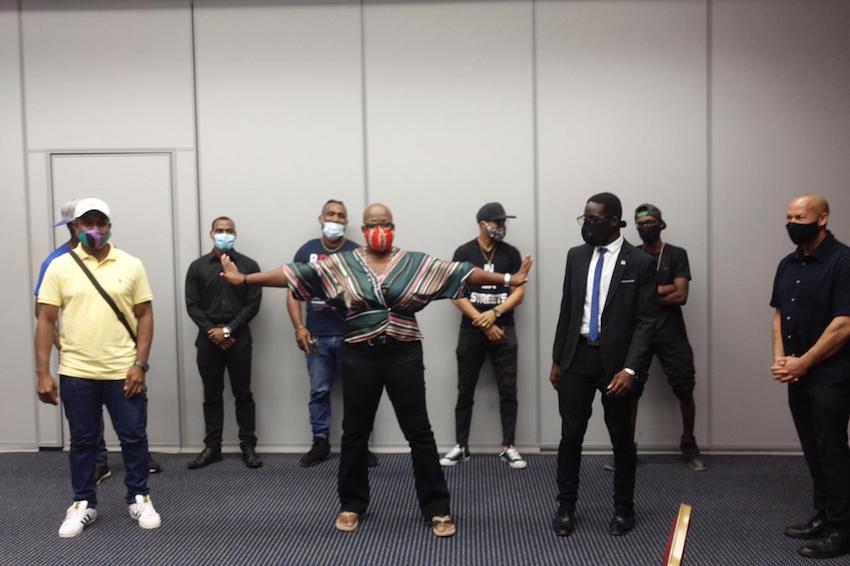 The International Men’s Network partnered with the Department of Gender Relations for the “Boys to Men Conference” to mark the observance of International Men’s Day, celebrated November 19th annually. Prime Minister Honourable Allen Chastanet gave an inspiring address at The Boys to Men Conference which saw young men from around the island showing their talents and sending positive messages to all Saint Lucia’s men.

President of the International Men’s Network, Barry Innocent, expressed his joy at seeing the conference become a reality stating that it would not have been possible without the support of the Department of Gender Relations. “The main idea is to catch the attention of young men through rap music, to deliver messages of positivity, with hopes of achieving behavioural modification,” he said. “When the Department agreed to come on board, we were delighted to know that the conference will be streamed nationally to reach a wider audience thus having a greater impact.”

The event saw several young men take the stage to perform original gospel-infused music of varying genres, “AJ”, “Dri Notes” and Peter Augustin also known as “Jared”. Distinct remarks were made by young Dr. Joshua Lesforis who sought to inspire everyone watching by reflecting on his journey as well as touching on the importance of values like respect and gratitude.

Minister for Education, Innovation, Gender Relations and Sustainable Development Honourable Dr. Gale T. C. Rigobert stated that she was honoured to support the conference. “Today as we pause to look and listen I know that together we can share and deepen our understanding of each other. What it means to be a man is not static and is constantly changing. Now more than ever in the COVID-19 environment, the changing perception of what it means to be a man is clear, it is also laced with a set of expectations that set men up for heavy criticism and a disproportionate amount of responsibility. COVID-19 has challenged so many beliefs and stereotypes and has liberated us from this.” The Minister also said thatnthis burden on men is unfair to them and affects everyone.

For his part, Prime Minister Chastanet expressed warm thanks to the organisers and noted great need for more groups like the International Men’s Network to support, inspire and mentor the boys and men of our Nation. “Whenever we have a man who has not been lifted up, or given that boost, that hug, that I love you or haven’t been given that opportunity when they feel the world is against them, our society suffers. We all have at some point felt that way. With this organisation they now have access to someone who can be a mentor and I commend you. Mentoring is a two-way street. You are helping someone who needs help, but as the mentor, you also gain strength.”

At the event, the Prime Minister took the opportunity to send best wishes to all men on International Men’s Day. The main objectives of celebrating International Men’s Day include focusing on men’s and boys’ health, improving gender relations, promoting gender equality, and highlighting male role models. The International Men’s Network (IMN) is a faith-based collective of men pursuing initiatives that support the development of men and their role in the family, community, society and on the job. IMN was launched on October 9th, 2009 through the Men’s Ministry of the Bethel Tabernacle Empowerment Centre.