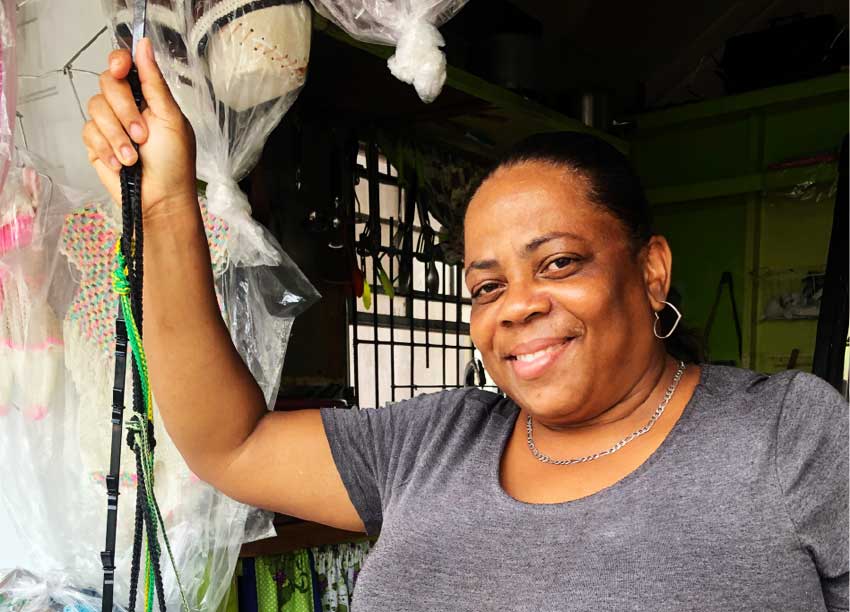 ROSELYN Hubert found her calling at an early age. When she was nine years old, she fell in love with crocheting and instantly decided that nothing could take its place. Naturally, she came up with a plan.

“When I was younger, my aunty would send me to buy bread in the ‘Amur’ bakery. On my way to the bakery I often saw two middle aged women crocheting and I always stopped to watch them. I would get home late and my aunty would beat me—that’s where I used to be just to learn something until I got what I needed. Sometimes the women even closed the window on me but I still went back to see what they were doing,” the designer told THE VOICE.

Now, at 50 years old, one could say she’s an “expert”. Roselyn’s designs are truly magnificent and her customers are her biggest fans. According to her, they’re “always satisfied.”

“The first thing I created was a bed spread and a pillow case which I made for my aunt. It took me three months to complete it; it had yellow and white roses and it came out well,” she said.

“I went to Rock Hall and we had subjects like Home Economics so I learned how to do different things. When I left school, I started doing more. I used to buy books and read and that’s where I got a lot of patterns too; my mind really opened. Now I do everything crochet: kids clothing, shoes, bags, wedding dresses, first communion dresses, you name it. When I was nine I mostly made doilies and chair backs,” Roselyn added.

She has come a long way since then and still, there’s so much for her to explore.

“I get inspiration online sometimes. I’d take two or three patterns and I’d make it make one; I add something different. I could just watch an outfit and do something exactly like it. I wouldn’t even need a pattern,” she said. 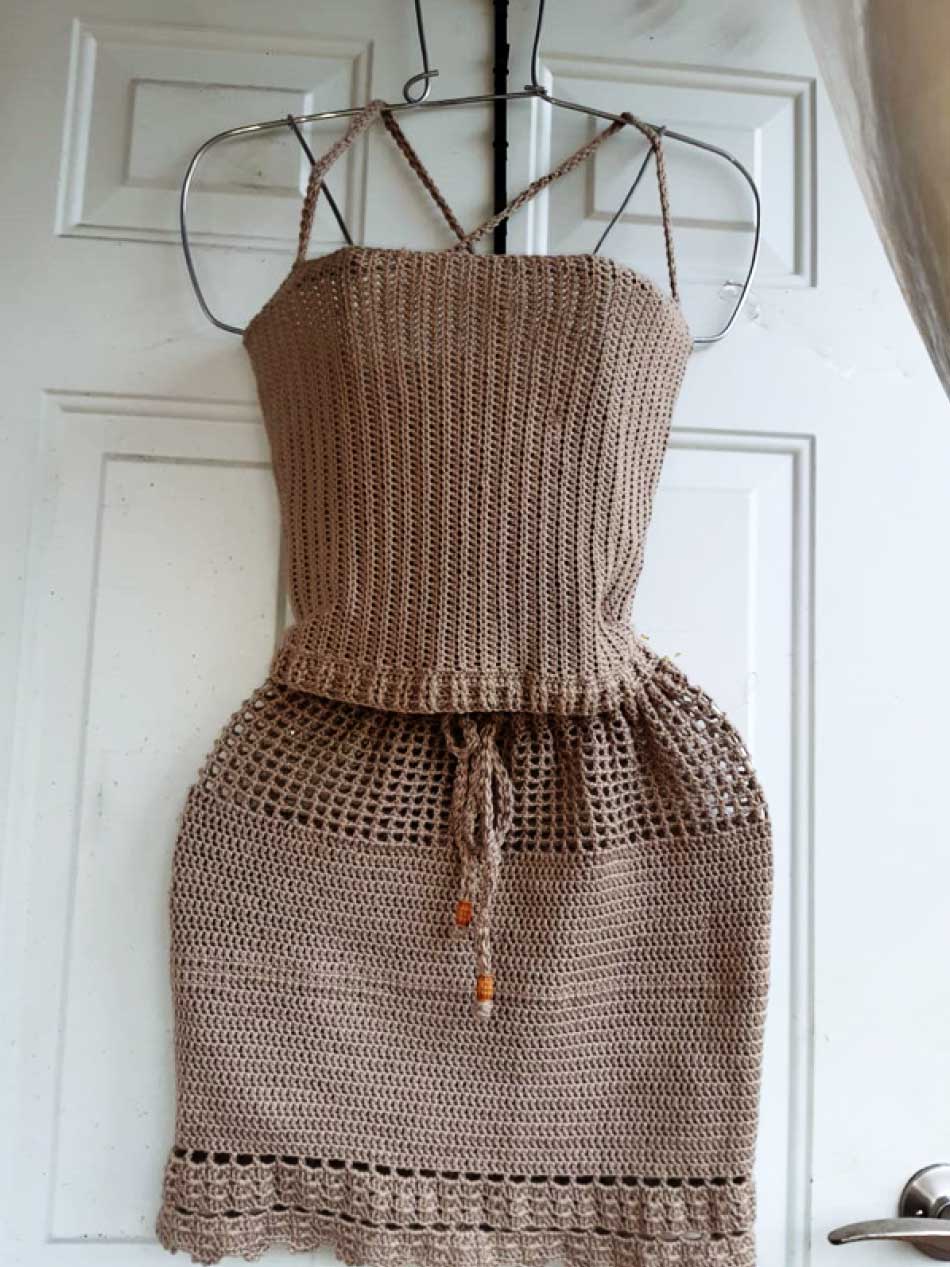 Although her work has been showcased at a few events, the designer hopes that this will change in the future.

“I never really put my work out there, I just started. I made an outfit for Claudia Edward-Ladner once and I’ve done other things here and there, but that’s about it. I plan on changing that however. I also want to open an arts and crafts shop to teach people what I’ve learnt, I’ve always wanted to do that,” Roselyn stated.

Life has changed for the designer but this comes as no surprise. COVID-19 has slowed down business and this perhaps, will not change for a long time.

“Everybody’s into crocheting now because of COVID-19. People are trying to do something to make money. Before you wouldn’t find so many people crocheting. It makes it a little harder for me because a lot of people don’t crochet like me. They’ll do a fast thing and make money because sometimes people prefer cheaper things. I wish I could have gotten a market for it overseas since the tourist season is not the same,” she said. 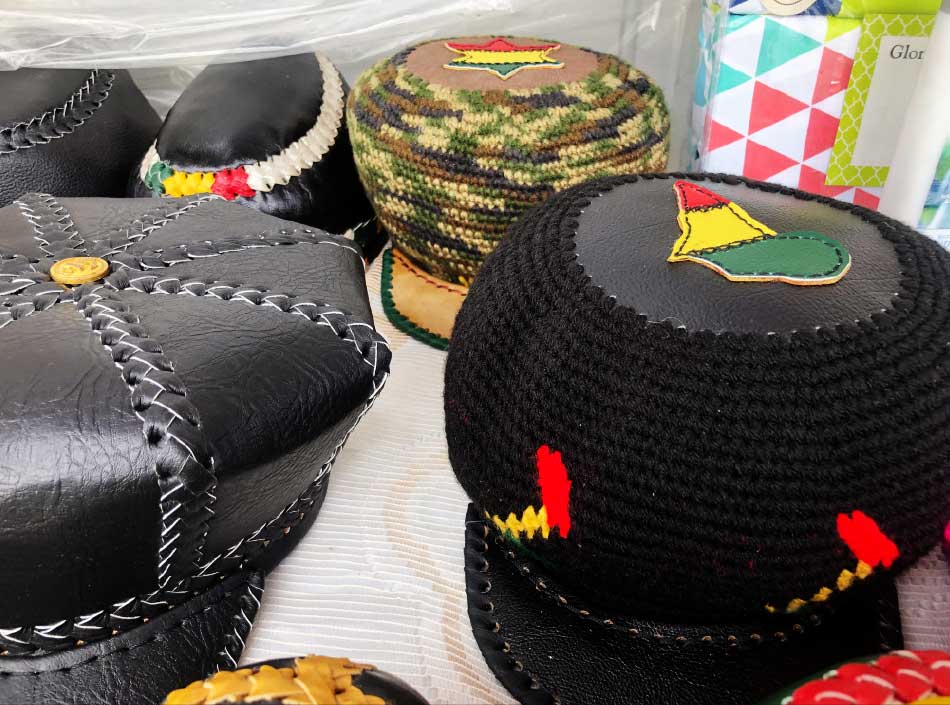 Thankfully she’s also in the food business. She’s been a vendor for a long time and like many others she started with a small tray by the roadside.

“I’ve been a vendor for about 29 years now but I started by selling sweets, chocolates and a bunch of different snacks. I also had soft drinks in my cooler. I used to be opposite Abraham’s—by the Seventh Day Church. That’s where I started. I bought goods from Recaii, Dilly’s and other places once I had money but then things started getting tough there; sales slowed down a lot. I got booth number two on St. Louis Street later,” she explained.

“I sell lasagna, macaroni and cheese, accras, bakes, fried plantain, chicken, fish—I do a lot of things. I also sell my crochet clothes there as well,” she added. 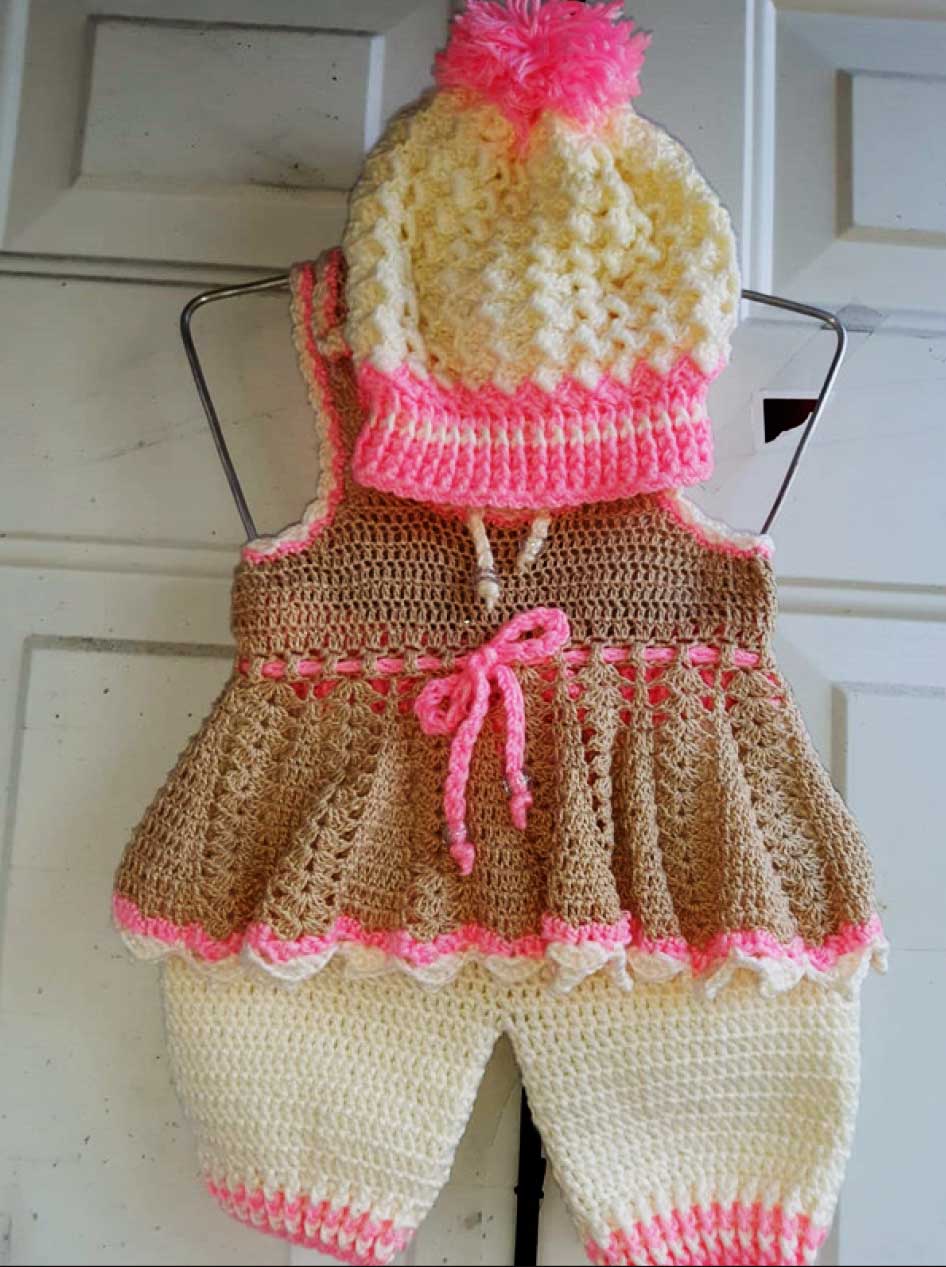 According to her, “when I get up on mornings I pray and ask God to guide me and help me and I start doing some crochet before I come down to the shop.”

The mother of four loves “everything about crocheting” and she loves to cook as well. Roselyn is truly a darling and that of course, is the cherry on the cake.