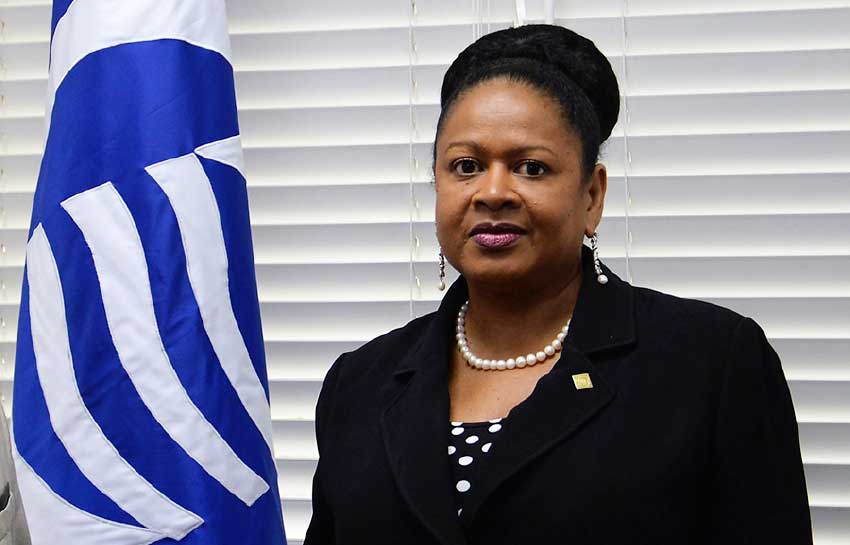 The next monthly online National Reparations Lecture is tomorrow night (Thursday, November 19, 2020), when the Chair of the University of the West Indies (UWI) Open Campus Council, Ambassador Dr. June Soomer, will be the main presenter.

Her paper is entitled ‘First People, Last Citizens: From Native Genocide to National Isolation – What Next?’

The lecture, fourth in a year-long series that started in February, maintains the emphasis of the CARICOM Reparations Commission (CRC) on ensuring the real story of the region’s First People be told and taught regionally, to better understand why it’s quest for Reparations from Europe is not only for Slavery, but also for the Native Genocide that sought to exterminate the region’s first people to pave the way for Slavery.

Dr.Soomer has a distinguished career.

She received her Ph.D. in History from the University of the West Indies (UWI) in 1994 and her thesis, entitled ‘An Assessment of the Factors Affecting the Structure and Functioning of The British West Indies Federal Civil Service, 1947-1962’, commenced her deep passion for regional integration and has directed her career path.

She lectured at The UWI and universities in the USA and spent a decade at the Eastern Caribbean Central Bank (ECCB) in Saint Kitts and Nevis in the Human Resources Department, the Research Department and the Strategic Policy Unit.

Dr Soomer also served as Saint Lucia’s Ambassador to OECS and CARICOM with responsibility for Diaspora Affairs for eight years (2008-2016).

Described as ‘A Woman of Firsts’, she was: first woman to receive a PhD in History from the UWI’s Cave Hill Campus, first to serve as Saint Lucian Ambassador to CARICOM and the OECS, first to serve as an OECS Commissioner, first to be ratified as the Secretary General of the Association of Caribbean States (ACS) and first Chair of the UWI Open Campus Council.

Ambassador Soomer served as a founding member of the Saint Lucia NRC and presented the Inaugural National Reparations Lecture in August 2016, entitled ‘The Reparations Movement: A Ragtag Collection of Racial Malcontents Marching to the Beat of Their Own Drum?’

In February 2020, she was the featured speaker at 12th Annual Dame Eugenia Charles Memorial Lecture in the Commonwealth of Dominica on ‘Upgrading to First-Class: Uprooting the Idea of Women as Second-Class Citizens — Caribbean Reparations Movement: Role and Contributions of Dominican Women.’

In July 2018, Ambassador Soomer was awarded with The UWI Alumni Association Pelican Award for Excellence in Diplomacy, Public Service and the Promotion of Regionalism, representing the 1989-1998 Decade of the University, with Distinction.

In October 2018, she was also recognised for outstanding leadership on the 70th Anniversary of The UWI.

Ambassador Soomer at the end of October completed a successful four-year-term as Secretary General of the ACS — headquartered in Trinidad & Tobago — and is still Chair of the Open Campus Council of The UWI.

The lecture will be broadcast online from 7p.m. Thursday November 19, 2020 and can be followed through the following UWI Open Campus links.