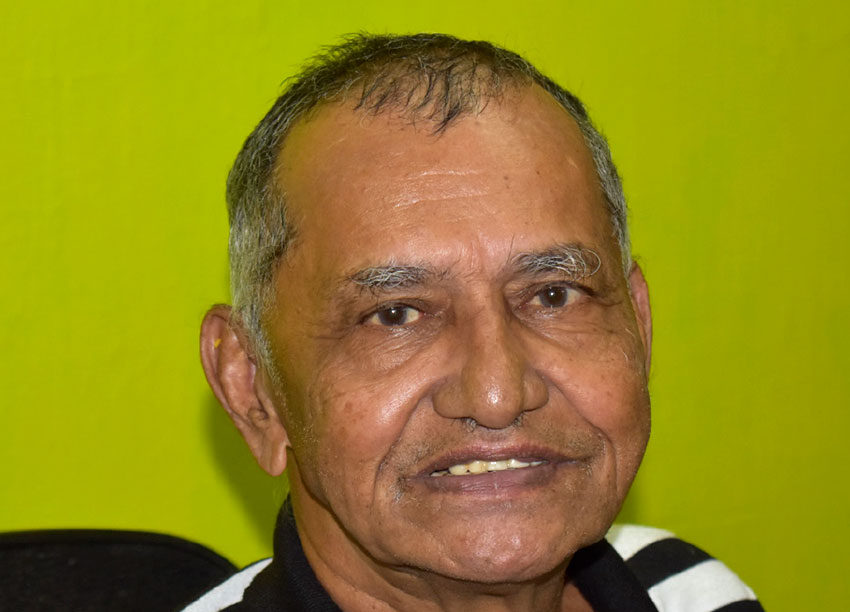 THIS Marchand resident is in no way oblivious to the complex social ills and criminal activity that pervades throughout the Saint Lucian community—and thus sort out to utilize his literary skills to send out some poignant messages.

Claudius Williams is no stranger to the literary field and has submitted articles for publication in the local press. But now, he has taken his commitment for community cleansing and nation building to another level with the publication of a book.

Williams has provided commendable service to the wider community in the capacity of an educator, law enforcement officer, customs officer, sports administrator and social worker.

‘Bridging the Gap’- is his latest project, whereby he sets out “to identify five gaps that are currently existing in our society and see how best I can try to narrow or bridge them.”

In this latest publication, Williams seeks to help make a difference in behavioral patterns and for better inter-relations between community members, the police and the wider society.

According to him, “ If we identify a few of these gaps and try to prevent them from getting wider , then we will be doing justice to our society by being protective in taking the necessary action to try and narrow or bridge those gaps.”

The author makes a serious proposition for a wholesome and cohesive approach to help rid the country of these ambiguous inequalities and foster greater cooperation towards a more progressive society.

From the onset of his publication, Williams invokes a ‘spiritual connotation’ to his expressions and behoves mankind to draw closer to the Creator.

He makes a strong call for ‘Community Policing’, stating the need for the police and public to collaborate and cooperate “to develop that spirit of cooperation, espiritd’corp, which will help narrow or bridge the gap that exists between them.”

He notes that since the police and public depend on each other, “there should be mutual trust and understanding between them”, while assisting the police “to help solve the increasing surge of crime in our society.”

Williams makes a concerted plea for a thorough review of the school sports system, which he proposes can be undertaken with the evaluation and carrying out of a ‘Swot Analysis’.

He further highlights some key areas for the overall development of athletes, both current and past athletes, to commit to a rigorous schedule training regime.

The author suggests that the Ministry of Sports keep a record of athletes’ progress even after they have left school: involve scouts to monitor potential athletes’ performances, and that government and private sector jointly combine to set up a special fund to assist young athletes, especially those who may have fallen by the wayside. Furthermore, he cites, establishment of Sports Centres or Sports Academies “to help train these young sportsmen and sports women.”

He acknowledges the input of the St Lucia Football Association (SLFA) and through its president Lyndon Cooper for making the bold move “for helping re-energise Primary School Football.”

He credits the SLFA for building partnerships with the National Lotteries Association (NLA), Ministry of Education and Sports, PE teachers, coaches and students “to develop such an important sports programme for Primary School Football.”

Williams notes the invaluable input of Sandals Resorts in helping to harness the skills of young players in the region, at a time when the Cricket West Indies (CWI) management and players were in disarray.

On the home-front, he notes the impact and role that the Sandals Cricket Academy played in producing players like Darren Sammy, Johnson Charles, Gary Mathurin, Kimani Melius and other young players.

He concludes that the authorities amongst other critical issues, must take a look at implementing an ‘Awareness and Education Programme’ to educate the public as well as the schools on the benefits and importance of the tourism industry in St. Lucia.

Editor’s Note:
Williams reports that his house was partially burnt in the gruesome fire, at Marchand, sometime ago in which his mother and sister and another resident were burnt to death.
He makes a public appeal for assistance to help purchase material to repair his house –with the purchase of this latest publication for a fee of $40.
He can be contacted at: 720- 6037.