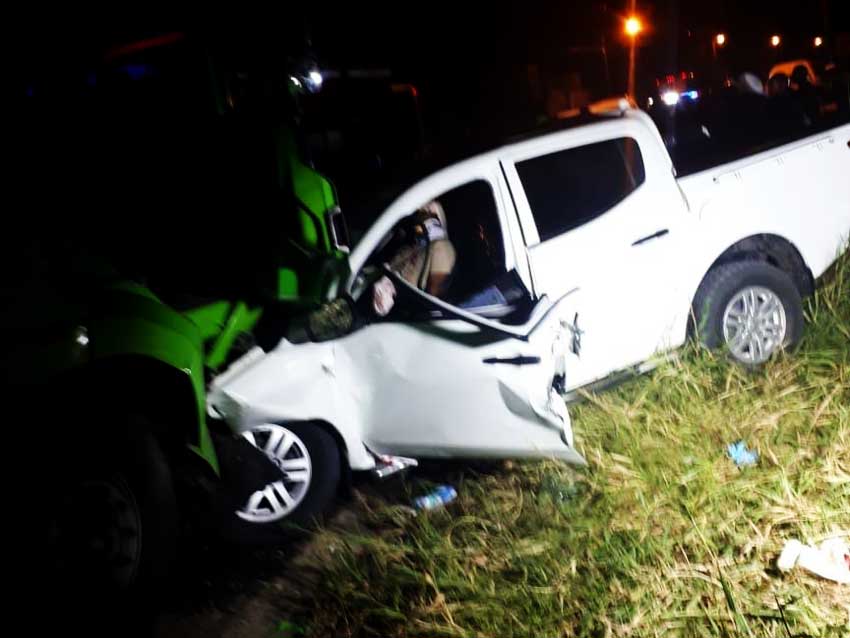 I am very disturbed at the number of accidents on the Roads in Saint Lucia. The recent accident of a truck pining a parked car by smashing it into a wall was particularly disturbing. There are too many deaths caused by vehicle accidents including motorcycles in Saint Lucia. There is hardly a news item everyday where deaths by accident are revealed.

One of the many reasons for serious accidents in Saint Lucia is speed. This perhaps is due to the misnomer of the description of the roads. The Castries/Gros Islet Road can never be described as a Highway nor the John Compton Road nor the Millennium Road. In fact the Castries/Gros Islet Road is a Ribbon Road the speed limit of which is 30 miles an hour. When these roads are described as Highways it gives a false impression of being able to drive with speed. There are, I believe, other areas which need attention to facilitate a reduction of accidents and promote unobstructive use of the roads.

Some of these are:

(a) The erection of cameras on the roads and the initiation of appropriate automatic fines as a consequence which can be followed as in larger Countries.

(b) The application of the Breathalizer Test.

(c) To establish Legislation of a point system for drivers who have committed offences as is done in many countries in the world. I can recall that such a system was proposed in a Draft, legislation by Justice Barrymore Renwick who at the time was Attorney General in Saint Lucia some 60 years ago.

(d) There are two other features which should be addressed. When an accident occurs, traffic is held up on both sides of the road causing unnecessary delays in the flow of traffic often and in particular the Castries/Gros Islet Road. This can be avoided by pictures taken by the Police to allow the vehicles to be removed to facilitate the flow of traffic. I understand that it is the insistence of the Insurance Companies for the Police to make full investigation before allowing their removal for traffic to flow. Perhaps my friend Mr. Claudius Francis could be approached to give some information from the Insurance Council who I have no doubt are well aware of this problem.

(e) One of the disturbing trends is driving at night with all sorts of strange lights dazzling oncoming vehicles. I can recall that in previous legislation for Road Traffic, provision was made for certain types of Head Lights. This Legislation I consider appropriate to be reintroduced to offset the impending danger of the existing headlights on vehicles including Motor Cycle.

Finally, I am sure that more attention should be placed to control and promote a better sense of use of the road to avoid the number of accidents particularly with the increase of traffic.