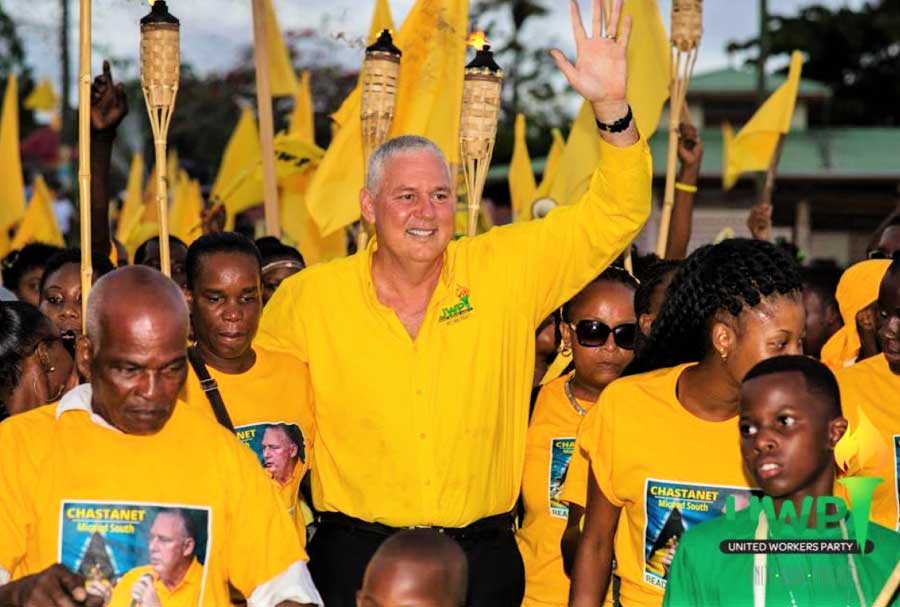 Prime Minister Honourable Allen M. Chastanet has received an overwhelming endorsement from the ruling United Workers Party (UWP) to continue his leadership of the party and government.

At the UWP’s annual Conference of Delegates held on Sunday October 11, 2020, at the National Cultural Centre, over 250 delegates unanimously adopted a resolution expressing confidence in Allen Chastanet, the elected representative for Micoud South, as political leader of the Party and Prime Minister.

Similar endorsements were given to the first and second deputy political leaders Dr. Gale T.C. Rigobert, the Member of Parliament for Micoud North and Ezechiel Joseph, the representative for Babonneau, who were both nominated unopposed.

The endorsements mean that three of the top positions on the party executive will not be up for contention when the party holds its annual convention next month.

Sunday’s conference of delegates also endorsed candidates to contest other positions on the executive. Among these was that of Chairman, to which Mr. Pinkley Francis was nominated unopposed. He will serve on the executive for the first time.

The conference also adopted the agenda for the November convention, the date and venue for which will be announced later.

Party officials have described last Sunday’s delegates conference as a major success adding that the UWP was continuing to be energized by its rank and file as it prepares to renew its mandate with the electorate.

The annual conference usually precedes the party convention. It comprises 15 delegates from each of the17 constituencies together with the executive, elected members of the House of Assembly and party Senators.