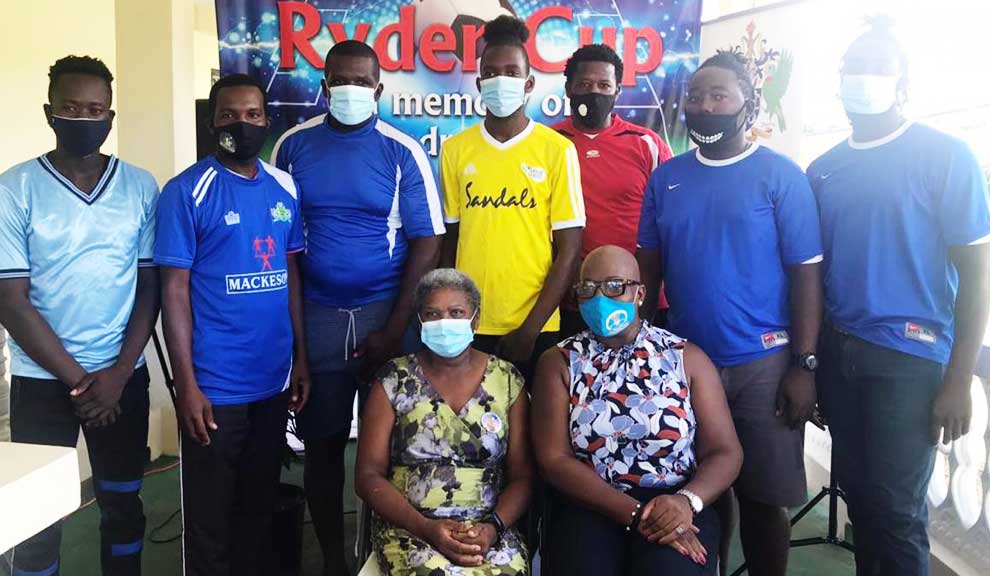 ON the heels of Dr. Gale Rigobert T10 cricket tournament which bowled off last weekend at the Wenn playing field, sports enthusiasts in Micoud North as of Monday 19th October 2020 will turn their attention to the inaugural Ryder Cup football competition.

According to the organizers, the preliminary games will be played at the Wenn playing field in Mon Repos. The first match will feature Patience Youth Organization (PYO) and Uprising Football Club (UFC) from 4.00 p.m.

The tournament is named in honour of Fitz Andre ‘Ryder’ Charlery who passed away tragically (road accident) on March 7th in Vieux Fort. Andre was a 20 year veteran of the Saint Lucia Fire Service at the time of his passing.

He was the Chairman of the Micoud Football League (MFL) and an active member of the Saint Lucia Football Association (SLFA).

President of the Mon Repos Football League, Marius Charles (MRFL) in addressing the gathering on Tuesday said, “The gesture is a fitting way to recognize the life and contribution of Ryder”.

He continued, “Ryder was a member and co manager of the MFL and Leeds football club, the MFL is expecting that the Ryder Cup will represent what he stood for”.

For her part, Dr. Rigobert invited all football lovers and players to celebrate the hard work and memory of a friend and loved one, Fitz Andre ‘Ryder’ Charlery.

Dr. Rigobert took the time out to thank the Charlery and La Cobiniere families for their partnership as well as the SLFA Inc, the Mon Repos and Micoud Football Leagues as well as corporate sponsors.