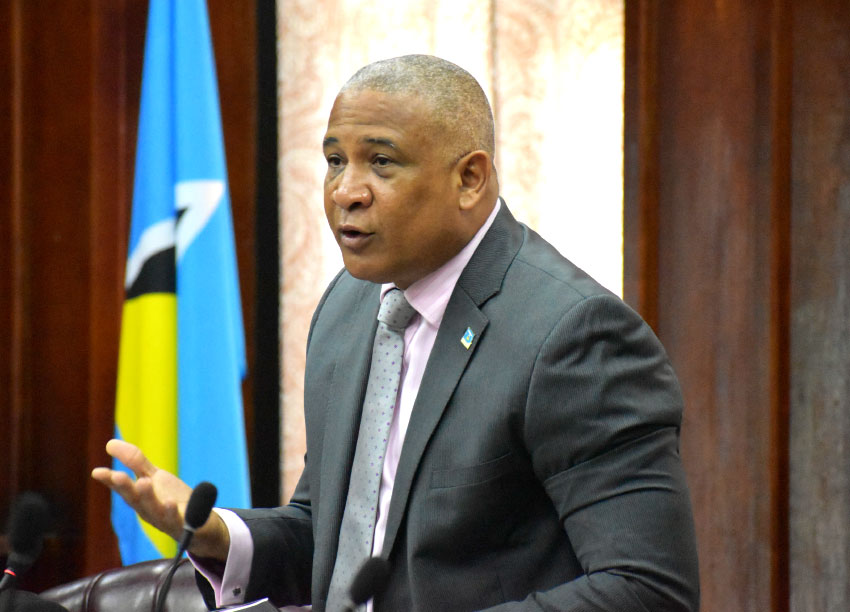 IT’S official, the Saint Lucia Labour Party, hopefully, will be filing a number of cases in a court of law in relation to the COVID-19 (Prevention and Control) Bill that went through both houses of parliament last week.

According to Hilaire by early next week his party will file a number of cases against what happened in parliament with regards to the COVID-19 (Prevention and Control) Bill and that the party’s lawyers were currently researching and preparing their documents in preparation for filing.

The Bill, and the manner in which it went through parliament, particularly when it arrived on the Senate floor, stirred up controversy among some members of the population.

Government disagreed claiming that the Bill was in the public domain long enough for persons and interested parties to have debated it to their hearts content.

The Bill first made its appearance in parliament on Tuesday 29 September 2020 at a House of Assembly meeting where it went through all its stages angering the opposition who walked out of the House as a form of protest action claiming that certain sections of the Bill were unconstitutional and illegal.

The Opposition has since called for certain sections of the Bill to be removed and others reworded. According to Hilaire Thursday, the opposition would not have walked out if Prime Minister Allen Chastanet was prepared to make changes to the Bill.

Controversy surrounded the Bill further when Independent Senators Adrian Augier and Mauricia Thomas-Francis informed they were unavailable for last Thursday’s Senate session for reasons given by them resulting in a quorum not being met for that day’s session.

With the same two senators unable to meet the following day, government, undaunted, decided to move ahead and according to Prime Minister Chastanet in consultation with legal minds had three senators sworn in that day, two of whom were said to be temporary independent senators.

This move drew nationwide anger with the opposition summing it all up as a rape of the island’s democracy.

Prime Minister Chastanet and other government ministers have been undeterred in the face of mounting criticism over the Bill’s passage through parliament. According to the Prime Minister the two independent senators merely sat in for the two who were unable to make it to the Senate that day.