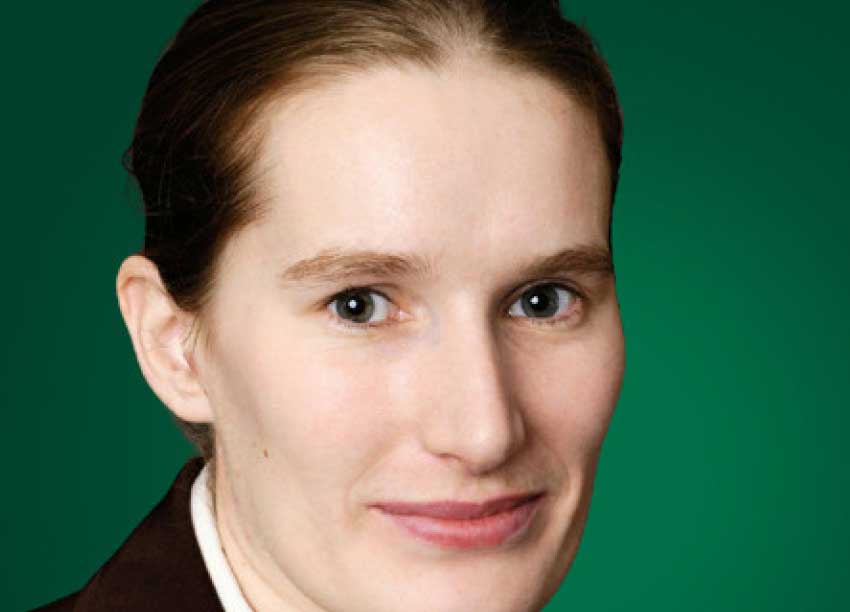 THERE are no nations on earth more ready to take advantage of the Blue Economy than the islands of the Eastern Caribbean.

That’s the view of Dr. Valerie Hickey, the World Bank’s Practice Manager for Environment, Natural Resources and Blue Economy in Latin America and the Caribbean. The World Bank official believes that the Blue Economy can unlock inclusive sustainable jobs across the Eastern Caribbean.

Dr. Hickey made this bold assertion in a virtual Blue Economy presentation as part of the just concluded and highly successful OECS SDM 2020. The topic of discussion was The Dawning of a Blue Era: Harnessing the Potential of the Oceans.

Dr. Hickey cited strong political and stakeholder consensus around the fact that OECS Member States are large ocean nations. She added that there is strong and compelling data that justifies investing more in the Blue Economy, there is a desire to diversify economically, and there is regional collaboration at the level of the OECS Commission, which is developing the necessary policy, reforms, and initiatives to help the region transition to a Blue Economy.

According to Dr. Hickey, “for too long, small islands have had their backs to the ocean, allowing other nations to come in and reap the benefits of their ocean resources, especially fisheries, with fishing fleets from larger nations depleting the fish stock in the Caribbean.” She says such poaching translates to lower fish stocks for the people of the region, less income and revenue from fishing, and a knock-on effect on GDP

The World Bank official asserts that the Blue Economy presents tremendous opportunity for economic growth and development in the Eastern Caribbean, as the size of the ocean space of OECS States is much larger than their landmass. Given that reality, she says it is imperative that OECS Member States begin to look to the Sea as they seek to diversify their economies and explore new pathways for growth. Dr. Hickey notes that OECS and Caribbean countries have for decades been dependent on the Blue Economy – mainly through tourism – but they are only now beginning to grasp the full potential of the Blue Economy. To reinforce her point, she disclosed that on average, tourism accounts for 15% of the GDP of Caribbean countries and 14% of jobs. Globally, tourism contributes $3 trillion to GDP. That contribution is expected to grow by up to 18% by 2030. According to Dr. Hickey, coral reefs are a major attraction for visitors to the Eastern Caribbean and a major contributor to tourism revenues. That includes visitors wanting to see the coral reefs and the incredible fish biodiversity through diving, snorkeling, and glass-bottom boats. According to the World Bank official, tourism statistics show that every square kilometer of coral reef in Grenada is valued at $200,000 while Saint Lucia’s coral reefs are valued at $900,000 per square kilometer.

Fisheries and aquaculture are being touted as the net Blue Economy growth drivers after tourism. Research shows that the average person consumes 40 pounds of fish per year. Globally, 171 million metric tons of fish is consumed every year. The world’s population is projected to grow by 1 billion by 2050. This presents incredible potential for growth in the fishing industry. The World Bank notes that most of the growth in fisheries globally, has come from aquaculture. Overfishing has led to major depletion of the global fish stock, and aquaculture has become increasingly important to fill the gap in supply and meet the growing demand for fish. The World Bank estimates that aquaculture needs to grow by 10% per annum to meet demand. The Caribbean as a whole, produces an estimated 3000 metric tons of fish per year through aquaculture. The Caribbean’s contribution to global aquaculture is less than 1/20 of 1%.

The region has been challenged to produce more, not just for export, but to ensure its food security, especially in light major disruptions to global supply chains brought about by the COVID-19 pandemic. At present, half of the fish consumed in the region is imported. OECS and Caribbean countries are therefore being urged to reengineer their fisheries industry to make it more sustainable and build more market share in an incredibly fast-growing and lucrative global market.

The World Bank cited the Pacific as a model of success in fisheries. Nine islands in The Pacific are beginning to reap the benefits of the Nauru Agreement which they signed 10 years ago, to maximize the potential of their fisheries sector through an integrated approach. As a result, The Pacific islands revenue from Tuna, grew from $60 million in 2010 to $500 million in 2018.

Dr. Hickey lamented that the full potential of the fishing industry is not being realized in the OECS or the wider Caribbean. She said it is possible to increase the economic contribution of fisheries in a manner that is sustainable, inclusive, increases employment, income and revenues, and grows GDP. She believes the Blue Economy provides OECS States with an excellent opportunity to “build back better” after COVID.