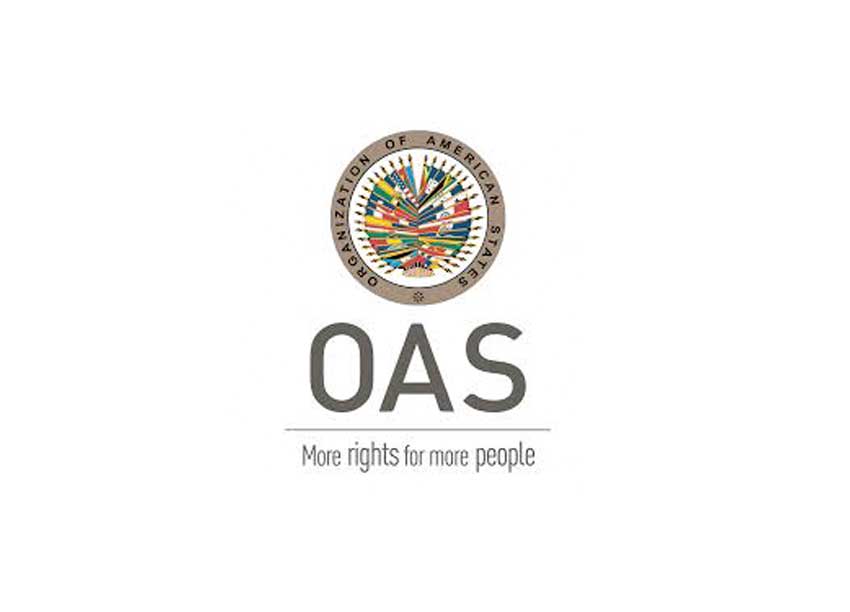 (The writer is Antigua and Barbuda’s Ambassador to the U.S. and the OAS. He is also a senior fellow at the Institute of Commonwealth Studies at the University of London and at Massey College in the University of Toronto. The view expressed are entirely his own)

A noteworthy event occurred on the afternoon of Saturday October 10 that could have implications for nations across the globe. It merits attention.

The Secretary-General of the Organization of American States (OAS), Luis Almagro, issued a statement, indicating that he “designated international human rights lawyer Jared Genser as Special Adviser on the Responsibility to Protect (R2P)”. This appointment happened when the OAS is again facing dire financial circumstances and staff contracts are not being renewed.

Still, even in such difficult circumstances, an appointment of someone greatly needed to carry out the Organization’s work would be understandable. The difficulty with this appointment is that it is not a priority identified either by Ministers of member states or the Permanent Council of the OAS. Further, R2P is, rightfully, a matter on the agenda of the United Nations General Assembly and under the authority of the Security Council.

Consequently, it is intriguing that, in his statement, Mr. Almagro said unequivocally that: “If existing international mechanisms are not responding to the demands and needs of the victims of mass atrocities in the Americas, at the very least the OAS should try to design and build a regional mechanism that can prevent and respond more efficiently, and in a timely manner, to crimes of this nature in the Western Hemisphere”. Whether intended or not, this sounds like a dismissal of the UN Security Council and an arrogation by the OAS to act in its place “in the Americas”.

It is important to note that R2P was unanimously endorsed by the member-states of the United Nations at a World Summit in 2005. The agreement is designed to protect people the world over from four crimes: “genocide, war crimes, crimes against humanity, and ethnic cleansing”. The question arises, therefore, about the identity of the countries “in the Americas” where Mr. Almagro suggests that such crimes are being committed and against which action is required “more efficiently, and in a timely manner”.

If such countries exist in the Americas, why have they not been brought before the UN Security Council? And why is this matter not being raised for discussion, with the evidence of atrocities, by member governments of the OAS in appropriate bodies of the Organization?

The way this matter has crawled into the OAS – not in the full light of transparent discussion and decision but in a weekend media statement from the Secretary-General – is why suspicion surrounds the OAS. It is a suspicion with which all its member states are tainted as complicit. Silence is taken as consent.

A further consideration is that the R2P does not replace the UN Charter; R2P is a UN-led response to the problem of mass-atrocity crimes, and actions in furtherance of it require UN Security Council authorization. Therefore, why would the OAS – a group of only 33 governments – seek to usurp the UN of 193 states, and a 15-state Security Council?

Dr. Adrian Gallagher, Co-Director of the European Centre for the Responsibility to Protect, makes the following salient point: “R2P does allow states to consider all coercive and non-coercive measures under Chapters VI, VII, and VIII of the UN Charter when a government is “manifestly failing” to protect its population from the four crimes. Though this does include the use of force, any action taken has to be authorized by the UN Security Council”.

In his statement, Mr. Almagro makes another point that merits attention. He says: “The costs of not having an R2P regional mechanism at the OAS so far have been the continued loss of human lives and the persistence of impunity for mass atrocities crimes”. He continues: “Yet, over time, there have been mass atrocities committed in far too many countries by repressive and undemocratic regimes”.

Sadly, where there have been such instances in the past, in OAS countries, governments of other OAS member states have ignored them for narrow, political reasons. Such politically selective and convenient responses must stop if the OAS is to have any credibility in advancing the principle of R2P.

In this regard, another observation by Dr. Gallagher is worth recalling: “It is important that those who champion the R2P do not overstate the scale of the crimes being committed. OAS Secretary General Luis Almagro has invoked the Rwandan genocide as a pretext to justify R2P action in Venezuela, but clearly any such analogy is deeply flawed, as there is no pending threat of mass genocide”.

To be clear, the principle of R2P should be embraced by every country in the world. Every government should uphold the human, civil and political rights of its people, not oppress them and certainly not murder them or eliminate any ethnic group within them. Where governments execute heinous atrocities, the wider international community, particularly neighbouring states, should act to prevent and punish them within the UN agreed framework.

The OAS should be discussing this openly and transparently, paying attention to every country in the Americas, and not just to those where the political or ideological interests of powerful states are served, one way or the other. If the OAS continues the selective path that it has followed, it will reverse every step that it now makes to be regarded universally as a credible and respected organization.

That is not an OAS that will serve the peoples of the Americas well.

As a regional organization, the OAS should not seek to supplant global efforts at the UN; it would better serve the region and the world by providing objective and non-discriminatory leadership in upholding and advancing the principle of R2P within the UN agreement of 2005.