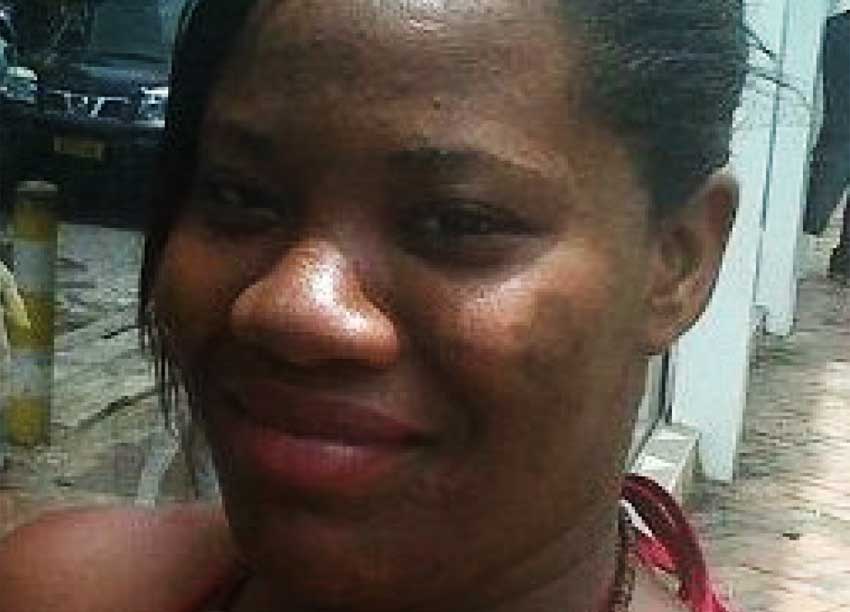 BRITTANY Charles’ story is truly heartbreaking and one that nearly brought me to tears. I passed her on the street many times before and we always greeted each other with smiles, but I never knew that behind such bright eyes, was a world of pain; pain some couldn’t possibly imagine.

Her life was marred by trauma; trauma she assured me she’d never forget.

“Sometimes I think about the past and I don’t feel like living but then again I have my children so I’m living for them. (When I was younger) I was sexually abused; not only once or twice it happened so many times,” Brittany, a mother of three revealed.

Her children are her biggest blessings—rainbows, in what seemed like a never ending storm.

“At 13 I ran away to the streets and the streets raised me. I lived at so many different people’s homes and at certain places I didn’t last because sometimes (the males in these homes would try to have their way with me); everywhere I passed it was a different story,” she said.

She begged God to change her circumstances, but it almost seemed like her pleas fell on deaf ears and Brittany was devastated.

“I used to actually go down on my knees sometimes. (I just wanted to know) why I had to go through all of that. Growing up, I didn’t really have anybody for me, I didn’t have no role model,” she added.

She was forced to quit school at an early age and believes that life could have played out differently, had it not been that way.

“Maybe if I finished I would have been a different person; I would have been independent. I went to Vide Bouteille Secondary School and C.A.R.E. (the Centre for Adolescent Renewal & Education) for at least a year and I didn’t finish that either; I never got to finish anything I started. It’s not my fault, there was a lack of finances,” Brittany said sadly.

She continued: “I came from a poor home, there was eight of us. We had to use the street light to do our homework, we had to carry water from stand pipes, use the public bathrooms to bathe and do our laundry there as well.”

According to her,” every day is a struggle.”

“A few years ago, a guy chopped me. I was at karaoke and he grabbed my behind. (We ended up in a scuffle—I threw his alcohol) because he had no right to touch me. He fell in the gutter (at one point); I didn’t think he’d do something so. My hand was hanging and it was just a piece of flesh that was holding it. My bones and everything (were exposed). I had to hold one hand with the other because it could have fallen out,” she shared.

“Nobody wants to hire me because they’re afraid that I will hurt my hand on the job or I will be too slow. The guy actually was heading for my neck but I blocked it,” Brittany added.

Ever since, life has been extremely difficult for the young mother.

“I had four surgeries in my hand already. I started taking up therapy so now I can move my fingers but I cannot really close my hand into a fist. The doctors said the only thing they can do is cut it because they did everything they can already,” she stated.

Thankfully, a number of persons have come to her rescue to help ease her burdens, however, her problems are not all solved.

“I have to be seeking help from the public, family members and friends; I sell ice lollies (as well),” she said.

Brittany hopes that life will turn around one day and admits that she battles depression at times.

“I don’t have my first son he’s living with (someone else). First they (Division of Human Services) said where I’m living needed water and electricity, I (got it), then they said I needed a stable job and plus where I’m living is not mine so I can’t take him until I have my own place,” she added.

Brittany wants nothing but the best for her children.

“I want them to become something good in life so they’ll not have to go through what I went through. Being a mother has taught me to be patient, understanding and also to show extra love,” she said to me.

“When I was younger I wanted to be a pediatrician. I love kids and they like me too,” she added.

Life has been tough for this kind hearted soul, but Brittany believes that God will make a way for her. She wants to move past the hurt and forgive those who hurt her.

“I have been taking counselling. It’s not easy to forgive something (like this) but God said to forgive,” Brittany said towards the end of our conversation.

She encourages individuals with a similar life story to change the script.

“It’s never too late to change your life because I changed mine,” she said in closing.