Article submitted by the Cuban Ambassador to Saint Lucia 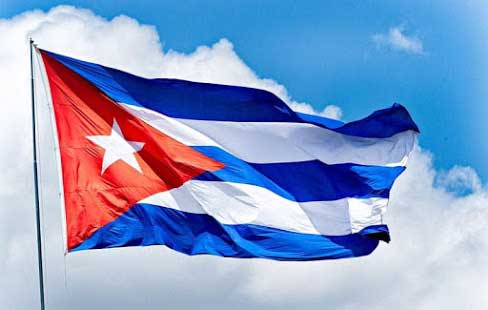 CUBA has been elected to the Human Rights Council (HRC) of the United Nations for the period 2021-2023. This body, composed of 47 member States, is responsible for the promotion and protection of all human rights in the world. Cuba is a founding member of the Council that ousted the former Commission on Human Rights; this is the fifth time that Cuba occupies a seat in this body, among the eight reserved for the Group of Latin American and Caribbean States.

Cuba obtained the secret, direct and individual vote of 170 members of the General Assembly of the United Nations, 88% of the members of the organization.

This result is magnified by having been achieved in the face of the lies and tall tales of the United States, the smear campaign, the manipulations and blackmail against Cuba. Sadly, the United States, with an unfortunate record on the issue, withdrew from the Human Rights Council in 2018.

The State Department had a statement complaining about the Human Rights Council Elections. It has decided to withdraw from all international bodies where it cannot impose its will.

It is worth reminding Washington that the blockade and its unilateral policy of hostility constitute a flagrant, massive and systematic violation of the human rights of the Cuban people and the main obstacle to the country’s development.

In the face of such aggressions, there are ample reasons to confirm that the promotion and protection of all human rights for all has been a priority for Cuba, based on the universal, indivisible, interdependent and interrelated nature of these rights. Cuba has achieved significant success in this field, thanks to the political will of the Revolution and the active participation of the people in all areas of national life.

Cuba is a party to 44 of the 61 international human rights instruments and has continued to fulfil its commitments and obligations in this regard.

Furthermore, as a State party to the Convention on the Rights of the Child, Cuba has designed national plans, policies and programs for this group, integrating the principles of the Convention. The United Nations Children’s Fund (UNICEF) has highlighted the country’s achievements in caring for girls and boys, including full access to culture, education and health. The principle of the best interests of the child is duly integrated into national legislation and constitutes a maximum in the administrative, educational, family, legal and judicial spheres.

Cuba conducts itself in the Human Rights Council with its own constructive voice, with its experience as a developing country that defends dialogue and cooperation, contrary to punitive approaches and selectivity, for the promotion and protection of all human rights for all.