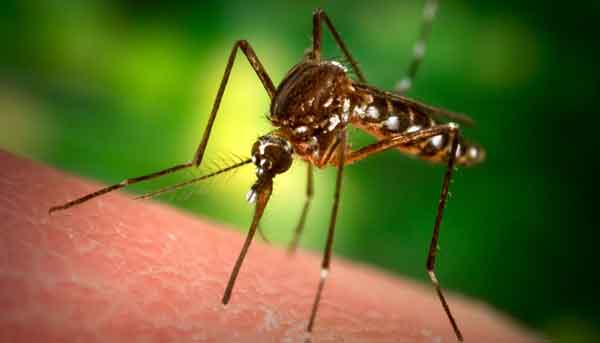 The incidence of dengue has increased in the region of the Americas over the past four decades, from 1.5 million cumulative cases in the 1980s to 16.2 million cases between 2010-2019. In the region, the French Caribbean islands are currently experiencing dengue outbreaks with a total of over 17, 000 cases reported cumulatively.

In August 2020, the Ministry of Health and Wellness of Saint Lucia declared an outbreak of Dengue Fever. To date, Saint Lucia has recorded a total of 503 confirmed dengue cases.

Although cases have been identified throughout the island, most of the confirmed cases are concentrated in the northern region in areas such as Castries, Bexon and Central Babonneau.

Fifty-three percent of the cases are male, indicating a slightly higher occurrence in the male sex. The age group 5-14-years accounts for approximately 39% of cases, of which 57% are male.

A total of 128 confirmed dengue cases have been hospitalized. Fifty-six percent of these hospitalized cases are male, of which the less than 14-year age group is most affected. In Saint Lucia, all 4 serotypes of Dengue have been known to circulate and for 2020 both serotypes 2 and 3 have been identified in the population accounting for 14% and 3% of the cases respectively.

Dengue Fever is a mosquito borne disease transmitted by the bite of the Aedes Aegypti mosquito. Persons infected with the virus develop signs and symptoms on average 5 days after being bitten by the mosquito. The most common symptoms of Dengue Fever include fever, headache, pain behind the eyes, muscle and joint pains and a red itchy rash. Characteristic in children is the appearance of glands to the neck.

Symptoms generally last for 5 days with resolution of the fever at day 5. There may be persistence of the fever beyond day 5 with worsening of one’s general condition. This occurs in approximately 5% of persons who progress to the severe form of dengue infection.

In its more severe form, persons may experience bleeding from the gums or nose, vomiting blood or passing blood in the stool and/or severe abdominal pain. There is no vaccine or specific treatment for dengue. Management is strictly supportive based on presenting symptoms.

The simultaneous infection of individuals in the same household has been noted in this outbreak of Dengue Fever. It is important to note that Dengue Fever cannot be transmitted from one person to another in the absence of the Aedes Aegypti mosquito. An infected individual and the mosquito are required for the transmission of Dengue Fever.

Prevention and control therefore involves the elimination of the Aedes aegypti mosquito. The Ministry of Health and Wellness has been engaging in activities aimed at the reduction and control of the spread of the Dengue Fever. Such activities include increased public education, clean up campaigns, island wide fogging, and inspection of premises with complaints.

The public is reminded of the measures to reduce the mosquito population such as:

There are also measures which can be adopted to prevent the bite. These include:

The Ministry of Health and Wellness will continue to provide the public with updates on the dengue situation in Saint Lucia.