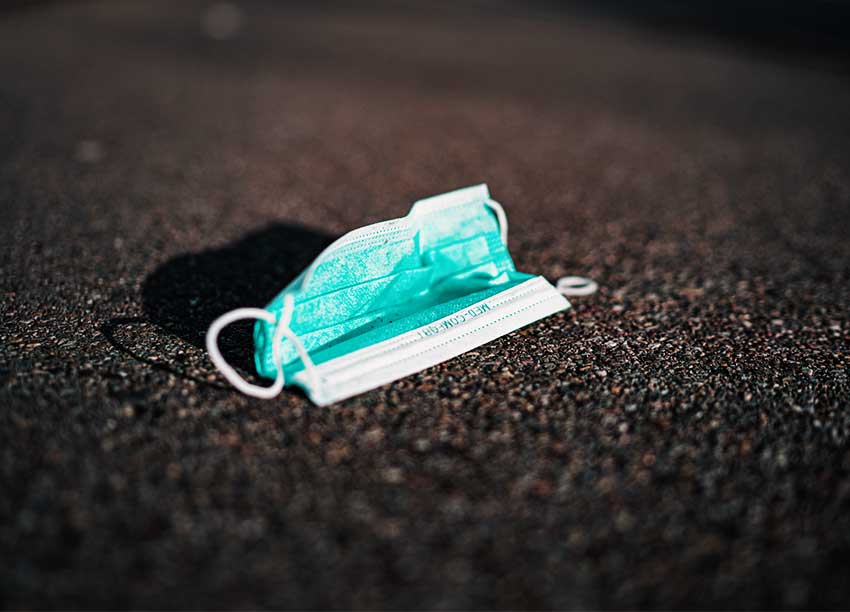 LOOKING back at what has passed of 2020, no one could have predicted that it would turn out to be so negatively eventful. Many, particularly our political pundits, had indeed predicted that the year would be interesting, even exciting, both in a positive sense. But none forecasted that its character would be shaped by a virus, one with so much power that it would cause economic mayhem in the world, and significantly impair Saint Lucia’s economic growth prospects.

While the Government of Saint Lucia has been relatively successful in flattening the infection curve of the virus, such an accomplishment has not been matched with economic rewards. In fact, what COVID-19 has done is to emphasize Saint Lucia’s pre-existing socio-economic vulnerabilities. This was highlighted by Prime Minister Allen Chastanet Sunday saying the country would experience a $400 – $500 million loss in tax revenues for the year.

Then came last Saturday’s announcement by the Chief Medical Officer, of a bus driver plying Route 2H testing positive for the virus and her call to persons who had commuted on that bus between September 28, 2020 and October 9, 2020 to come forward and be tested.

What makes this announcement so disturbing is the fact that this particular case could lead to a possible wide community spread of COVID-19, a possibility that has the Prime Minister worried to the point that Saint Lucians have been told to wear a mask or in violation face a penalty of $1000 and/or six months imprisonment.

The task ahead is enormous for the authorities as they go about their contact tracing routine in an effort to stop a community spread of the virus and find the source that infected the bus driver who became the island’s 29th positive case. As we write, the country has experienced two more positive cases bringing the number of total positive COVID-19 cases to 31.

With two and a half more months to go before completion, 2020 seems to be churning up more intense drama as it nears its expiration than when it started. With external shocks still battering our tourism dependent economy and the National Insurance Scheme ending its economic relief programme, along with job furloughs, salary cuts, business closures and more across the private sector, which has always been trumpeted as Saint Lucia’s engine of growth, the remaining months of 2020 will continue to be as eventful as the year’s beginning; economically more eventful than political.

The second special edition of the Inter-American Development Bank (IDB) Caribbean Quarterly Bulletin which provides an update of the economic conditions in the region, notes that an important evolving issue is the potential impact of the coronavirus crisis on countries’ balance of payments.

Noting that the economic forecasts for 2020 have worsened substantially, the Bulletin notes that economies within the region most heavily dependent on tourism could experience double-digit decline in GDP this year. (Let’s not forget that Saint Lucia’s tourism receipts constitute the largest single share of its export earnings and that tourism’s direct contribution to GDP for 2019 was 16 percent, with tourism representing 46.9 percent of exports for that year.)(Source: IDB Report 2020)

Then there are the social impacts of the ongoing crisis which in Saint Lucia are becoming more and more significant….and sobering, as household earnings drop, resulting in many Saint Lucians consuming less healthy foods, which in turn results in even more social and domestic problems that are already straining the country’s branches of law and order, social transformation and health.

Saint Lucia with a tourism dependent index of 56.4 (2018) – the index is calculated using five-year averages (2014-2018) according to the IDB – will suffer greatly as a result of what is happening in passenger air travel and cruise ship activity.

Straight talking from the powers that be to Saint Lucians is one of several measures that must be undertaken in order to ride this wave of economic uncertainty facing Saint Lucians today.

This quote by the IDB special quarterly report which came out this summer nicely sums up how bad the year 2020 has been for Saint Lucia.

“For Caribbean countries that are most dependent on tourism, such as the Bahamas and Saint Lucia, anywhere from 12 percent (Scenario 1) to as much as 20 percent of the labour force (Scenario 3) could be adversely affected by the pandemic. It is worth noting that these shocks have been applied to the direct contribution of the tourism industry to employment, which does not take into account other sectors (e.g., retail, services, construction) that are likely to be adversely affected by the loss of jobs and purchasing power for those working directly in tourism. Taken together, these and related exercises underscore the human dimensions of this crisis –many individuals and households in the region will suffer, implying severe social costs that are difficult to capture with economic aggregates.”