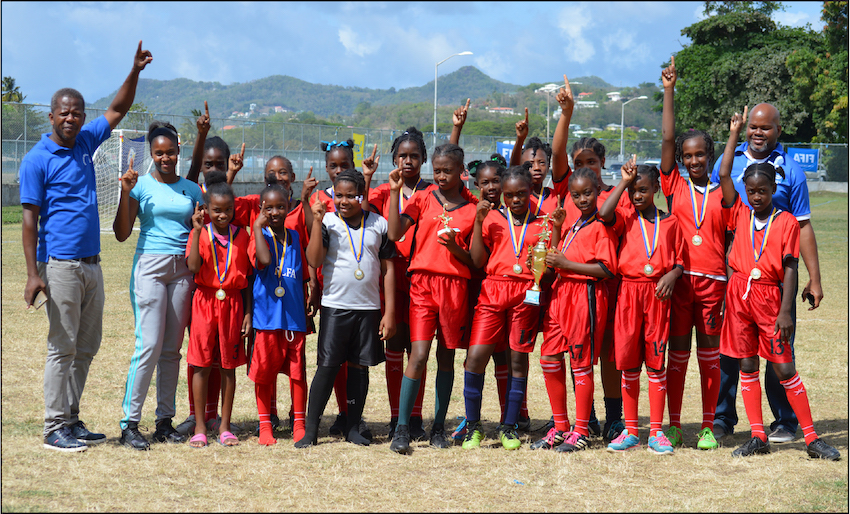 The Saint Lucia Football Association (SLFA) Inc. held a successful Zoom meeting with Presidents, Secretaries and Women co-ordinators on Monday 28th September 2020 to chart the way forward for the development of Women football in Saint Lucia.

Participants were informed that the SLFA Inc. had applied for and received funding of US $500,000 from FIFA the development of Women football and the implementation plans envisaged.

President Cooper gave an overview of the Strategic Plan which has now outlived its tenure and indicated that it had in some regards failed in its objectives. Going forward the plan is to achieve much more with a more coordinated and revamped approach. The goal is to achieve what it failed to in the last nine years.

The restructuring of the Strategic Plan is expected to be facilitated and finalized by January 2021. To this end, there will soon be the appointment of an individual whose sole responsibility is to develop and coordinate the women football within the confines of the plan required within the framework of the SLFA’s policy.

That individual will have to push and drive the women’s football along with the same parameters as is being done for the men with terms of reference along the lines of what obtains for the current SLFA’s Technical Director.

President Cooper challenged each league to come up with a concept development plan for women football within their district and to see how their goals can be achieved both in the short term and long term. These must be in keeping with the SLFA’s.

In addition, this development plan must indicate the level of funding and/ or resources needed to drive it forward.

SLFA Technical Director Ces Podd also addressed the meeting and some of his major concerns were that out of over 13 female coaches trained only about three are currently active, while the majority of the teams are being coached by males

While boys gravitate quite easily towards playing football there is need to get the same happening for girls and here is where the leagues’ women coordinators need to play a much greater role. Thus great emphasis must be placed on the grassroots programme within the leagues.

The meeting ended on a positive note with everyone looking forward to helping drive the process forward in further developing women football.