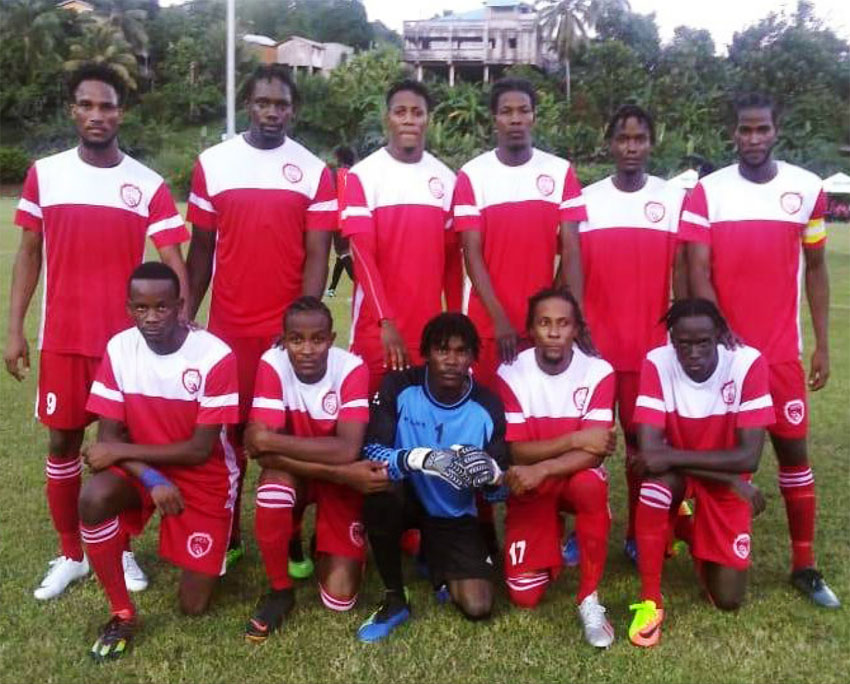 IT’S a packed weekend for football enthusiasts as the excitement continues in the Saint Lucia Football Association (SLFA) Inc, Island Cup/ Super League competition in collaboration with the Government of Saint Lucia. Matches are scheduled for the Canaries playing field and the Phillip Marcellin Grounds. Also on will be the Boys Club Championship in the Western/Northern Zone and Southern Zone, matches to be played at the Anse la Raye playing field and the Phillip Marcellin Grounds respectively.

Matches continue on Wednesday 30th at the La Ressource playing field from 6.00 p.m. Canaries takes on Gros Islet and Roseau versus Central Castries at 8.00 p.m.

Tomorrow at the Phillip Marcellin Grounds in the Island Cup/ Super League Division 2, Anse la Raye takes on the National Under 17 team; both teams will be looking to redeem themselves following defeats in the first encounter.

Anse la Raye went down to La Clery 7-1; while the national Under 17s was defeated by Vieux Fort North 2-1.

In the second game of the evening from 8.00 p.m. Desruisseaux takes on Marchand: both teams lost their opening matches and will be looking to pull all stops this time around to gain the advantage.

Desruisseaux went down to Dennery 2-0, while Marchand lost a hard fought encounter against Vieux Fort South 3-2.

For Micoud, No.7 Carlton Daniel scoring a beaver trick in the 3rd, 25th 47th and 82nd minute and No.15 Dwayne Mason the other in the first minute of added on time.

For Mon Repos, the goal scorers were No.9 Junior St. Rose in the 21st minute and No.14 Joel Lubin in the 72nd minute.

In Game 2, coming from their 7-0 drubbing at the hands of Micoud in the first encounter last week, Choiseul team regrouped to stun Laborie 1-0 with their winning goal coming from the boots of No. 2 Jordan Mitchel in the second half.

In the first game, Dennery, despite squandering numerous scoring chances, defeated Desruisseaux 2-0 with a brace (two) from their captain No. 2 Kurt Frederick in the 49th and 90th minute.

In the second game Babonneau squandered a 2-0 advantage to draw their encounter against home team Mabouya Valley 2-2.
For Babonneau, the goal scorers were No. 17 Kidanny Joseph in the 5th minute and No. 7 Rick David in the 24th minute.

No. 8 Vernon Abbott and No. 10 Leaus Alphonse scored for Mabouya Valley in the 64th and 71st minute respectively.

The SLFA showpiece continues with the Boys Club Competition today (Saturday 26th) and Sunday 27th September in both the Western Zone in Anse La Raye and the Southern Zone at the Phillip Marcellin Ground (PMG) in Vieux Fort.

In the Southern Zone, Saturday 26th, Under 11 division: RYO takes on DCYO and Uptown Rebels plays Black Panthers. Both matches will be played simultaneously from 10.00 a.m.

In the Under 13 division: Black Panthers will come up against Aux Lyon and DCYO takes on Knights. Both matches will be played simultaneously from 12.00 noon.

Two games are on the cards in the Under 17 division, Platinum versus DCYO and OTR takes on RYO. Both matches will be played simultaneously from 3.00 p.m.