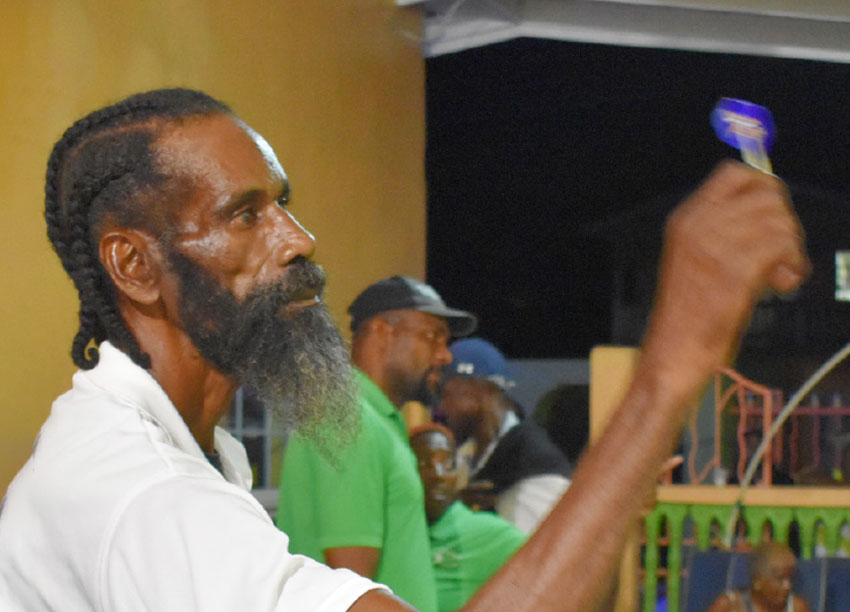 Results in the game between Untouchables versus Branford Darters.

In the two men’s double: opening match, Trevor John and Linus Theophilus (Untouchables A) went down to  Julian Jules and Vincent Lucas (Branford Daters) 2-0; Haig Louis and Cuthbert Tony (Untouchables A) pulled one back when they   defeated William Roschild and Peter Branford (Branford Darters) 2-1.

Ladies singles: Patricia Edmund (Untouchables A) had a walk over Marcellin Charles (Branford Daters) 2-0 as the latter was absent for her encounter.

Results in the second game of the evening between Untouchables B and Amazona Darts Team.

THE VOICE spoke to the Tournament coordinator, Melissa John about the overall performances to date. This is what she said.

“I am pretty impressed with the way things have gone so far, the level of play is at a very high standard. The winning margin has been very close with the exception of Branford Darters and Untouchables B losing to Untouchables A 7-2 and 8-1 respectively”.

She added, “It is really nice to see one of the veteran players, Gerald Cyril, a former national champion and police officer coming back to competition and showing some of his yesteryear skills with his unique style of throwing the darts. I simply hope players of the past will show up in the next tournament”.

In terms of the games played to date, it must be noted that the quality of play has been of a very high standard as the players from the various teams continue to give the darts fans coming to take in the showpiece something special.

The tournament continues today (Saturday 26th) at the same venue. Southern Pointers takes on Untouchables B from 5.00 p.m. The tournament takes a four days break and will resume on Thursday 1st October, day 5 when Amazona Darts Teams will play Branford Darters from 5.00 p.m.