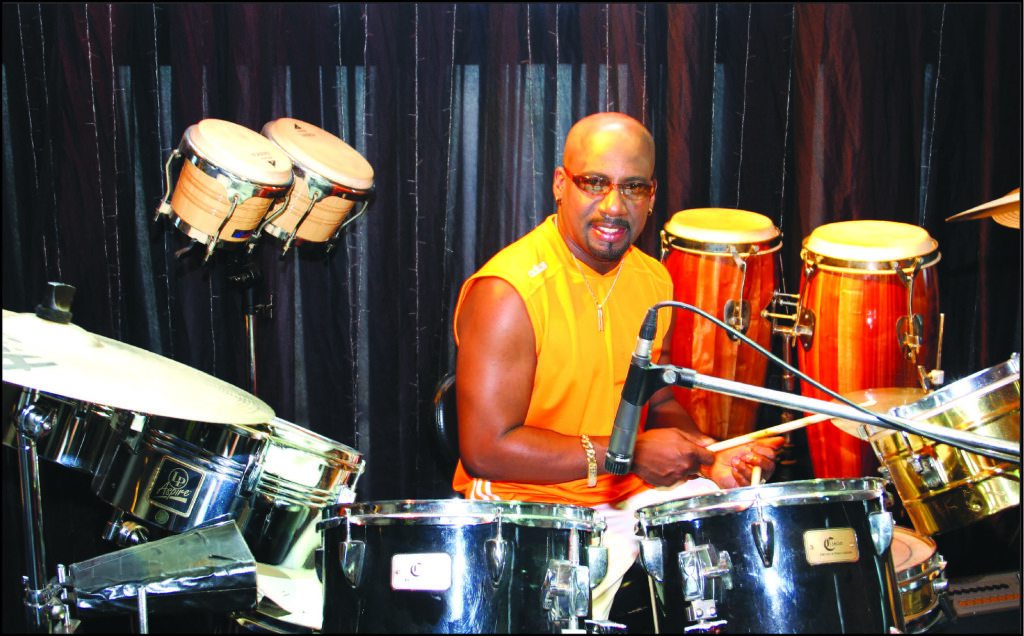 A well-known St. Lucian musician, songwriter and bandleader is making musical waves across Canada, Europe and parts of Asia with the release of his group’s single The Party.

The group’s St. Lucian founder who goes by the official name Jermaine St.Omer affectionately known as (RAJOW), is a former member of the Tru Tones musical group where he drummed with legendary guitarist Boo Hinkson.

The single, written and composed by Rajow is his band SAINT “O” first single on the pop charts, and is a mixture of musical influences from Earth, Wind & Fire to Bruno Mars, Kassav and Incognito, is fast climbing the charts in Canada and has garnered enormous responses on Social Media since its August release.

The band SAINT “O” is well known on the concert circuit in Canada for their musical genre “Afro Caribbean Jazz”, and the deviation to a hit single on the pop charts was risque but refreshing, and welcomed by their numerous fans as to the versatility of the band.

The single also charted in Thailand, Indonesia, China, Singapore, Vietnam, Taiwan, and Macau and Western Europe where the group Saint ‘O’, named after its leader Jermaine St.Omer, has a substantial fan-based having toured these countries over the past two decades.

Canadian DJs have described the single as electrifying and innovative while callers to the various radio stations cannot seem to get enough of the silky smooth voices of lead singer LaVonne Cadogan and back up Rhonda Sogren. The horn riffs of Peter Chelsie and Kevin Kavanagh and the captivating rhythms of the percussion section led by drummer and bandleader  Rajow add to the flair of the composition.

The single which can be accessed on Youtube was mixed and mastered by Producer Bayete Williams.