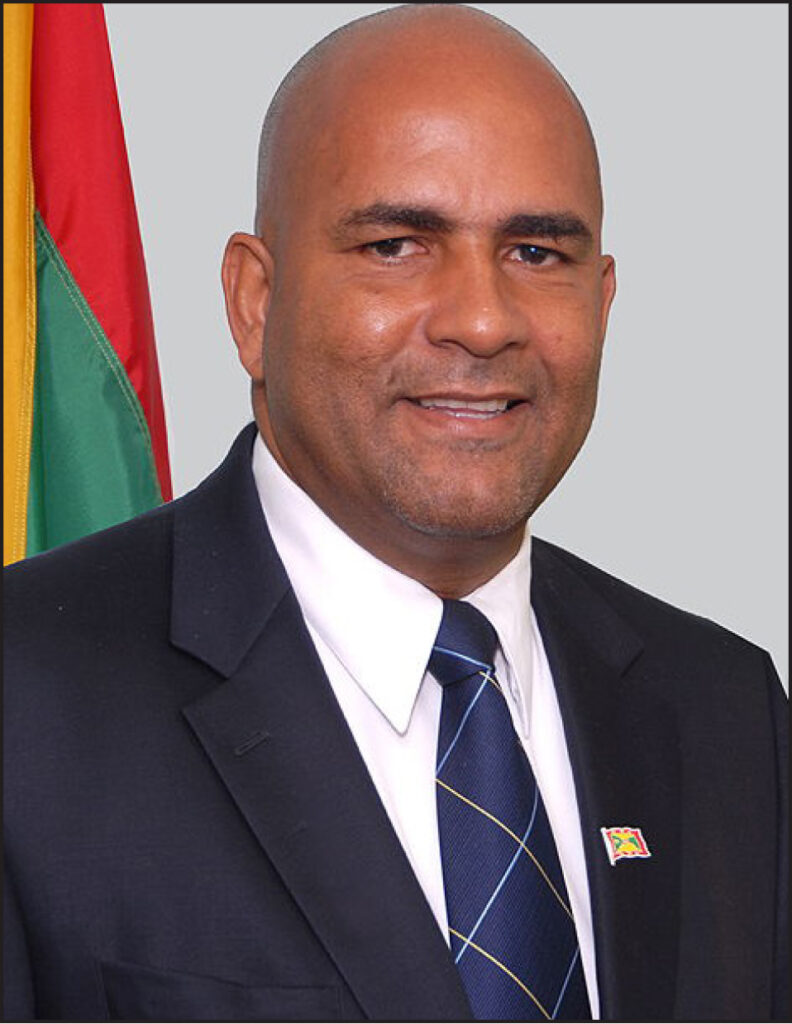 The meeting addressed issues of critical concern to the Organisation and its Member States including (inter alia) key developments in the international arena; the ongoing negotiations between the Organisation of African, Caribbean and Pacific States (OACPs) and the European Union (EU) on a new Agreement post-Cotonou;  blacklisting of States as  “non-cooperative tax jurisdictions” by the European Union, BREXIT and its implications for Cariforum/UK Trade and Economic Relations; and strategic joint diplomatic and commercial engagement in specified jurisdictions.

In his opening remarks to the Council, the Director General of the OECS, Didacus Jules congratulated the Incoming Chair, the Hon. Mark Brantley, Minister for Foreign Affairs of St. Kitts and Nevis and assured him of the Commission’s support during his tenure.  He acknowledged the contributions of the Outgoing Chair of the Council, the Hon. Peter David, Minister for Foreign Affairs of Grenada through his direct intervention, particularly in respect of OECS foreign policy coordination and harmonisation.

The Director General commented on developments in Europe particularly the issue of blacklisting, the current negotiations between the OACPS and the EU on a successor agreement to Cotonou, and the implications of Brexit for Cariforum-UK trade relations, the need to monitor developments in Asia and the impending elections in the USA.  He emphasized the need to further strengthen the capacity for foreign policy harmonization in efforts to successfully navigate these and other complex global issues.

In closing his remarks, the Director General wished the Council every success in its deliberations and expressed the hope that the international relations matters alluded to earlier will grasp the full attention of Council at its meeting.

The Outgoing Chair of the Council, the Hon. Peter David thanked the Director General and the Commission for the support of Grenada’s chairmanship over the past year and for the work done in ensuring that the Organisation remains relevant to all Member States.  He commended the Economic Union Working Group on Foreign Affairs for its diligence in advancing the international relations agenda of the economic union and for the establishment of focus groups to undertake detailed investigation and study on critical matters in the international sphere.

He commended the Commission’s initiative (through specific interventions at meetings of  the Economic Union Working Group on Foreign Affairs) to  keep senior officials in Member States abreast on current issues including the OACPS/EU negotiations for an Agreement post-Cotonou, and the Cariforum-UK Trade Agreement . The Outgoing Chair expressed satisfaction with the achievements of the OECS particularly in the established and fully functional joint Embassies in Rabat.  These matters, he noted, are critical to achieving the mandates of the Revised Treaty of Basseterre as they relate to the harmonization of the region’s foreign policy.

The Outgoing Chair remarked that the Council was meeting at a time when member states’ economies and peoples are facing unprecedented times – from the challenges posed by the inherent structural characteristics of their economies, emerging multilateral arrangements, climate change, to the Covid-19 pandemic.   He however expressed optimism that collective efforts towards integration will assist to successfully steer the region through these unprecedented turbulent times.

The Incoming Chair of the Council, the Hon. Mark Brantley, Minister for Foreign Affairs of St. Kitts and Nevis expressed appreciation to the Outgoing Chair for the guidance provided during the past year.  The Incoming Chair noted the absence of Ambassador Anthony Severin, former Head of International Relations who had recently retired. He expressed gratitude for the guidance offered by the Ambassador during his years at the Commission and wished him every success in his future endeavours.

In assuming the chairmanship of the Council, the Honourable Minister pledged his full support in advancing the key objectives of the Organisation and the region. He urged that Council rethink and formalise more regular meetings to allow for reassessing goals and evaluating progress toward the achievement of the region’s pursuits.  The Incoming Chair encouraged the alignment of the OECS’ interests with that of the wider region as far as possible, but cautioned that the region must not be constrained or submerged by the latter’s agenda. He remarked that the Coronavirus created opportunities for discovering innate creative abilities and talents particularly in the region’s youth.  The Incoming Chair recommended that these talents be harnessed and that the youth be provided with the requisite support to transform their skills into thriving business ventures for a more promising future.

The Incoming Chair urged the support of all, including the Commission, in undertaking the necessary tasks to fulfil the Council’s mandate.

The Sixth Meeting of the OECS Council of Ministers: Foreign Affairs (COMFA) affirmed its commitment to remain engaged quarterly on major issues of concern to the Organisation and its Member States at the global, hemispheric and regional levels, and to work toward their speedy resolution in the interest of the region.