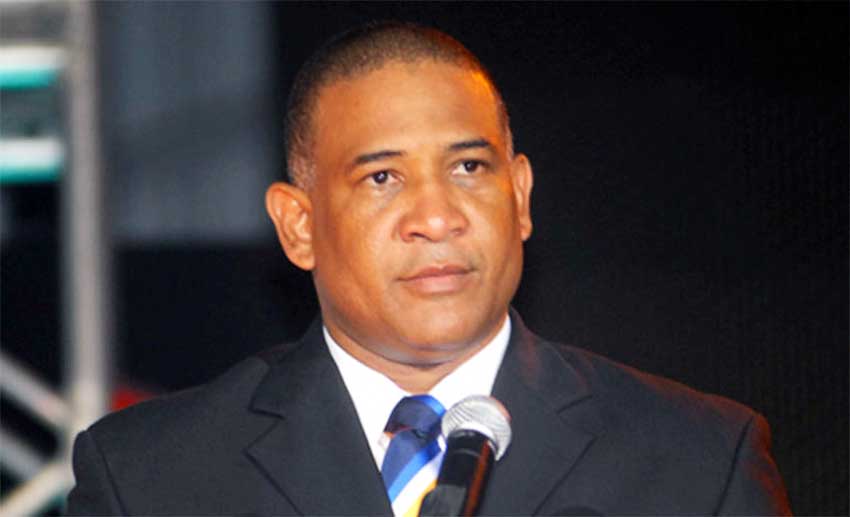 More episodes have surfaced in the drama between Castries South Parliamentarian Dr. Ernest Hilaire and the Government of Saint Lucia over documents pertaining to the importation of a Range Rover Sport vehicle by the former.

Acting Comptroller of Customs and Excise, Peter Chiquot wrote to Hilaire requesting that the vehicle be returned to Port Castries in the care and custody of the Customs Department by September 16, 2020.

Chiquot’s reason, as outlined in the letter to Hilaire dated September 16, 2020, was Hilaire’s failure to submit to Customs and Excise a supplier’s invoice for the vehicle since it was new.

“To date, the supplier’s invoice has never been submitted to the Examination Officer or the Customs Broker,” Chiquot wrote.

According to Chiquot, a further request for the submission of the purchase invoice among other documents were made but refused by Hilaire and his attorney, who indicated that the documents should be obtained from the Ministry of External Affairs.

Wrote Chiquot, “You would appreciate that the Ministry of External Affairs remit on your behalf could only have been executed based on the information/invoice issued to and provided by you for your consignment. To date, for your failure, the Ministry is unable to do so.”

Chiquot reminded Hilaire, via the letter, that the vehicle was released in Hilaire’s care on pre-delivery in good faith and on the condition that Hilaire would submit all invoices issued to him for the vehicle and his personal effects for the processing of the appropriate Customs entry.

“Consequent upon your failure and refusal, the Department is left with no option but to withdraw the pre-delivery and request that the vehicle be returned to Port Castries into the care and custody of the Customs Department by September 16, 2020 pending your submission of the supplier’s invoice issued to you for the purchase of the vehicle within seven days of this letter,” stated the letter from Chiquot to Hilaire.

“In fact, these memos, when read together with your Report of 12 June 2020 and your letter of 16 September 2020 show that these false statements were made for the sole purpose of detaining our client’s vehicle,” St. Rose stated in her letter to Chiquot.

Meanwhile a memo from the person who in February 2020 was Acting Comptroller of Customs (Mrs. Anita Montoute) to the Permanent Secretary in the Ministry of External Affairs dated February 24, 2020 on the subject “Outstanding Pre-Delivery” stated:

“…it was observed that the Single Administrative Document –SAD for returning diplomat, Dr. Ernest Hilaire is still outstanding. In this regard, the (Customs and Excise) Department received a memorandum dated 21st December 2015, from the Permanent Secretary, Department of External Affairs stating that the Government of Saint Lucia, by virtue of Cabinet Conclusion No. 815 of 2003, is responsible for all cost associated with shipping and clearing goods of returning Diplomats. Further, the said memo specified that the Ministry would undertake the same on behalf of Dr. Hilaire.

“Consequently, in 2015 a pre-delivery was granted to the Ministry to facilitate the clearance of Dr. Hilaire’s personal effects, that is, the goods were released pending the payment of the relevant duties and or pending the approval of the concession. However, to date, this transaction has not been finalized and has remained outstanding for over four years.”

Mrs. Montoute’s memo to the Permanent Secretary Ministry of External Affairs concluded by stating that the Customs and Excise Department “is imploring that the necessary action be taken to ensure all relevant documents are submitted in order for the SAD to be brought to account and the perfect entry be submitted.”

The Permanent Secretary responded in a May 21, 2020 memo writing thus: “Please be informed that by virtue of Cabinet Conclusion No. 815 of 2003, the Department of External Affairs has finalized the necessary journal entry to facilitate the clearance of Value Added tax on personal effects item on behalf of returned diplomat Dr. Ernest Hilaire.”

On May 29, 2020 the Ministry of External Affairs wrote to the Comptroller of Customs and Excise stating that the Department of Finance was advised to stop the processing of the value Added Tax payment until further notice from the Director of Finance.

More developments in this case will be reported by THE VOICE whenever they become available.