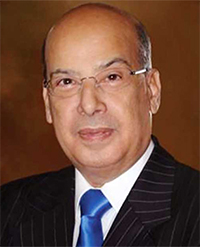 (The writer is Antigua and Barbuda’s Ambassador to the U.S. and the OAS.  He is also a senior fellow at the Institute of Commonwealth Studies at the University of London and at Massey College in the University of Toronto. The view expressed are entirely his own.)

Nelson Mandela in 1990 was a towering symbol of the triumph of right over wrong. Released from prison after 27 cruel years for his unrelenting stand against apartheid and the dehumanization of the black peoples of South Africa, he was universally admired.  His walk through the gate of Victor Verster Prison to freedom was watched on television by an emotional audience of millions of people the world over. Quite literally, there was an explosion of joy.

Every leader in the world wanted to be seen with him, even though a few of them were uncomfortable with his refusal to deny or condemn governments to which they were opposed for their own political reasons.

Visiting the United States one month after his glorious release from prison, Mandela refused to repudiate the Chairman of the Palestine Liberation Organization, Yasser Arafat, Cuban President Fidel Castro and Libyan leader Moammar Gadhafi – all denounced by successive governments of the U.S. and some European nations. “Our attitude toward any country is determined by the attitude of that country toward our struggle,” the great man said.

It was a principled statement he repeated time and again when pushed to criticize Castro and Gadhafi. He declared, “No state can dictate to another what it should do. Those that yesterday were friends of our enemies have the gall today to tell me not to visit my brother Gaddafi. They are advising us to be ungrateful and forget our friends of the past.”

Mandela was teaching a simple but cogent lesson of international relations that powerful governments ignore to their own cost.   Essentially what Mandela was saying is “the enemy of my friend is not necessarily my enemy” and, more importantly, just as ingratitude is a quality to be deplored in human relations, so, too, is it to be condemned in relations between states.  Such behaviour by a state marks it as untrustworthy and unreliable.

The countries of the Caribbean Community (CARICOM) have each had a beneficial relationship with Cuba.  At times of natural disasters throughout the region, Cuba has been a first responder, even at times when it has endured catastrophe itself.  Conscious that Cuba’s own resources are meagre, the willingness of its government and people to provide help to its neighbours has earned them great respect.

Cuba has also contributed significantly to the knowledge base of CARICOM societies, training its young people through scholarships in a range of disciplines, particularly medicine, for over four decades.

There is no CARICOM country that has not been a beneficiary of Cuba’s investment in medical science, through the provision of much needed medical personnel.  In confronting the immense challenge of the COVID-19 pandemic, Cuba has been outstanding in supplementing the medical personnel of CARICOM countries with experienced doctors and nurses, putting their lives at risk.

It is not insignificant that the CARICOM countries, with the lowest number of deaths and the highest number of recoveries of infected persons, were buttressed in their efforts by Cuban personnel.

Therefore, it should not be unsurprising that regional governments have not reacted well to a bill, introduced in the U.S. Senate by republican Senators Rick Scott, Marco Rubio and Ted Cruz, which seeks to classify Cuban medical brigades as victims of human trafficking, and calls for punitive sanctions against countries which request them.

The basis for declaring Cuban medical brigades as “forced labour” and accusing Caribbean – and other governments – of “human trafficking” for requesting them, has no evidential foundation.

This effort follows decades of a U.S. blockade against Cuba which has intensified in recent years, contributing to unemployment, poverty, and human suffering. Cubans have been deprived of remittances from their relatives in the U.S., air traffic and cruise tourism has been banned, US companies have been warned on pain of severe penalties not to do business with Cuba, and even non U.S. companies, if they also conduct business in the U.S., face sanctions.  Each of these actions cause Cubans to lose their jobs, affecting the livelihoods of their families.

Cuba is far from perfect, although it has made astounding leaps to provide free and widespread health and education services despite the stifling circumstances of the embargo.

Its governing political apparatus is intolerant of the formation of opposing political parties and the government cracks down on protesting voices that it believes are encouraged and funded by external forces.  All that needs to change, and a democratic system established in which the people can choose, without interference, a government and an opposition in contested elections.

However, such democratic norms cannot be established in a country to which international democratic norms are not extended, and which exists under an external siege intent upon regime change and the restoration of rule by interests self-exiled in the U.S. and longing to install domination enjoyed before the Castro revolution.

Next month, the U.S. trade embargo will be in place for 60 years.  To endure the resulting extraordinary circumstances of hardship required extraordinary policies and practices.

In any event, Cuba poses no threat to the security of the U.S. or the wellbeing of its people, something about which CARICOM countries would be deeply concerned were it so.

CARICOM countries share with the U.S. a fundamental commitment to democracy.  They also hold dear another value shared with the U.S. – true self-determination.

So, they walk a line between the U.S. and Cuba, always ready to help broker an end to the embargo and promote normal relations between two countries, in which democracy can thrive. But also exercising their right to determine their own friends.