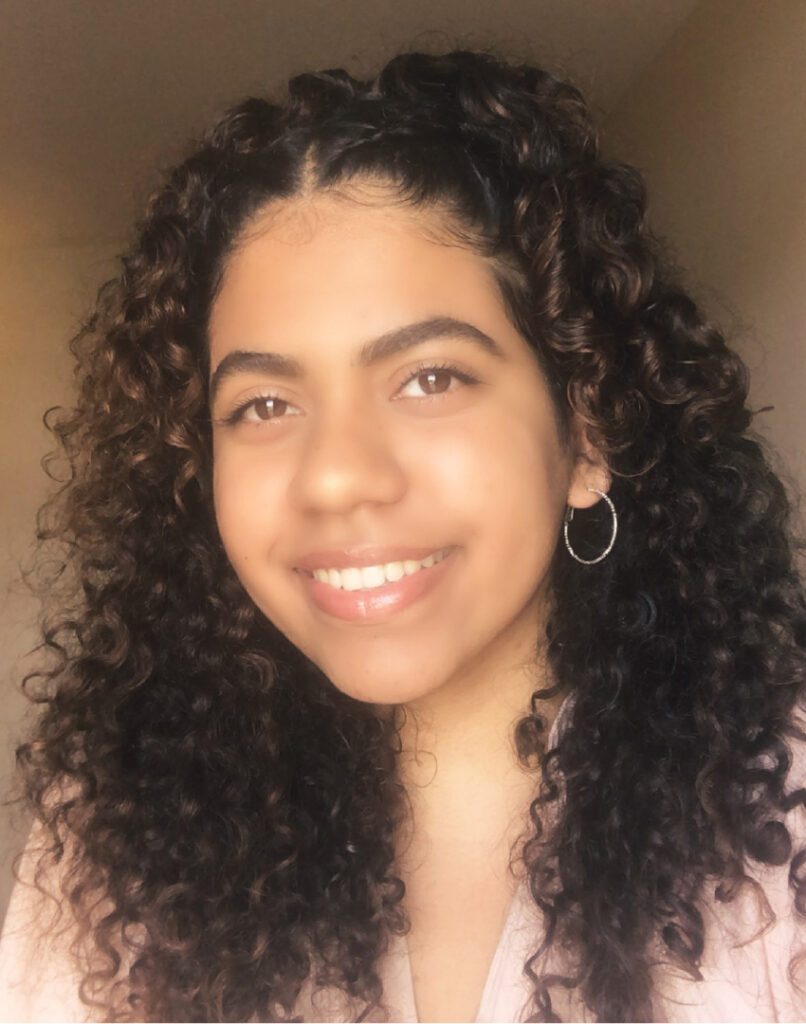 George boasts a long-standing record of academic excellence, dating back to primary school, where she won numerous national competitions, representing Dame Pearlette Louisy Primary School. This led to her being awarded her first National Award of Excellence for her performance in the National Science and Technology Quiz in the Year 2012.

Her exceptional performance continued throughout secondary school where, as a student of St. Joseph’s Convent she graduated as one of the most outstanding performers in the 2018 CSEC examinations with 11 ones. She made the CXC Regional Merit List in three subjects: Economics, Biology and Physical Education. Kaela then went on to win the National Awards of excellence again in 2019 where she received subject awards for Biology, Additional Mathematics and Economics as St. Lucia’s top performer.

Having completed secondary school, Kaela looked to Germany to further her education. Why so far away? Kaela had been planning to attend a German University and completing her A-levels there would facilitate her later application. When asked about the experience she replied: “Most people ask about the language barrier. Luckily, I grew up speaking three languages so that wasn’t the most difficult adjustment for me. The largest obstacle was trying to bridge the gap between two fairly different education systems.”

A few months into her new school routine Kaela had caught up completely and had set her sight on her next goal; a National Mathematics Competition. “Normally, I don’t get too nervous before any sort of academic performance, but this was the largest scale of competition I had ever been a part of.” Approximately 1600 of the best young mathematicians participated. The results showed Kaela was in the top 40, selected to attend a week-long workshop, working closely with some of the brightest minds in mathematics nationwide.

Her most recent achievement, was the culmination of two years of focused, hard work. Despite the ongoing Covid-19 pandemic forcing a remote learning system on most schools and delaying exams, Kaela managed to complete her finals and graduate top of her year with a 4.0 GPA. She was also a recipient of the esteemed “Scheffel Prize”, given by the National German Literary Society for outstanding performance in the 2020 German A-Levels examinations. She is now a member of the literary society and hopes to follow in the paths of the many well-known scholars who have upheld a longstanding tradition of excellence.

Kaela looks forward to seeing what the future holds and is excited to specialize and go into research in the field of molecular medicine.