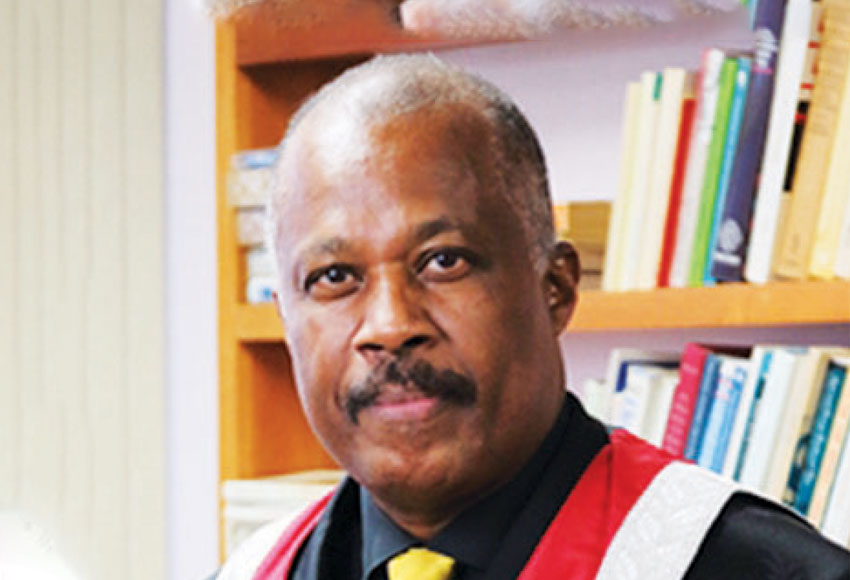 WHENEVER I say, ‘I wish every Caribbean citizen would tune in to UWItv Global at least once a day’, I’m always asked ‘Why?’ — and each time I give more than one reason.

Take the following six…
One: The only regional TV channel committed to giving the Caribbean a mirror to watch and a platform to parade as a dynamic region with people and institutions akin to all.

Two: The only regional TV channel featuring content entirely produced in, of, by and for the Caribbean, with exquisite voices and images of all Caribbean people.

Three: Its programming offers knowledge and exposes Caribbean leadership in and at its full — like one I watched on August 9, 2020 that celebrated The University of the West Indies (The UWI) for ‘Three Firsts’, a string of sterling unprecedented achievements in as many years.

Four: It shares the breadth of ‘Pelican’ wealth and knowledge (of UWI Graduates) of various ages and stages, interviewing and being interviewed daily about regional subjects or international developments of regional import.

Six: Creativity, innovation and professionalism of its Caribbean management and staff on permanent global display, 24/7.

Laudable achievements
The accolades highlighted for UWItv Global are not separate from that to be given The University of the West Indies (The UWI), which created it and by extension its leadership — the three are linked.

These achievements are all highlighted in the programming of UWItv Global. The recalled programmes (available on the channel’s website) lauded The UWI’s achievements on the Regional, Hemispheric and Global academic highway, by showing how it all was done and why the results emerged.

It featured speakers and presentations by the Heads of all The UWI’s campuses and regional branches participating in a virtual reception to celebrate the three noble achievements online, champagne included.

Common denominator
I sometimes have to offer more reasons to Doubting Thomases why they should simply go home and just press the channel numbers for UWItv Global.

But the six factors in the equation offered above will suffice, as they all have one common denominator: Leadership of the current UWI Vice Chancellor, Professor Sir Hilary Beckles.

Beckles, appointed Vice Principal in May 2015, is an acknowledged Barbados-born Caribbean social historian, economist and academic of international standing.

He is also considered in the sporting world as being perhaps the most knowledgeable about the history of West Indies cricket, about which he has also written several books.

Sir Hilary’s very life revolves around The UWI, which he has led since he moved to its Regional Headquarters in Jamaica from his previous position as Principal of the Cave Hill Campus in Barbados.

From Day One, the new VC set the objectives of preparing and making The UWI ready to not only confirm its place as the region’s top university, but also to compete with and rank among the best anywhere and everywhere.

He built a leadership team credited with almost mechanically synchronizing its real time communication, coordination and cooperation across the three UWI campuses at Mona, Cave Hill and St. Augustine, the ‘Five Campus’ entity in Antigua & Barbuda (representing the smaller non-campus territories) and the UWI Open Campus that takes classes online and offshore to over 30 non-campus territories and entities across the wider region.

‘Leading from in front’
Beckles’ leadership has been crucial in setting and achieving the high goals in short time being celebrated together today.

The university’s progress and achievements at home and abroad, under his watch, have been nothing but remarkable, as reflected in the citations and other commendations that also keep coming The UWI’s way today, now more than ever.

This Vice Chancellor’s role has been one of ‘leading from in front’ (to quote an appropriate Caribbean term).

He is President of Universities Caribbean, an association of 58 Caribbean universities across the multi-lingual region of islands and mainland territories washed by the Caribbean Sea and is widely respected in the world of university alliances.

And earlier this year he signed a historic Memorandum of Understanding (MOU) between The UWI and the European University Institute (EUI), which is expected to deepen ties between the Caribbean and Europe and help The UWI protect the Caribbean Community (CARICOM) in the European Union (EU) — again online, via UWItv Global.

Under Beckles, The UWI has been positioned as an ethical university committed to scholar activism and social justice and he has unapologetically led on that front, combining his revolutionary activism with his training as a historian to produce the seminal publication on Reparations called Britain’s Black Debt (2013) justifying CARICOM’s demands for Reparations from Britain and EU member-states that benefitted from Slavery and Native Genocide in the Caribbean.

Expecting the unexpected
Beckles faces one hiccup that’s long become worryingly traditional across the Caribbean over time — people expecting nothing but the best from good performers, to the extent of treating their excellence as customary, natural – and therefore normal.

As a result, achievements of excellence or extraordinary worth are either overlooked, undervalued and/or totally unappreciated.

Beckles, like all his predecessors, is naturally expected to give it his all at The UWI’s helm – and has shown results.

But when one has gone beyond normal expectations like he has, each signal achievement is deserving of the equally signal praise normally withheld.

Crystal clear
It’s crystal clear that Beckles has well-studied (and perhaps also well-patterned, some may say) his academic life along the lines of his predecessor and first UWI Vice Chancellor, Sir Arthur Lewis.

His first major published work was influenced by his tour of the British West Indies during the 1938 revolts across the islands and contained the first veritable case for Reparations from Britain for Slavery.

Lewis is in 2020 being belatedly celebrated as the intellectual author of the First Blueprint for Reparations, which CARICOM is now proposing as the basis for the Europeans to pay their outstanding historical debt to their former colonies in the region.

Britain and the culprit EU member-states are being asked by CARICOM to open talks about paying their long-outstanding and overdue reparations debt by funding a proposed Caribbean Development Plan — to be called ‘The Lewis Plan’ (akin to the Marshall Plan for Europe and the Colombo Plan for East Asia after World War II).

Paramountcy of development
Lewis pursued a Caribbean development paradigm in which, among other battles, he waged a successful fight to save and preserve the UWI’s regional character in the face of the divisions that came with the engineered end of the West Indies Federation in 1962.

In 1963, after the toils of time and work started seriously affecting his health, he left the UWI to take up a professorship at Princeton in the USA, where he would remain until his retirement in 1983.

In 1970, while still attached to Princeton, he was appointed first President of the Caribbean Development Bank (CDB), leading it until 1973.
Like Lewis, Beckles sees The UWI’s role as paramount to the development of the Caribbean and both carved roles for the university that transcended national barriers, boundaries and borders and allowed it to ride waves that wrecked colonies.

Each has also stood out in their prescriptions for development of the university that, at different times, raised its profile beyond the West Indies and the CARICOM region, respectively.

Lewis safely sailed the UWI through the turbulent waters of the West Indies Federation and Beckles has taken The UWI in the second half of the 21st Century beyond realms ever thought possible a decade earlier.

Their personalities are as distant as their generational gap, but the two UWI VCs have each walked and followed similar paths in common pursuit and prescription of appropriate development models.

And they also share the common view of paramountcy of development to the success of regional economic, social and political reconstruction.