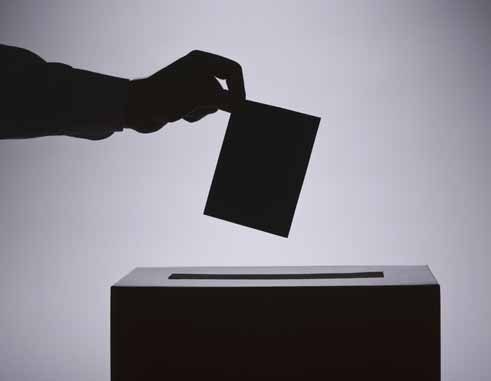 ELECTIONS are constitutionally due by June 2021 or September of the same year. In my humble opinion, the current administration needs to use all the time available before calling any elections. The main reason being that under this pandemic spell, individuals are more concerned about getting their lives together and ensuring how best their financial situation can be stabilized under the dramatic changes in job creation / description and carefully observing the future of the virus since several major nations are now experiencing a second wave. The current administration, therefore, has a new and serious task ahead based on the major changes created by Covid-19 and it will not be business as usual as the commercial sector, self-made persons, entrepreneurs and government need to co-exist under the new pattern of administrative protocols. Assuming that individuals working from home the world over in the last four months will continue in this vein long term, adjustments will be required.

It is my understanding that as of August 15th a number of hospitality facilities like the Sulphur Springs, Ziplines, Hummingbird Beach Park and other such parks are likely to be opened which will generate new income streams for several individuals. In addition, the Canadian and Trinidad borders will be opened by August 20th, with Caribbean Airlines and Inter-Caribbean filling the LIAT void, whereby our regional traffic will produce incremental opportunities for the hospitality industry. A major boost will certainly originate from the French Islands once the ferry services can resume its former itinerary as Martinique seems to have the virus under control despite their ongoing arrivals from France which is a good sign. The commencement of British Airways operating two flights weekly remains encouraging, plus, the call center industry which continues to thrive as a new game changer as another 150 persons will be hired in the north come October 1st, 2020. On Thursday August 6th, Wasco embarked on a major 60-million-dollar project at the Grace Facility in the south where the water supply will go from 1.5 million gallons per day to 4 million on completion. This all coincides with the Wasco headquarters in the south scheduled for completion March 2021. Coconut Bay on the other hand, which suspended operations in April has partially reopened and rehired some 60-original staff. ITELBPO Smart Solutions which recently hired some 150 call center employees will take on another 150 in September as the second facility is completed. Invest St Lucia commenced work on a third building for yet another 150 employees which is likely to be completed mid December 2020.

All major concrete works at the new St Jude Hospital are 90 percent completed and as of September 1st 2020, an entirely new crew of electricians, electrical engineers and plumbers will be on site to address the electrical and plumbing requirements taking into consideration the new protocols of Covid-19. Several containers consisting of plumbing and electrical equipment are due at Port Castries from the United Kingdom and Canada on September 5th, 2020 and it is envisaged that by November 30th this phase should be completed and by late December this installation of equipment takes place, in preparation for a soft opening in March 2021.

A stone’s throw away from the St Jude Hospital represents a major 30-million-dollar extension by the Windward and Leeward Brewery to increase their production and more importantly to address the loss of SMJ Beverages which departed our shores. Brice and Company, one of the major innovators in the South is now entering the production of PVC material which involves additional employment for the south. OECC, the main contractor for the HIA terminal has presently leased the entire Skyway Hotel to house their offices and living quarters for the technicians of that project. Based on these ongoing major projects close to 1000 persons are presently employed in the south of the island.

Within the Castries Basin, along the Queens Lane Road a modern 20 million dollar building to house a state-of-the-art supermarket will be completed by March 2021 where some 115 construction workers are on the job since June 15th, 2020. Additionally, a team of 700 workers remain employed within the 40 ongoing government projects. All these projects are a sign of confidence in an administration that laid the groundwork over the last 3 ½ years.