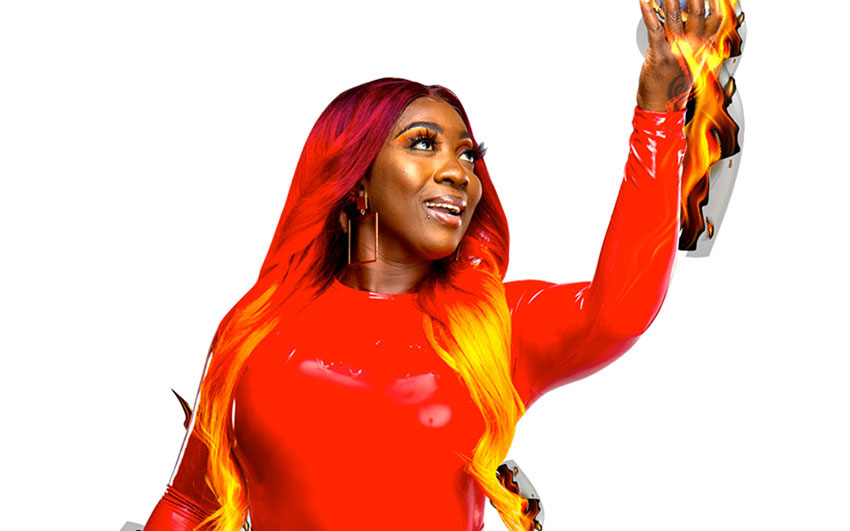 Dancehall artiste Spice has signed on as the face of the new Supreme Ventures game, Hot Pick.

Spice, whose given name is Grace Hamilton, was selected to represent the exciting new game which gives gamers better odds of winning. Players will choose from only 1 to 15 numbers with a minimum wager of $10 for a chance to win a random prize of $100, $110 OR $130. The game has six draws per day and will be available every day except Christmas Day and Good Friday, like all other SVL games.

“We signed Spice as the face of Hot Pick because we saw direct connections between the game and her fiery personality. She is an excellent entertainer and as one of the premier entertainment companies in the region, we saw where both our brands could benefit from this business relationship,” he said.

Spice whose star power is undeniable, says she’s super excited to jump on the winning team with Supreme Ventures.

“This is a new experience for me and I am excited about all the great things we have planned. I’m an artiste and you know music is at the core of everything I do, so one of the main things is a deejay competition on my social media pages and I can’t wait to get started,” she said.

Spice has been signed to execute several initiatives around the much anticipated new game, including the beforementioned deejay competition on social media. Aspiring deejays can prove their skills and win US$1000 for the winning 45-second video about Hot Pick.  Spice says she is looking forward to bringing this entertaining competition to both her fans and Supreme gamers.

“My fans are always ready to show their deejaying skills and I know they’ll run in on this one too. Hot Pick is a good concept and I’m excited to see what it brings to the table, but I think we have a winner on our hands,” she said.

In addition to the deejay competition, Spice will feature heavily on all brand collateral such as posters, and television commercials. Her likeness will also be used for a ‘Pose and Post’ competition where persons will post with a life-sized cutout of the artiste and asked to post the image on their social media platform to win prizes.

“Spice’s persona is larger than life and we have several aspects where she will be integrated into the Hot Pick roll out in the coming months, so look out for it,” Mr Johnston added.

Spice is known for her years of dancehall dominance with recent hits like “Rolling” and “Cool It”, her ambassadorship of local beverage products and her stint on the US-based reality show Love & Hip Hop: Atlanta.