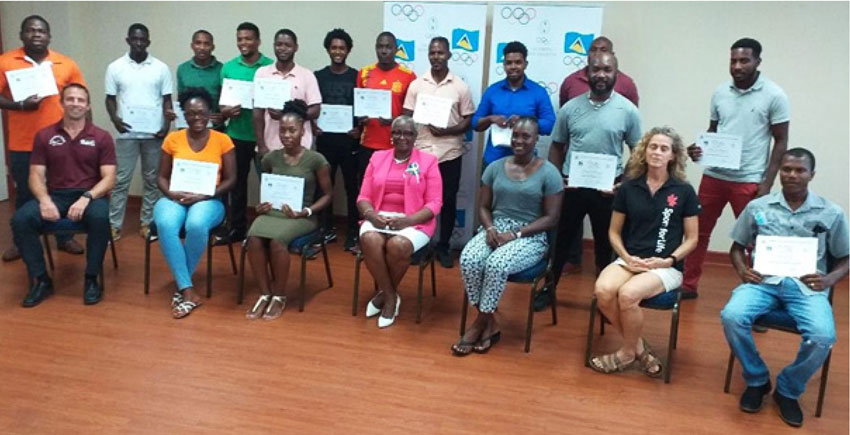 THE Saint Lucia Olympic Committee (SLOC) Incorporated has recognized 24 additional participants of the Caribbean Coaching Certification Program (CCCP). The participants in this group represented nearly one-third of the primary school institutions across the nation.

This remote course held in July was the third block of CCCP courses that the Saint Lucia Olympic Committee Incorporated has hosted since it revamped its Coaching Development Programme in November 2019. With the completion of this course, the number of certified coaches under this programme has reached 100, in total.

The course content introduced the fundamentals of coaching including: Understanding their roles as coaches and leaders; Developing sports skills in athletes of various ages; How to develop fitness in athletes; Nutrition and safety; Anti-doping and sport; Working with athletes with disabilities and Event management.

The Saint Lucia Olympic Committee Inc and its members have recognised the critical impact that leaders at the primary school level play in the early development of our nation’s youth in sports and continue to strive to raise the standard of training and education of these leaders.

Details for future CCCP courses for aspiring, young coaches will be released soon. Clubs and local sports organisations are encouraged to reach out to their respective member federations if they would like to nominate an active coach for a future course.