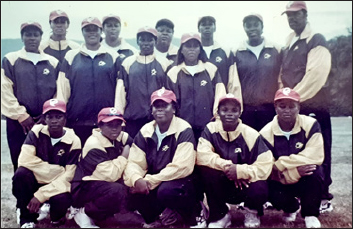 The Saint Lucia National Cricket Association (SLNCA) is saddened to learn of the passing of former national female cricketer, Ms. Antonia Narciss nee Vité, on Wednesday 26th August 2020 in Puerto Rico where she had travelled for medical treatment.

Antonia is survived by her two sisters, Ms Hermina Vité and Ms Lorena Vité both of whom are former national female cricketers, the latter having also represented West Indies.

Antonia was a talented wicketkeeper/ batswoman, opening the batting for Saint Lucia during the period of 1997 to 2003 as confirmed by a source.

From the onset of their playing days in 1995, she captained the Bouton Light Stars Cricket Team (BLSCT). She was instrumental in securing their first win over Toughest Wrecking Crew along with her sister Lorena, both scoring centuries.

The SLNCA extends sincere condolences to the bereaved family at this difficult time of loss and sadness.

We pray fervently that she rests in perfect peace.