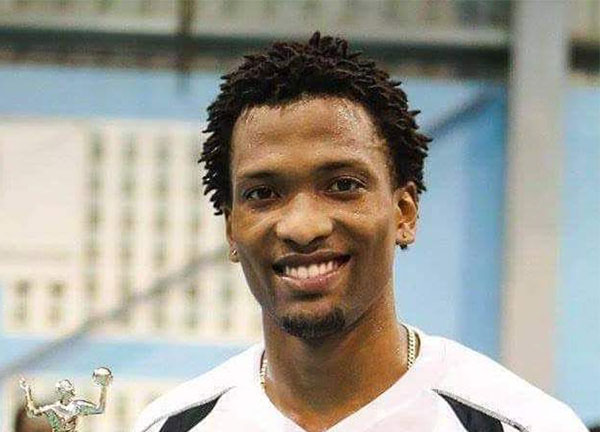 The Greek adventure continues for one of Soufriere’s most outstanding athletes, as Tevin Ferrel St. Jean has been signed by Filippos Veria for the 2020-2021 season. Last having played with Elpida Ampelokipi in the Greek league, the soon-to-be 25-year-old Saint Lucia international has also previously been a member of Iraklis Chalkidas, Panachaiki, and AE Komotini.

According to a release from his new club, for whom he is their historic first-ever overseas signing in the club’s 57 years of operation. The governing committee of A.P.S. Filippos Veroias is pleased to announce the start of the collaboration with Tevin. [He] will be the first foreign athlete in the history of Filippos Veria, as he joined the team in view of the new 2020-2021 season of the Volley League.

Tevin Curtly Ferrel Marcus Jr St. Jean, as is the full name of the former athlete of Elpida Ampelokipi, was born on September 29th 1995 in the enchanting Santa Lucia of the exotic Caribbean and has a height of 2.00 metres. The newly acquired blocker has important experiences and performances from the Greek championship, which will help our team in its difficult mission this year to excel in the halls of Greek volleyball.

For the upcoming season, Filippos Veria will be led by head coach Socrates Tzioumakas, going into his second year in charge. The club is well known for its exploits in handball, but earlier this year, they emerged as A2 Greek Volley League champions. Now promoted to the A1 league, the technical team harbours ambitions of improving the volleyball team with the addition of players like their new Saint Lucian standout.

Tevin made his Greek debut in 2016 with Iraklis Chalkidas. He has represented Saint Lucia in volleyball and beach volleyball.