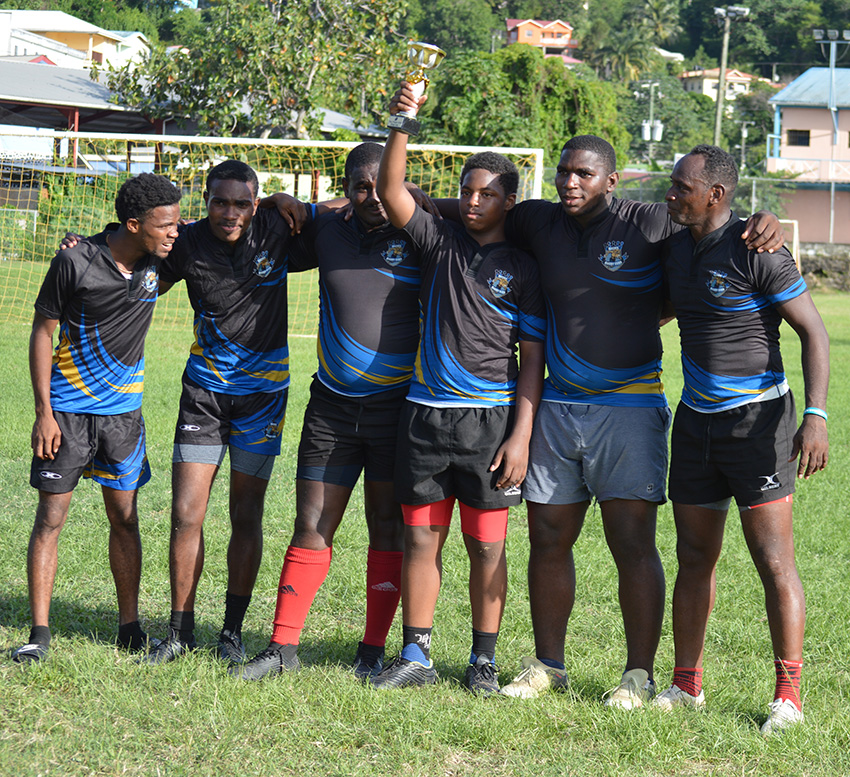 The Saint Lucia Rugby Football Union (SLRFU) held their second Tournament of the season post the Covid-19 shutdowns. A tag tournament was hosted by the Rogues Rugby Club, dubbed “The Kings of Tag”. The event took at the La Clery playing field on Sunday 2nd August 2020.

In the preliminary round: Rogues 1 defeated Reela Rugby 4-3; Whiptail Warriors 4 Rogues 2 (6); Rona 5 versus Rollers (and all female team) 4; Rogues Females had the better of the Boys Training Centre 6-0; Rogues 1 defeated Rona 3-1; Rogues 2 breeze past the Boys Training Centre 7-2; Reela made light work of Rollers beating them 6-3 and Whiptail Warriors pulled one back when they defeated Rogues Females 7-0.

In quarterfinal action: In game 1 between Reela and Whiptail Warriors, the latter won 4-3; Game 2, it was a similar margin of victory (4-3) for Rouges 1 over Rogues Female team.

For the third pace silverware between the Whiptail Warriors and Rogues 1 was high scoring encounter. The two teams did not waste their scoring opportunities that forced overtime where a tied score of 7-7 was still not broken after a well-played matchup.

The decision for the winner was left to a captains coin toss where Rogues 1 were victorious and were awarded with 3rd place.

In the finals Rogues 2 defeated Rona 10-6 to emerged inaugural “The Kings of Tag” in a high scoring matchup.

More in the weekend VOICE edition