By Humphrey A Regis 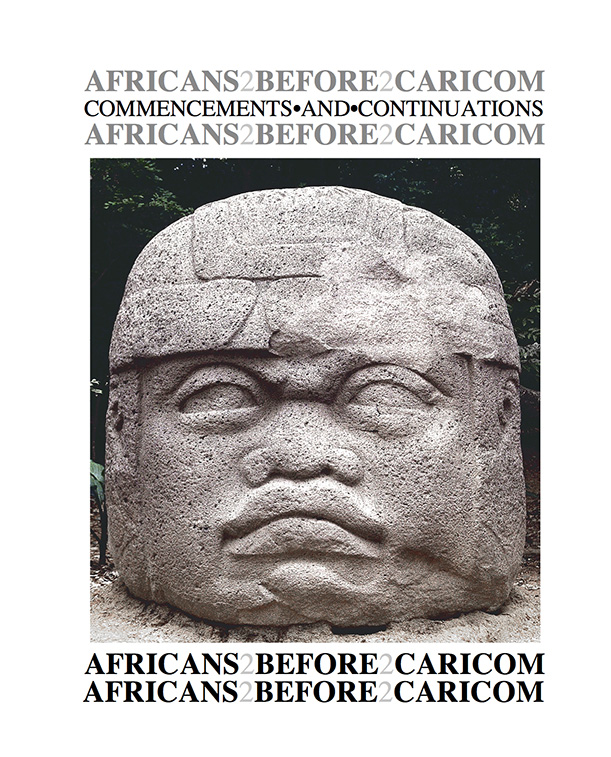 Attainment of “Higher” Levels of “Education”

It seems quite reasonable to propose that one key to the reduction of the CARMWAC, MASSAHIANISM and PSYCHOLOGICAL DISARMING would be to provide the PADs in our island and region with higher levels of education. It especially seems reasonable to argue that these higher levels equip the PADs to critically examine their selves or islands or region or world and to conceive of ways to improve their lives. Here, our experience in the 1970s, in one domain of culture and in one island, is instructive.

Early in that decade, one of the most popular musicians of the region also was one of the most popular musicians among People of the African Continent as well as among People of African Descent in such lands as Brazil. He was an icon in his home island, the Northern Caribbean, the Eastern Caribbean, and even the western Caribbean. He was popular in Brazil, where he often has drawn more than 50,000 to his concerts. He was extremely popular all over Africa, and was able to claim that in Nigeria, one of his songs was like a second national anthem. Indeed, reports even say that there, his recordings may have outsold those of its own music giant, Fela Anikulapo Kuti.

But when English-speaking Caricommoners learned that People of the European Continent (especially those in western Europe) and People of European Descent (especially those in North America) had validated the work of another Caribbean musician with a European father, they expressed a preference for the work of the second musician; and, proclaimed that the work especially was representative or authentic; and, elevated the musician from musician to messiah. And, they turned against the person and work of the first musician, in spite of the continuing good quality of that work and appeal of the work and person in Africa and in Afro Brazil. Leading the elevation of the person and works of the musician whom People of the European Continent and People of European Descent had validated, and especially, the denigration of the person and works of the musician whom Caricommoners had praised earlier, were many who had “attained” higher levels of formal “education” – and who called themselves “intellectuals” and “progressives” and “revolutionaries.”

(Yes, they will deny that. But when they praise One Love, they do not emphasize the fact that even a 15-year-old student of “comprehension” will conclude that the lyrics of the song reveal that it is not about “love” but about the imposition of a new “order” by the winner in an “Armageddon.” Instead, they justify the praise in part by saying that the British Broadcasting Corporation calls One Love the Song of the Millennium. In the words of an observer of our island and region, this is evidence of the tendency of the people of our island and our region to display an “undue reliance” on “arbiters [from our dominators] regarding the value and representation of [our] creativity.” That “undue reliance,” which the elevation of the person and work of one musician, and the denigration of the person and work of another musician, illustrate, we find especially among the “intellectuals” and “progressives” and “revolutionaries.”)

In a conference that the Press Association of Jamaica convened in Kingston, Jamaica in 1989, one of the presenters was John Henrik Clark, one of the “deans” of the study of members of the World African Community. One of the pointed remarks that Clark delivered was that by the time Karl Marx and Friedrich Engels were born, the ideas at the core of Marxism were “old hat” among People of the African Continent. Many reports have focused on ideas in the persons and policies and programs and visions of the leadership in Grenada from 1979 to 1983. From the writers of our island and our region, there have been several of these reports, a substantial number of which imply or declare that these ideas are related to the thinking of Marx and Engels.

At about the same time, reports from around the world spoke of the interpretation and implementation of ideas from the millennia-old history and heritage and culture of People of the African Continent by Tanzania under Mwalimu Julius Nyerere. But from the writers of our island and region, it is difficult to find reports that imply or conclude or declare that ideas in the persons and policies and programs and visions of the leadership in Grenada from 1979 to 1983 are related to those of Nyerere and Tanzania, or those developed by People of the African Continent over millennia. In fact, in an interview with the writer of this article a few days after the assumption of power by the new holders of power in Grenada in 1979, one of these new holders of power declined an invitation to discuss the issue of the new administration drawing from the lessons of Nyerere and Tanzania in the interpretation and implementation in Grenada of the thousands-of-years-old ideas of People of the African Continent.

So, the writers of the reports tended to connect the ideas that guided Grenadians to a center in Europe and to an aspiring colonial dominator, not to their millennia-old history and heritage and culture as interpreted by their cousins. These were writers whom people of the region would say had “attained” higher levels of “education,” so whom they would call “intellectuals” and “progressives” and “revolutionaries.”

The conclusion is clear, and is worth emphasizing: in our individual islands and our region, our “attainment” of an advanced “education” may not lead to our orientation toward our own history and heritage and culture. But it may lead to our orientation toward the history and heritage and culture of the colonial dominator, neo-colonial dominator, or reasonable facsimiles of them, or some society or agent that inspires or informs or supports or directs or provides the education.

“Education,” and “Easing” of “Terrible Feeling”

The cases of Christianity, of Marxism, and of Tanzania appear to be instructive. They indicate that People of the African Continent and People of African Descent, such as those in our island and our region, indeed have millennia-old histories and heritages and cultures from which they could develop such points of reference as knowledge and understanding and insights and skills and values that they could apply as they eliminate their problems and develop their new centers or anchors.  They could use the points of reference as they reduce or eliminate the three scourges of CARMWAC, MASSAHIANISM and PSYCHOLOGICAL DISARMING. They also could use the points of reference as they develop systems of education that have their centers or anchors not in borrowing from the engineers of these scourges but in their understanding of the long story of their “becoming” that spawns their grand visions of their destinies. (Hilliard says that this reinterpretation of long history and heritage and culture was one major key to the rises of such nations as Israel and Japan in recent decades.)

The project Introduction to the History of the World African Community in Form 3 at Vieux Fort Comprehensive Secondary School about 25 years ago was the first one to engage in this elimination and new centering and new anchoring – in our schools, our island, and our region. It was the work of an alumnus of the School who played the roles of concept developer and program organizer and resource provider, and a team of trained and capable and experienced and grounded and dedicated teachers of history who sought to cultivate their students into assimilators and practitioners and beneficiaries of the elimination and new centering and new anchoring.

On this team of teachers, one of the most engaging and untiring members was the late S. Wayne Louis. Indeed, in the Dedications section in the beginning of Africans Before CARICOM, the writer of this article wrote this about Louis:

“One person who addressed these matters directly was the late Stephen Wayne Louis. He studied the story of members of the World African Community over thousands of years. That is the long story from the beginning of human beings on earth to the coming of members of the Community to the Caribbean and other parts of the Americas. What he found and shared with us was not a story that developed or worsened this terrible feeling. It was instead a story that clarified the record, promoted understanding, taught many lessons, and yes, eased that feeling.”

Louis was poised, as a teacher at Vieux Fort Comprehensive Secondary School, as a future trainer of teachers in Saint Lucia, as a future Chief Education Officer, and as our future Minister of Education, to spearhead the inner-directed and fundamental rethinking of education in Saint Lucia, and to spark such rethinking in the Eastern Caribbean, the Greater Caribbean, and the World African Community. So, the early passing of Louis more than two decades ago indeed represents one of the greatest losses to education in our island, our sub-region, our region, and our Community.

Final Word to “Alumni” of the “Introduction”

Did you receive the Introduction to the History of the World African Community in Form 3 in a project at Vieux Fort Comprehensive Secondary School in May of 1995? Or, did you receive it at another secondary school between 1995 and 2000? Or, did you receive it in the “Enrichment” and “Learning” programme for our adults? Or, did you receive it in a conversation that lasted 2.5 hours and was in Blanchard? As you can see, one objective of the project was to reduce or eliminate the scourges which have plagued our psyches in our island, region, and Community: CARMWAC, MASSAHIANISM and PSYCHOLOGICAL DISARMING. As you also can see, one other objective of the project was to help our understanding of our millennia-old history and heritage and culture as a contribution to the development within us of “inner” “anchors” or “centers” or “points of reference” for our envisioning of our destinies.

The essential point here may be obvious, but seems worthy of restatement: our study and understanding of our millennia-old history and heritage and culture, and for example our celebration of our MAAT and the “principles” or “interpretations” we derive from it, may be valuable in the “evolution” of our “centers” or “anchors” or “points of reference” from devaluation and inferiority and disarming to revaluation and affirmation and agency.

It is likely that the spirit of S. Wayne Louis joins the writer in hoping that since the project, you have made progress in the elimination of the scourges, understanding of the history and heritage and culture, and development of our anchors or centers or points of reference for our visions of our destinies. So, to you, the “alumni” of the project, and to our fellow VFCSSers, “adults,” Saint Lucians and Caricommoners you helped it touch: It’s 25 years! Inhale! Smile! It’s Our PSYCHEMANCIPATION Day!