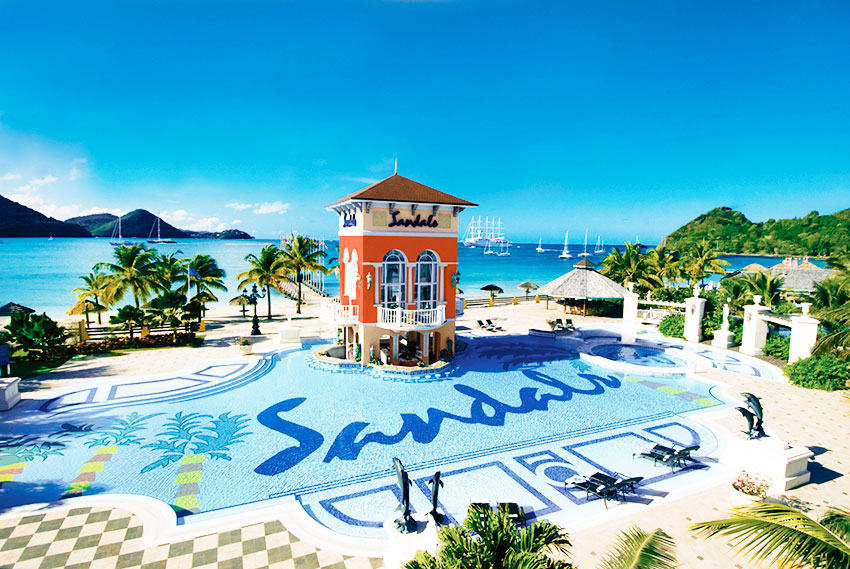 As the island slowly begins to reopen its borders to international travel, some hospitality workers have been expressing relief about once more being able to return to work.

In March, over 13,500 hospitality workers found themselves at home after the island’s tourism sector was brought to a grinding halt by the devastating impact COVID had on the world’s travel industry. The economic fallout is already bad and has the potential to be calamitous in several islands where, like here, tourism is the main pillar of the economy.

However, following efforts between the Ministries of Tourism and Health, as well as tourism stakeholders, stringent protocols have been put in place to allow the hospitality sector to begin reopening.

Of the workers who have thus far been summoned back to the call of duty, many just can’t hold back their relief.

Jamin Emmanuel and Hyginia Mathurin from Sandals Grande Saint Lucian Resort and Spa, for example, noted that no one could have believed it when the hotel had to close.

While Sandals did provide some economic relief (such as a percentage of their salary), care packages and maintaining medical and pension plans, it was still a very worrying time in terms of financial security.

Jamin, who has been a pastry chef with Sandals Grande for the past six years, found herself at home with her five children.

She explained, “We did a lot of cooking, baking, craft activities. We built clocks. We did painting. I built a marble run with cardboard with my son. We got help from YouTube and used the cardboard toilet paper holders. It was a great time to recycle and reuse.

“However, as the shutdown lingered there was a point where I got really worried’.

Jamin said she was therefore thankful that Sandals management was always in touch with her and was always providing hope and reassurances, so when she was told that the hotel would be reopening, she was ecstatic.

She said further: “Sandals worked closely with the NIC to ensure that we were taken care of. The company did not have to do what they did. I am always thankful for Sandals”.

Hyginia Mathurin, a Food and Beverage Honeymoon specialist with Sandals Grande for the past 16 years, was another person impacted by the surreal events of the past few months.

“I was scared. I have never been out of a job and then all of a sudden for the hotel to close… We were not too sure of anything.

“It was scary. Not knowing if you were going to get paid that was very worrying.

“So, when Sandals announced we would get 40 percent of our salaries it was a relief. And after that they helped us register for and provided guidance to ensure we were able to access the NIC grant. Even so, it was natural to worry about the future.”

Hyginia said the team members supported each other over the past three months by staying in touch via a Sandals group chat. This helped, as she was able to get information about where the company stood.

“I was being told everything in the chat. It helped me to stop worrying. I have my mother. She will be 86 this month. I take care of her. I was able to relax a bit. The care packs – that was also a very good thing …it helped a lot”.

With seemingly no end in sight, Hyginia said hope resurfaced when she was called in for training in the stringent Sandals Platinum Protocols of Cleanliness, as well as training from the Ministry of Health and Wellness and the Pan American Health Organisation (PAHO) regarding the use of PPE and the new standards for operating.

“I have been waiting for the hotel to start somewhere and I am still part of it. I am confident we will be okay and excited to get back to work.

“This is important not just for us personally but for all of Saint Lucia. Tourism plays an important part in our economy and we need everyone’s support to ensure that we can eventually get all our hospitality employees back out to work.”