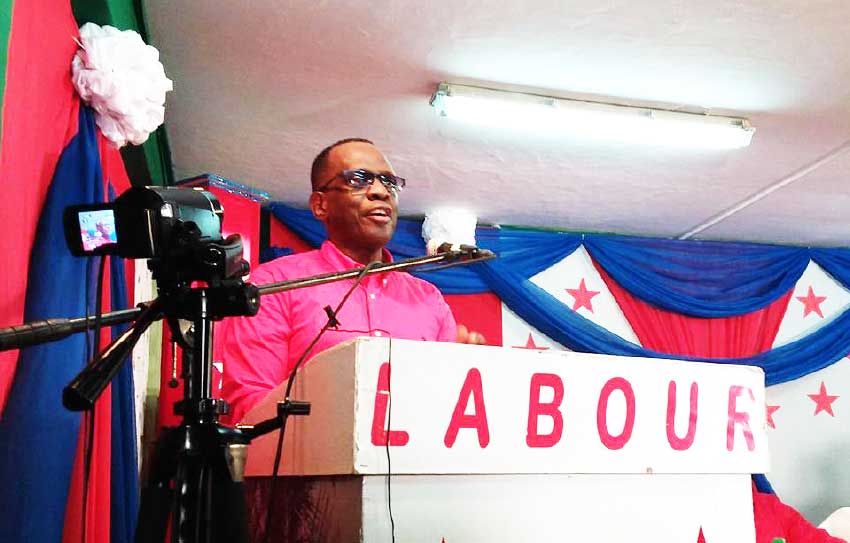 The executive of the Saint Lucia Labour Party (SLP) hopes that by meeting Wednesday with disgruntled supporters of Dr Alphonsus St Rose, that whatever damage their disgruntlement may have caused to the party’s image in that constituency would by now be repaired.

Dr St Rose was one of two candidates vying for the party’s selection to contest the Choiseul seat in parliament. He lost the nod, a decision that provoked his supporters into bitterness to the point where Dr St Rose urged them to let the party know of their unhappiness with the decision.

Telling the small grouping of supporters that they are the ones that run things and that the party was just an agent that represents them in parliament, St Rose attempted to stir up a movement that would force the party to change its decision in his favour.

The party, in an effort to nip any confusion amongst its supporters in the constituency, issued a statement asserting that it is a political party which adheres steadfastly to its principles, policies and actions, and is strictly guided by them.

“In selecting its candidates for general elections, the Saint Lucia Labour Party has in place a process that has been approved by its membership and which it follows to the letter because the Party is a disciplined organisation. All those aspiring to be the party’s candidates for general elections are made fully aware of that process, its conditions and regulations and are expected to abide by its outcome.

“It is with regret, therefore, that the Saint Lucia Labour Party has observed that, one of the persons who was vying for selection to represent the Party in the constituency of Choiseul at the forthcoming general elections, has in conjunction with others, publicly vented his disappointment with his non-selection. While the Party understands the disappointment of defeat and is sympathetic toward those not satisfied by the outcome, the Party will not however countenance or tolerate behaviour by any member that may damage the image of the Party.

“The leadership of the Party is meeting with its membership in Choiseul to bring closure to this matter. It is important that we all do not lose sight of what is of paramount interest to the people of Saint Lucia at this time; and that is the removal of the inept and vindictive Allen Chastanet UWP Government from the backs of the Saint Lucian people. It is imperative that we all unite to accomplish what is now our duty to ourselves and our children.

“The SLP wishes to stress that no individual is bigger than the Party and the Party is not bigger than the country. That is why the SLP in government will always act in the interest of the people and will be responsible in its governance,” noted the SLP statement.