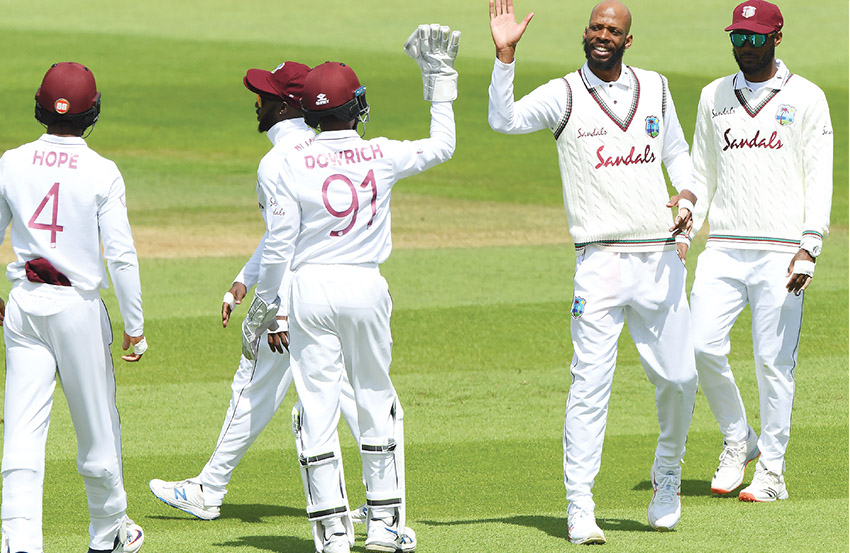 Sandals Resorts International (SRI), the Principal Partner of Cricket West Indies (CWI), offers its heartiest congratulations to the West Indies senior team on its historic victory in the first #raiseyourbat Test match against England at the Ageas Bowl in Southampton.

SRI wants to join the entire Caribbean in applauding the efforts of Captain Jason Holder and his squad, and to recognize the outstanding performance of not only Mr Holder, who captured 6 wickets for 42 runs in the first innings, but also Man of the Match Shannon Gabriel who finished with match figures of 9 wickets for 137 runs, Jermain Blackwood for his match winning knock of 95, and well as Kraigg Brathwaite and Shane Dowrich for their first innings half centuries that laid the foundation for the win.

The win gives West Indies a 1-0 lead in the three match series, and while we know much work lies ahead, it is the perfect start in defending the Wisden Trophy, which the West Indies won when England toured the Caribbean in 2019.

“This incredible win could not have come at a more appropriate time, and is a ray of sunshine at a time when the islands of the Caribbean have so much to deal with. We have been supporting West Indies cricket as far back as 1994, and we have enjoyed great success. We are extremely proud to have renewed that bond once more as the Principal Partner of the CWI, and we could not be more proud of our captain Jason Holder, Coach Phil Simmons and all of the talented players who are representing the region.

The teamwork and fighting spirit they have displayed is par excellence, and we wish them all the best as they seek to repeat their success in the second Test Match. We also wish to commend the team and staff for their courage, alongside their English counterparts, for paving the way for the resumption of international cricket.”

The game, which was held in a bio-secure environment at Southampton’s Ageas Bowl, was the first international match to have taken place in several months, after the ICC’s schedule had to be put on hold in light of the COVID pandemic. As a result renowned commentator and West Indies great Michael Holding noted that because the eyes of the world were on this match, it may very well have been the most watched Test match in recent history.

The second test begins on Thursday July 16th in Manchester.