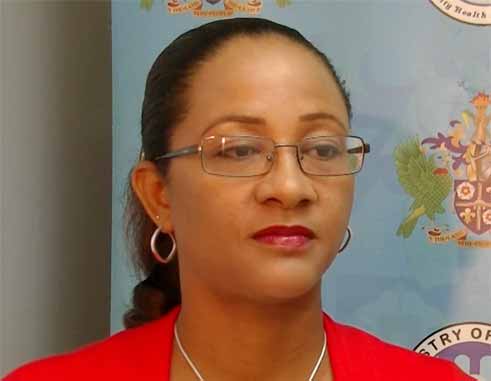 Government’s decision to extend the 23 March 2020 State of Emergency (SOE) all the way to 30 September 2020 is still being debated and challenged despite reasons given by both Prime Minister Allen Chastanet and Chief Medical Officer Dr Sharon Belmar-George this week that the SOE is still a necessity.

Both Chastanet and George defended the SOE extension this week, however, not all Saint Lucians are in favour of the extension with some claiming that the COVID-19 pandemic did not cause a situation in the country that necessitated the extension.

Others, however, are claiming that the SOE is still needed and has nothing to do with politics, but is rather a simple measure used to protect Saint Lucians against an ever spiraling pandemic, even more so now that Saint Lucia has entered phase five of its recovery programme by opening its borders to regional and international travel.

Prime Minister Chastanet believes that the full reopening of the country comes with added risks to citizens therefore the SOE, at this juncture, is an absolute requirement.

He noted that all his government had done during the SOE had to do with COVID-19, and said his government had not acted irresponsibly, rather, all government’s actions were guided by the Chief Medical Officer operating out of a Command Center for COVID-19.

Chief Medical Officer Dr Belmar-George explained that the SOE allowed, within a very short period of time, for measures to be put in place to be able to manage COVID-19 and that the SOE had not restricted the economy from opening up albeit with the necessary protocols attached to reduce transmission.

“As we move into phase five with the opening of (our) borders and the tourism sector, it is imperative that the capacity to implement effective measures in a timely manner remains available,” Dr Belmar-George said, adding that her team anticipates new cases and are planning for this eventuality and its effective management.

Another reason given by both Dr George and Prime Minister Chastanet for the continued existence of the SOE had to do with the 113 Cuban doctors and nurses working here.

They claimed that the SOE made the full registration of those health practitioners possible in a very short space of time, a procedure that would have taken months if it had to go through the normal process with the Medical and Dental Council.

“To be able to practice medicine in Saint Lucia, you would have to be registered by the Medical and Dental Council. They are the authority to ensure that specialists coming in are thoroughly processed, and this may take some time. When we realized that we needed the Cuban doctors to provide support for our respiratory hospital, quarantine sites and clinics, we realized that we needed to get them registered in a very short period of time. The Health Practitioners Act which governs the role of Medical and Dental Council, under Section 39, gives you leeway where you can, as the CMO, through the Governor-General make the necessary recommendations. If we were to go through the normal process of registering the Cuban medical team, it would have taken months and we did not have months to wait,” Dr Belmar George said.

Section 39 of the Health Practitioners Act notes that “Notwithstanding any provisions of this Act, where at any time in the opinion of the Governor-General, a state of emergency renders it necessary, the Governor-General acting on the advice of the Chief Medical Officer may authorize a person to practice as a General Practitioner, Specialist Practitioner or Temporary Practitioner and to issue a practicing certificate to a person who shows to the satisfaction of the Governor-General that the person is of good character and holds a qualification from any university or other institution in any country which is authorized by the law of such a country to grant such qualification, and that such qualification furnishes a sufficient guarantee of the possession of the requisite knowledge and skill for the efficient practice of medicine or dentistry, and he or she otherwise fulfills the conditions prescribed by this Act or the Regulations.”

Critics of the SOE point to Section 37, sub-section (1) (b) of the same Health Practitioners Act CMO George quoted from, noting that the particular section makes it possible to register the Cubans doctors and nurses just as quickly and without the need of a SOE.

Dr Belmar-George quoted Section 39 of the Act that speaks of the Governor-General making it necessary, due to a state of emergency in the country, to register health practitioners. Some of the questions that can be asked in this light: Where is that proclamation? Has that declaration been gazetted? And if such a proclamation exists, who are the persons, meaning health practitioners, registered?

This raises yet another question: Does Section 39 of the Act mean a state of emergency as is currently being experienced in the country, where all members of the Board of the Medical and Dental Council could meet fairly to register the Cuban doctors and nurses, as is its duty to do? Or does Section 39 mean a state of emergency like what transpired in 2010 with Tropical Storm Tomas, which cut the north and south of the island from each other thereby making it impossible for the Board of the Medical and Dental Council to meet if members were spread between the northern and southern parts of the island?