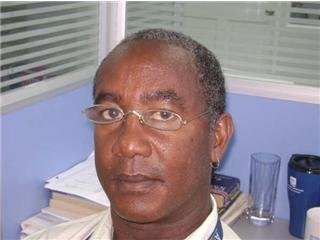 It is quite noticeable that there is a tug of war going on in some countries as it relates to justice. There are those who may consider what is going on out there as no concern to us. Some believe that our laws are different and such action should not be taken because this is small a country and we should leave things as they are.

For the families that have lost love ones, whether at the hands of the police or common criminals, the system has not been working in their best interest when it comes to justice. Criminality continues at all levels, killings have become more rampant, more people’s rights are being violated and trumped-upon and for some people, trying to obtain justice for unjust causes has become a nightmare.

The law is supposed to protect all its citizens, regardless of colour, social status or wealth. Yet, so many crimes go unanswered, unresolved and end-up with no conviction. The police are supposed to investigate and present the relevant information to apprehend, detain and ensure that the suspected criminal is brought before a court of law and sentence administered.

The judicial administrators should preside and make judgement and fine and condemn where necessary. But it does not work as smooth as that, as a lot depends on who your legal consul is, if you can pay to get legal assistance, your social status, your contacts (or ‘backa’ in other words…). Some can commit an act of lawlessness or criminal offence and just pay their way out of trouble. They get special favours and consideration and for those disadvantaged by financial constraints and lack social status, the wheels of justice turn slowly — and in most cases, they never get rewarded with justice or the satisfaction of being treated as an equal as it relates to being a citizen.

These are the injustices and actions that should not be condoned. Too many families, especially the poor, have unresolved cases. There are too many inconclusive investigations, there’s too much “lack of evidence” and just too many cases that are either thrown out of the system or left to go cold. So, before we decide not to react or feel that the same exploitation and discrimination and miscarriage of justice does not happen here, just think again.

There are many things to revolt against that are presently hampering our growth and development. There’s legislation and administrative blunders that we have to rebel against.

We voted for change, but all we have gotten so far are promises and we do get deceived along the way. We are constantly being short-changed and too often there is no means of making the wrong right.

Nobody wants to see this country destroyed, especially through looting or burning. Nobody wants to go back to a Plywood City period, but there must be a way to bring to the attention of the lawmakers and the government that given the levels of progress we seek and the prosperity we long for, the present methods and strategic planning will not cut it.

Education has to become more relevant and we must protest until we see change. Abuse against women and children and condoning this ‘wanjma’ (out-of-court settlement) culture should not continue, so we have to protest and let our voices be heard. Continual imports of agricultural and food produce from external sources while stifling our local products — that also we have to protest against. We must also protest the lack or progressive growth and being undermined in our own country in favour to foreigners and selling of our lands for next to nothing.

So, in essence, if we do not fight or protest against injustices and the things that affect our livelihood, most people will just assume that everything is alright, and we like it so.  But do we?