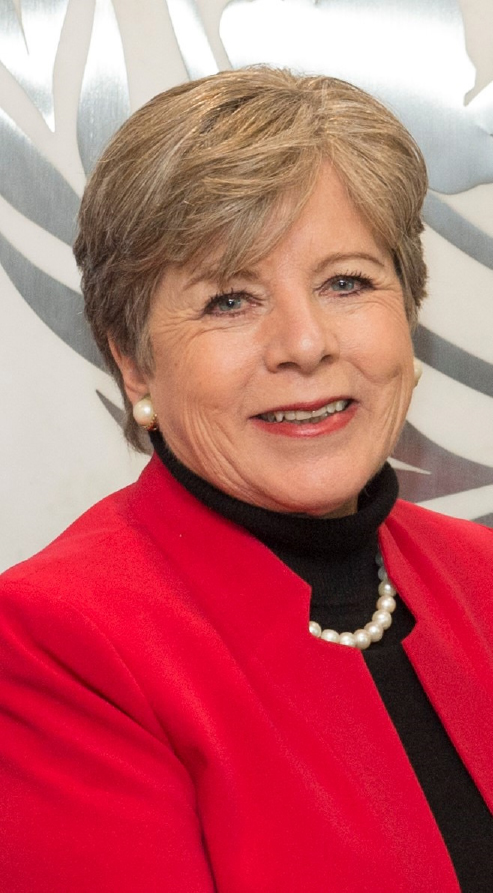 The Executive Secretary of the Economic Commission for Latin America and the Caribbean (ECLAC), Alicia Bárcena, urged the region’s countries to implement urgent cooperation beyond the pandemic and foster greater productive, trade and social integration, during a virtual conference held this week under the organization of the Community of Latin American and Caribbean States (CELAC) and the regional office of the Food and Agriculture Organization of the United Nations (FAO) for Latin America and the Caribbean.

Other participants in the webinar entitled Multilateral Action to Prevent the Health Crisis from Becoming a Food Crisis included Marcelo Ebrard, Secretary of Foreign Affairs of Mexico, in its capacity as President Pro Tempore of CELAC; Joseph Cox, Assistant Secretary-General of the Caribbean Community (CARICOM); Vinicio Cerezo, Secretary-General of the Central American Integration System (SICA); and Julio Berdegué, FAO’s Regional Representative for Latin America and the Caribbean. Serving as moderator was Camila Zepeda, Director General for Global Issues at the Secretariat for Multilateral Affairs and Human Rights of the Ministry of Foreign Affairs of Mexico.

During her presentation, Alicia Bárcena emphasized that the region is at risk of experiencing a true food crisis. She specified that more than 96 million people will be living in extreme poverty – 11.8 percent of all people living in cities and 29 percent of the residents in rural areas.

“This is a huge warning; the income of households is declining along with their access to the food basket. It is not that there is a shortage of food, it is that people do not have the resources to be able to acquire it. This comes on top of the low nutritional quality that people are experiencing, above all the poorest families,” she warned.

She added that in the region, we are in a lost decade in social and economic terms.

“This downturn will lead us to the worst crisis in a century: GDP will fall -9.1 percent, poverty will affect 37.3 percent of the population, and unemployment will reach 13.5 percent. In Central America and Mexico, the drop in GDP will be 8.4 percent with a big impact from the recession and unemployment in the United States. South America, meanwhile, will be the subregion most affected by the fall in international prices (-9.4 percent) due to its specialization in the production and exportation of commodities,” she said.

With regard to Caribbean countries, she indicated that while they have managed the pandemic crisis better in relative terms, they are experiencing a great plunge in tourism and have high external debt (68.5 percent of GDP). The GDP of the Caribbean will fall by -5.4 percent, she added.

ECLAC’s most senior representative added that governments have taken important measures, but they are not enough to account for the magnitude of the gap.

She explained that to confront the crisis, ECLAC proposes implementing an emergency basic income equivalent to one poverty line ($147 dollars) for six months, at a cost of 1.9 percent of GDP, along with an anti-hunger grant equivalent to 70 percent of one extreme poverty line ($57 dollars), which would cost 0.45 percent of GDP. The Commission also recommends longer repayment periods and grace periods for credits to Micro, Small and Medium-sized Enterprises (MSMEs) and partial co-financing of the payroll; conditional support for at-risk big companies in strategic sectors; expansive and progressive fiscal and monetary policies; and cooperation for financing under favourable conditions.

It also proposes a political compact for a welfare State and universal, progressive and distributive social policies aimed at dismantling the culture of privilege.

Alicia Bárcena noted that to prevent the health crisis from becoming a food crisis, ECLAC proposes (in addition to complementing the emergency basic income with the provision of an anti-hunger grant) the granting of subsidies, debt restructuring and/or liquidity provision for agricultural and food-related SMEs and for family businesses, to guarantee the production and distribution chain.

Furthermore, she called for deepening regional integration through greater resilience in production networks, diversifying suppliers in terms of countries and companies, favouring locations that are closer to final consumption markets, and relocating strategic production-related and technological processes.

The senior United Nations official warned about the fragility of multilateralism and its exacerbation with the unilateral restrictions placed on the exportation of medical supplies in more than 60 countries. She also explained that in the post-pandemic period, globalization will not be rolled back, but there will be a more regionalized global economy organized around 3 poles: Europe, North America and Asia Pacific.

Finally, ECLAC’s Executive Secretary highlighted the importance of CELAC for expressing the region’s needs and urgencies, with a single voice, on the international stage, primarily in areas such as the search for financial support for middle-income countries under flexible conditions and guaranteeing the unfettered movement of food, medicine and goods.