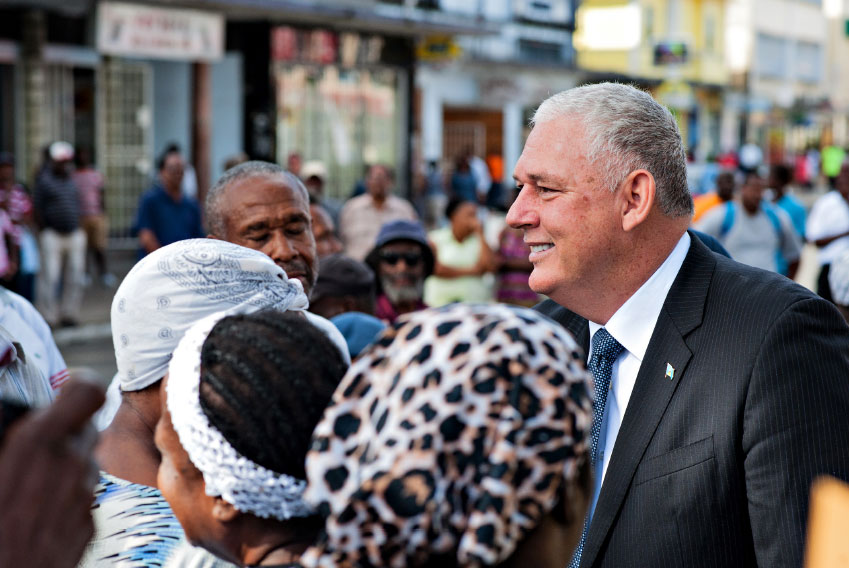 Covid-19 as unfortunate as it is has provided the test of the times and the opportunity for our government, any government, to show mettle by way of planning, strategizing and the overall management of the pandemic.

The opposition cannot be left out as they are provided with the avenue for responsible action and magnanimity in a cooperative spirit. For us, Covid-19 was a looming national crisis even if now more in terms of its economic and financial fallout.

Operating in unchartered waters Prime Minister Allen Chastanet and his cabinet were still able to grasp that opportunity to show leadership and organizational competence in conjunction with lead technocrat the Chief Medical Officer and her Ministry of Health and the myriad of other support ministries, sectors and agencies to include the Saint Lucia Chamber of Commerce. There is no one correct formula and so an extremely difficult and dicey exercise it has and continues to be. However, that the Government of Saint Lucia responded with alacrity and correctness is borne out by the to-date apparent levels of success, even as Covid-19 is not fully over and monitoring and continuing appropriate measures must be enforced. Hardly showing fatigue, the noticeable and undeniable focus and tireless and selfless efforts of the prime minister as evidenced over the past three months will now be brought into stark contrast.

So, let us reference the opposition – the opening paragraph literally defines their mandate. An initial and remarkable blunder was Mr Philip Pierre’s blatant pronouncement that Saint Lucia was the worst prepared of the Caribbean Islands. Interestingly that was said when his party’s representative who had attended one of the earlier update meetings had publicly expressed his pleasant surprise on the wealth of information provided and was impressed at the high levels of our preparedness. Was Mr Pierre not so briefed by his party’s representative? If not, why and if so what would have prompted him to falsely tarnish Saint Lucia’s name by lashing out in that irresponsible and deceptive manner? Did he not anticipate the consternation that his statement would put in the minds of Saint Lucians at that time? With no factual basis did he not realize that in his pathetic attempt to attack the prime minister and score cheap political points he was simultaneously hurting and blackening the good efforts of all players working hard and tirelessly, some putting their health at risk, to protect Saint Lucians, he included?

Even worse is that Mr Pierre followed that with an erroneous statement which could have been easily verified and for which he nervously and embarrassingly had to alter, that Prime Minister Chastanet failed to attend an important CARICOM Covid-19 meeting in Barbados, all of which begs as to what really was behind Mr Pierre’s thinking and motives. Still restless and to further embarrass the Prime Minister he laced that with a childish remark about Mr Chastanet and some ‘Ti Ponche’ drink, trying to link it with the Barbados meeting. However, verification showed no connection and so another faux pas by Mr Pierre.

But in an opportunity to display cooperation, Mr Pierre defended his and his party’s failure to show goodwill and contribute to a publicly advertised fundraising national telethon for the benefit of hard working front-line workers citing that he was not invited. Seriously Mr Pierre? An invitation to be associated with a noble cause? On such an occasion sincerity and commitment should have trumped any aspect of an invitation and driven his party’s participation. But with his temperament one would more believe he preferred no part of it simply because he would have perceived it as being ‘points’ for the government. Sadly he missed the real picture.

Further we must also remember Mr Pierre’s quick withdrawal of Mr Ernest Hilaire, his party’s representative, from the planning committee the government organized for the way forward. Even for the reason advanced they should have in the national interest maintained their presence or was it yet again an attempt to embarrass the government?

In New Zealand, acclaimed as one of if not the most successfully country to have countered the virus one of the documented reasons was a very early commitment by their opposition party to fully cooperate with and support the efforts of the government of Prime Minister Jacinda Ardern. It is noteworthy that very early she introduced aggressive restrictions including implementation of a state of emergency, in a similar manner to what Prime Minister Allen Chastanet did here.

Wanting to be this country’s leader Mr Pierre goofed on his first major outing by his failure to display character on such a serious international matter. Being in the opposition it would not have been that difficult but simply required sincerity, mature thinking and a strong dose of statesmanship. Yes, sincerity which only comes from the heart should have been the foundation for Mr Pierre’s actions and responses.

Unfortunately he succumbed to his usual petty and childish actions for political gain, preferring instead to perch himself and deliberately unleash malicious falsehoods to create embarrassment and confusion. Not surprisingly his narrow mindset would miscalculate that to fully support the fight would be helping not country or even the government but instead the UWP or worse Allen Chastanet and that characterizes the man Philip J. Pierre. So question: Would such a short coming have been of sufficient concern to reflect his party’s evident reluctance to pave the way for his earlier rise to party leadership?